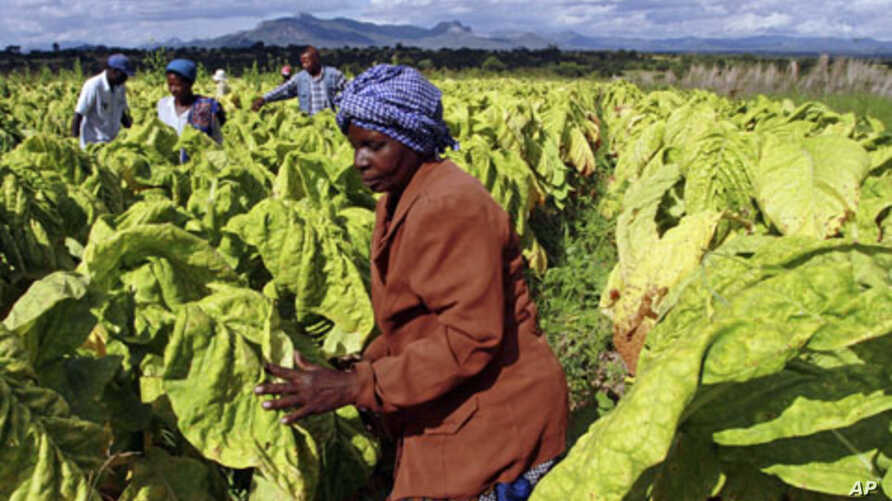 THE 2020/21 tobacco marketing season, which came to a close on Wednesday this week, has recorded nearly US$523 million in sales, an increase of 21% from last year.

Tobacco is Zimbabwe’s second-largest foreign currency earner after gold, with China and South Africa being the major buyers of the golden leaf.

According to the latest statistics from the Tobacco Industry and Marketing Board (TIMB), farmers delivered tobacco worth US$522 625 552 while last year’s sales were US$401 602 791.

This year, 188 887 997 kilogrammes of the golden leaf were sold with over 93% of the sales coming from contract-based schemes.

In Zimbabwe, the crop is mainly produced through the contract system where buyers provide the farmers with the inputs for tobacco farming.

This season also saw the average price of tobacco going up to US$2.77 from US$2.44 last year.

“These sales mean that more and more farmers are adopting tobacco as a cash crop and they are going into an enterprise that is actually generating them money,” he said.

“If you actually look at the average sales, they exceeded the normal range that we are used to. So this gives us confidence because it shows that we are going somewhere.”

The remarkable rise of Zimbabwe’s tobacco farming comes after production plummeted from the previous peak of 260 million kgs in 1998 to a low of 48 million kgs at the height of the country’s hyperinflation in 2008.

Growing demand from China and funding from private tobacco companies have boosted output in Zimbabwe.

Although the country is the largest producer of tobacco in Africa, only 1.5% of the crop is channelled toward local processing, with the rest being exported in raw form.

Dune also said it was important to organise a localised tobacco funding framework that would see the proceeds circulating in the country.

“Last time we had a ministry (of Agriculture) organised workshop on localising tobacco funding because you might be well aware that currently tobacco funding is done by offshore funders and that money is just taken outside the country.

“So if funding is localised, for example Pfumvudza tobacco, it will mean that the money will carry on circulating locally,” he said.

Despite the country registering significant strides in tobacco sales this season, TIMB statistics also revealed that 83 513 bales of tobacco potentially worth US$17.81 million had been rejected this year alone.

This is a 12.29% increase from last year which saw US$14.87 million worth of tobacco being declared a loss.

Point-of-sale rejection of tobacco is due to various reasons, including bales being overweight or underweight and bad handling, resulting in excessive or inadequate moisture and moulds. Farmers can also reject the sale on the grounds of price.

The statistics also showed that the biggest number of rejects came from contract-grown tobacco were 56 772 bales potentially worth US$12.22 million were rejected.

Responding to an email sent by The NewsHawks, TIMB public affairs officer Chelesani Moyo said farmers should adopt correct measures when handling their bales so as to avoid losses.

“To help curb the rejection of bales for the above-stated reasons, there is need to undertake correct curing and storing mechanisms for the tobacco before delivering to the market. There is also need to ensure correct classification and grading when packing the tobacco,” she said.

Zimbabwe is the largest producer of tobacco in Africa and ranked fourth in the world.

Who is the next ZNA commander?