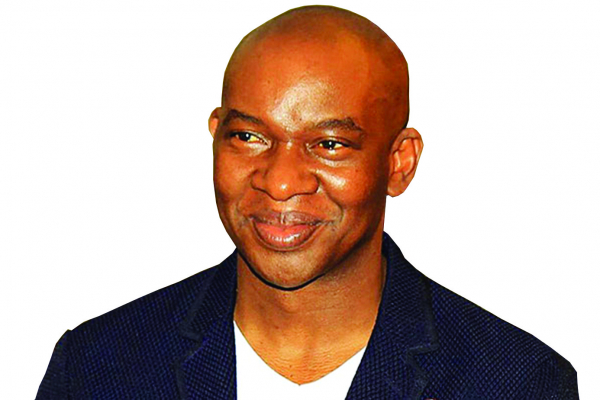 Tich Mataz is arguably one of the finest broadcasters to emerge in independent Zimbabwe with his swag, charisma and commanding voice. The television and radio personality is a role model to many despite his chequered past. Mataz, born Tichafa Matambanadzo in 1969, has had an illustrious career and is still pushing the envelope. Mataz (TM) speaks to The NewsHawks’ Jonathan Mbiriyamveka (JM) about his religious beliefs and his survival skill he calls “Ngwavhenja”, a street name for a hustler. Read the excerpt:

JM: It is been long since we last spoke. What have you been up to lately?

TM: Well, I’m doing all kinds of things. You know, the world is fast becoming a global community, so I’m trying to position myself to be able to provide a product that can go beyond our borders. If you look at China, if you look at India, if you look at all the progressive continents, what they’ve done is they have been able to address global demand and in Africa we seem to be lacking in that department almost entirely. Africans are merely becoming consumers.

All we do is import products made by other people and, in return, we take our money out to buy fancy clothes, fancy cars, jewelry, perfumes all kinds of crazy things when we should actually be exporting because everything that the world needs in terms of raw material comes from Africa.

So it’s an absolute abnormality. Africa really should be the centre of the world economy. It’s just that Africans have not been taught or exposed. And the foundation from which we can begin to set up some of these enterprises has not been set, this is why we are lagging behind, so you find Africans are consumers and we are manpower. So, I am trying to do things quite differently in order to make a difference.

JM: You have been on and off radio. Why did you leave radio?

TM: Well, I had a great opportunity to establish one of the first private stations outside of ZBC, Star FM. I think we were a winning team and even the composition and the direction we wanted to take was really different from what ZBC was offering, so at Star FM I had a fantastic opportunity to do what I do and love the most, which is radio, but I think that in terms of progression and in terms of extrapolating value from radio, Zimbabwe has not even started yet. So I will be back on radio. I am working on something and I hope to be back in the driver’s seat in the next two to three months.  I look forward to that.

JM: We seem to have duplication across all the radio stations in the country which are sounding the same. Why is this so?

TM: Indeed, so quick listen on radio. Radio is the mouthpiece of the nation, of the community of the people. It’s the voice of the people and what is the voice? Voice represents ideas, inspirations, hopes, dreams of a nation, so when we were coming out of colonialism we inherited RBC (Rhodesia Broadcasting Corporation) and boyz dzanga dziri Mozambique (the guys who were in Mozambique) Charles Ndlovu (Webster Shamu), they were the big presenters representing the new nation, they had an understanding and appreciation of what it is that they needed to do for the people since they were the voice of the people.

Now for obvious reasons, a lot of people who understood radio and the power of radio and generate value from radio they left pakatanga kungoshata zvinhu (due to economic collapse) and those who remained behind didn’t understand radio saka vanombo potsa potsa (so they mess up). We now have radio which is not offering anything fresh and new. I’d like to implore fellow broadcasters to really look at what this nation needs at a time such as this.

We need people who think differently. We need quality presenters, people who understand anything good in anything you gotta be able to pray, to be organised, to do a lot of research, to be able to create value in broadcasting. We don’t just want people who want to sound like others on one station to the other — that needs to be sorted.

JM: A number of TV station licences have been issued. Would you also go for television?

TM: I am so excited about what is happening in the word today, the digitalisation. I did say we are now part of a global community and borders have been circumvented. Borders are no longer prohibitive, they cannot stop the flow of information. I will go back and tell you that in the last five to 10 years YouTube is now the biggest television station.

It has the biggest digital content the world over. The information industry is explosive and it’s gonna change the way people do business for the next 50 years. That is where television is. Television used to be centralised, it used to represent the colour and texture, sound and culture of a people; now if you are not careful, if you can’t create quality, the quantum, the style and the excitement that a nation requires, you can have as many television stations as you want but people will not be interested.

The onslaught of digital media is pretty much an avalanche. So, I’ve thought about it. I’m working on something with a couple of locals and international people. And we should be going live soon. Let’s see what happens.

TM: Wonderful question, there is no African content, ladies and gentlemen. There is almost a negligible amount of African content. Africans have by their very nature been greatest storytellers, but we have not been able to create systems that allow for us to document, to create libraries and to capture great amazing stories about Africa, if you look at National Geographic you will be surprised from the cameraman and producers to the voiceovers will be done by Caucasians.

What does that tell you? Africa has got to wake up. The African story needs to be told. As long as the story of the lion is told by the hunter, it will always be distorted. So Africa let’s get into content creation, content farming, let’s produce, let’s sell content and go out and do what we should.

JM: We understand you have switched to banking, are you still in show business?

TM: Yes, I’m into banking now, real estate as well and also into trading, because it’s natural, there is a lot of exchange of money. I think that’s what we need to do as Africans.

JM: You were once a musician, how far true is the saying that all deejays are failed musicians?

TM:  It’s a gift, the industries are very similar, if you are gonna be DJ you gotta love, you gotta have passion for music. I would say without a shadow of doubt that we were pioneers of urban grooves. My friends, my buddie Alex Goho, Bob, he is in the States, Tsitsi I think is in Canada, some of our band members as Pyramid way back in the day, they’ve left the country.

But it was exciting then it was something new, we were pioneers. I wouldn’t say I failed really, but the industry is still underdeveloped, it hasn’t been monetised, it should be, there are enough cents to go around in the industry to ensure that those who are practitioners can get some kind of income, it’s something that we have to look at as Zimbabweans and as Africans.

JM: You have been working with several men of God and now with Prophet Sanyangore and Prophet Angel. Tell us how you relate with them.

If you have a plan for yourself and if the two don’t correlate, you are in trouble. If there is something I’d like to say to each and every living human being it is: fulfil your destiny. One of the things when I was growing up is I was very anti-religion, anti-church because I didn’t understand.

People hadn’t brought the God that I know, the Jesus that I know in the way gospel is being preached today so a lot of people have no relationship  or  understanding of God because they haven’t been told the truth about it so by my very nature I wanted to know what this was about so there was migration from things that I used to want to do, to love to do and to understand and started moving towards Christians so that I could learn.

JM: Are these men of God real?

JM: You often describe yourself as a “Tsvagist” what do you mean?

TM: Ini ndinotsvaga, my guy, handitomboregere,  kwazvinoputika ndokwandino mhanyira (I will never stop hustling and I go where it happens). I wanna learn, I wanna go to my grave empty having investigated, having participated, having experienced as much as I can and I hope I can, you know, turn down the light and say yeah I’ve had a fantastic life on earth saka ndiri mutsvagist ndikuda kutsvaga kuti zviri papi (I’m keen to find out what is happening).

JM: Would say you are a mercenary?

TM: No man! I’m aggressive when I need to be, I’m not a bad guy, I’m not out to cause problems or kushaisa vamwe (to be a stumbling block to others). I just see myself as somebody who rises to the occasion.

Vumba Jazz Festival on the cards