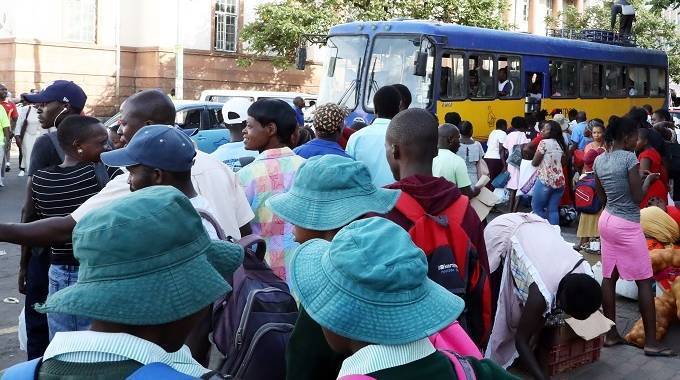 ...MPs shut out from ownership inquiry

THE Zimbabwe United Passenger Company (Zupco)’s monopoly on the public transport system has opened a can of worms amid reports that Parliament was blocked from making inquiries on the procurement, ownership and whereabouts of over 500 purchased buses in the wake of a severe transport crisis.

While thousands of Zimbabweans, particularly in urban centres, struggle for transport on a daily basis, President Emmerson Mnangagwa has on several occasions officially launched buses that are rarely seen on the roads except on Zanu PF occasions, a puzzle that has raised questions.

Businessman Kudakwashe Tagwirei (pictured), who is the proprietor of Sakunda Holdings and another company linked to him, Landela Investments, is said to have interests in the procurement and control of the buses amid questions on whether the proper processes were followed in their acquisition. Mbizo member of Parliament Settlement Chikwinya, who is also the Citizens’ Coalition for Change (CCC) secretary for transport, said the transport crisis is a manifestation of misgovernance and lack of policy clarity by the Zanu PF government.

“These are effects of state capture by Tagwirei, who now unilaterally runs Zupco with no one in government able to raise a finger because they all have their hands deep in his cookie jar,” Chikwinya said.

On how the buses may have been acquired, Chikwinya, who is also a member of the Parliamentary portfolio committee on Transport, said the MPs who tried to probe the matter were blocked. “The buses that are said to be bought by government are only paraded and seen on ZBC-TV and state media yet there is very little or nothing to show on the roads,” he said.

“Parliament has tried to investigate the transparency of the transactions to determine if it is true that these buses were bought by government, but the legislators were shut out of the inquiry, the reason being that the buses were bought by private players participating in a government-Zupco scheme hence Parliament had no right to investigate where there are no public funds used,” Chikwinya said. “The ownership remains murky, but all shadows reflect the image of Tagwirei.”

Local Government minister July Moyo, Finance minister Mthuli Ncube and their transport counterpart Felix Mhona were cited as respondents in the matter in which the applicants are seeking the courts to compel the government to release details of a bus supply deal with Landela Investments, a company linked to Tagwirei. The company is said to have purchased the buses for Zupco at US$58 900 each and sold them to the government for US$212 962 each.

Parliament has since summoned Moyo to present a ministerial statement next week on the issue of Zupco buses and is expected to answer questions on bus procurement, the monopoly and ownership arrangements.

“Therefore I move that the minister of Local Government comes to Parliament with a ministerial statement where MPs bring issues from their constituents as we interrogate on the viability of Zupco and see how best we can assist our commuting public,” Chikwinya told Parliament on Tuesday.