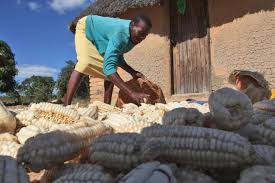 THE quality of support being extended towards farmers in Zimbabwe is not doing much to increase yields, hence the need to urgently address other deeper structural problems bedevilling the country’s agricultural sector, a recent report by the International Labour Organisation (ILO) has observed.

The survey, titled Labour Market Diagnostic Analysis (LMDA), says agriculture is one of the sectors with huge potential to create employment in the country, yet it remains choked by a number of measures which are not addressing the real problems.

The report observed that while the command agriculture programme did not involve subsidies, since farmers were bound to reimburse the loans when they delivered their output to the Grain Marketing Board, “In practice, however, non-repayment rates range between 30% and 40%.”

The LMDA report said these and other farming support programmes have not managed to turn around the country’s agricultural sector. “These programmes, however, have not been able to increase output or productivity.

The subsidies for tobacco and cotton producers were allocated without any type of conditionality, and it is unclear why a 100% inputs scheme is still in place for cotton growers,” said the report. Regarding Command Agriculture (now renamed Smart Agriculture), the LMDA observed that evaluations showed that while farmers who benefited from the programme utilised more inputs than the non-Command Agriculture farmers, there was no significant difference in maize yields. The survey therefore urged the authorities to urgently consider key fundamentals like lack of infrastructure to avoid overdependence on rainfed agriculture for operations.

“This limits their production as they must wait for the single rain season and have the land fallow the rest of the year, affecting returns from the land. At the same time, electricity is a problem for those farmers who use power for operations such as irrigation and greenhouses,” the LMDA said.

The survey observed that most commercial farmers in Zimbabwe are “relatively new” to farming as they obtained land after the land reform programme and they lack the skills needed to improve productivity. “Very few have market intelligence and knowledge of the requirements to enter export markets for specialised products in horticulture and flowers.

It is estimated that post-harvest losses in Zimbabwe are significant: 33% of the product is lost before reaching the market,” the report said. It observed that prevalence of “subsistence” farming also remains a problem with half of the land that can be used for agriculture being “owned” by small, subsistence, farmers who cannot achieve the necessary economies of scale to be competitive and access commercial markets on their own.

“Most farmers use “land offer letters” from the government as the document to demonstrate land tenure. Most financial institutions do not accept these letters as collateral. With many new farmers not having other assets, banks cannot finance their operations, limiting framers’ access to working capital,” the LDMA said. The report slammed the current system of output subsidies, and the government monopoly in the purchase of grains, benefits a few producers. On the other hand, it harms businesses that engage in processing activities and compromises the development of value chains. — STAFF WRITER.