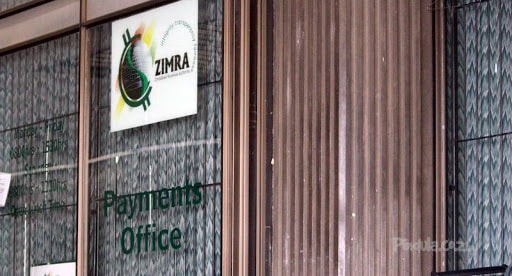 THE Zimbabwe Revenue Authority (Zimra) says several measures put in place to fight corruption within its system have begun bearing fruit, after two houses, shares and a Porsche belonging to a former employee were forfeited to the state in June this year.

Several employees at the country’s tax collector have been accused of corruption, prompting the authorities to come up with a cocktail of measures to combat the scourge.

The measures include the anti-corruption hotline that can be used to anonymously report corruption, the #I’mForZero campaign, the implementation of the Money Laundering and Proceeds of Crime Act, lifestyle audits, the Corruption Diagnostic Assessment Tool (CDAT), among others.

Zimra loses millions of dollars in taxes through corruption every year and, according to US-based Global Financial Integrity 2021 report, the southern African nation has lost US$1 billion in the last 10 years through trade under-invoicing, which is just one form of tax fraud among many.

Zimra head of corporate communications Francis Chimanda revealed in an interview that the measures have yielded positive results.

“Illicit financial flows have been identified and revenue recovered from cases reported using the hotline and whistleblower facilities. Lifestyle audits have resulted in ill-gotten wealth (properties) being forfeited and confiscated under the Money Laundering and Proceeds of Crime Act,” he said.

“Two houses, shares and Porsche vehicle were forfeited to the state in June 2022 as a result of intensive parallel financial investigations carried out on a former Zimra employee.”

Chimanda said the implementation of the Money Laundering and Proceeds of Crime Act has resulted in suspected tainted properties being frozen or served with restraining orders.

“The #I’mForZero campaigns rolled out to Manicaland, Matabeleland South, Masvingo and Harare so far have enhanced positive collaboration and cooperation between Zimra and its stakeholders,” the Zimra spokesperson said.

He said CDAT, which Zimra developed, has seen the authority focus on performance effort areas and this, coupled with the criminal prosecution of those involved from within and outside the organisation, has resulted in a declining internal corruption index.

Taxes are a major source of government revenue, with Zimbabwe collecting a total of ZW$491.49 billion during the first half of the year.

The cumulative net revenue collections were up from an initial target of ZW$359.16 billion for the first half and rose about 84% from ZW$195.17 billion at the end of the comparative 2021 period.

In April this year, the Zimbabwe Anti-Corruption Commission (Zacc) said it was going after officials at Zimra, who it accused of fuelling corruption at the country’s borders.

The anti-graft body said the country’s borders had become enablers of high-level criminal activity, including drug trafficking, livestock theft, money laundering, and smuggling of minerals, which it says is costing the country about US$1.8 billion per annum in illicit financial flows.