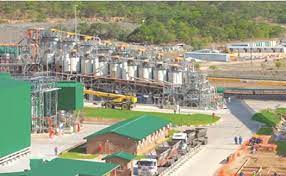 ZIMBABWE’S platinum output increased by 11% to 120 000 ounces (oz) during the first quarter of this year compared to the corresponding period last year, the World Platinum Investment Council (WPIC) has said.

DUMISANI NYONI
During the first quarter of last year, output stood at 108 000 oz.

Zimbabwe holds the world’s third-largest proven platinum reserves after South Africa and Russia, and what it produces has an impact on global output and pricing trends.

Three major mining companies operating in the country include Impala Platinum’s Zimplats, Unki, a unit of Anglo-American Platinum and Mimosa.

In its 2021 first quarter report, WPIC said global supply in the period under review was 7% higher than in the first quarter of 2020.

“The Anglo-American Platinum converter plant that returned to operation in early December 2020, ran throughout the first quarter of this year, while platinum mines in South Africa operated without any of the shutdowns to prevent the spread of Covid-19 experienced in Q1 (first quarter) 2020,” WPIC chief executive Paul Wilson said.

“Nornickel (Russian-based) lost production due to mine flooding, but this was largely offset by a one-off release of platinum from pipeline material as a new processing plant was commissioned. First-quarter recycling supply was 18% higher year-on-year, mainly on price-driven higher jewellery recycling,” he said.

The report shows that demand in the first quarter jumped by 26% year-on-year to 1 969 000 oz on a continued demand recovery across all end-use sectors.

Platinum industrial demand, up 44%, automotive demand, up 8% and jewellery demand, up 22%, all benefited from government stimulus measures and pent-up demand as lockdown measures continued to be rolled back in many economies, it said.

“South Africa is expected to account for the majority of the forecast refined production recovery as mines return to full operational capacity after 2020’s Covid-19-driven shutdowns, while the early December 2020 recommissioning of the ACP Phase A unit will see the plant operate at capacity through the year,” it said.

“Russian supply is expected to fall by 12% due to the combined effect of a concentrator shutdown and mine flooding impacting production during the second and third quarters of the year.

“In contrast to the refined supply recovery, recycling supply is expected to grow by only 3% (64 000 oz) versus 2020 levels due to auto catalyst processing bottlenecks and difficulty in financing higher value material stocks limiting growth,” WPIC said.

Zimbabwe is expected to produce 457 000 oz this year, up 2% compared to what was achieved last year.
With more than a billion people vaccinated globally, WPIC said the prospect of economic recovery is being met with increasing optimism.

“While some consequences of the severe economic haemorrhage of the prior year may still be unclear, the aggressive monetary and fiscal stimuli introduced by many governments and the release of pent-up consumer demand, support a rapid return of industrial and economic activity.

“In addition to stimulus packages, many governments are designing strategies to align more with the climate action agenda, adding further impetus to the attraction of green technology metals such as platinum, albeit over the longer-term,” it said.

For this year, both platinum demand and supply sectors are poised to benefit from rapid recovery from the effects of Covid-19, WPIC said.