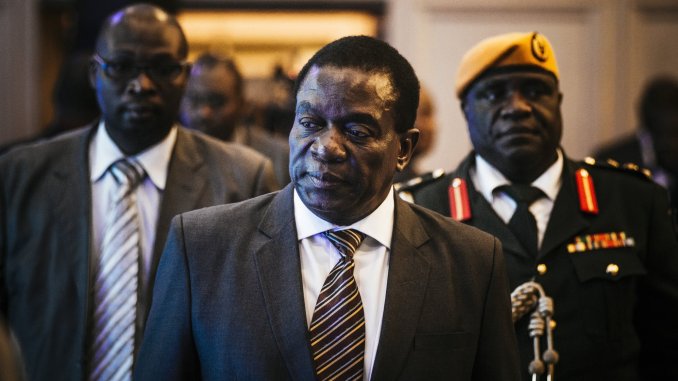 Zimbabwe’s constitution is clear regarding citizens’ fundamental rights and freedoms, as well as the need to create strong institutions to guard against corruption. However, 40 years after the attainment of Independence, citizen efforts at safeguarding the Constitution remain a challenge.

Today, Zimbabwe again finds itself at a tipping point amidst a deepening political and economic crisis. However, this is not the first time the regime has been faced by a crisis of this nature.

There have been several occasions since Independence where the country has seemed to be on the brink of economic or political collapse. It is therefore useful to ask why, despite so many “near-tipping points” over the past two decades, Zimbabwe has essentially not tipped over? What has sustained autocracy?

Robert Mugabe’s administration set the precedent of amending the Constitution whenever it was considered an obstruction to the unbridled exercise of executive power.

This liberation war narrative, which usually fails to acknowledge instances of gross human rights violations carried out by liberation movements against their enemies, has largely been used to accord primacy to the military (Joint Operations Command) and the liberation struggle aristocrats.

It has also been used to erode civilian authority, reducing citizens’ right to demand accountability to “a third party, suspect regime change agenda”. This liberation war pact is one of the factors that has disabled Sadc, comprised of other states whose governing parties were formed as liberation movements, from taking decisive action against Zimbabwe in spite of a clear record of human rights abuses.

Duskalkis and Gerschewski, whose work has focused on understanding autocratic rule, argue that “autocratic governments make claims about why they are entitled to rule. Some autocracies are more talkative than others, but all regimes say something about why they deserve power.”

This has been the case advanced by Zimbabwe’s Zanu PF party. Born of the liberation movement and in spite of post-independence malfeasance that has crippled the nation in delivering on sustainable development priorities, it still advances a right-to-rule agenda. It does this by monopolising the definition of what it means to be a patriot and how Zimbabwe’s sovereignty should be asserted.

Secondly, autocratic legitimation in Zimbabwe has been achieved through the direct undermining or failure to uphold the rule of law by government. However, it has also at times been achieved by simply eroding any substantive content of the law.

As academic Alex Magaisa writes, “even the worst dictatorships can claim to be compliant”, and rule of law must not be confused with democracy or good law. A legal system should also make substantive efforts to advance social justice and promote good governance.

The highly contested 2013 Constitution was a citizen undertaking towards these substantive aspects of law that sought, among other issues, to curtail executive power. However, the November 2017 coup-ordained Emmerson Mnangagwa administration has only reversed the substantive gains intended by this constitution, and gone on to deepen autocratic control under the guise of Covid-19 regulation.

The autocratic hold of the Mnangagwa administration is not the result of a weak citizenry. The dangers of speaking out in Zimbabwe are well documented.

The abductions, arrests and inhumane treatment of MDC Alliance MP Joanna Mamombe, journalist Hopewell Chin’ono and opposition leader Jacob Ngarivhume, among others, all bear testimony to the dangers of speaking out. Nonetheless, Zimbabwe’s citizens have engaged in valiant acts to safeguard their Constitution throughout the country’s post-independence history.

In 2000, citizens called for a repeal of the Lancaster House constitution, culminating in a constitutional referendum. Thirteen years later, citizens participated in the Copac facilitated constitution-making process that led, in the year 2013, to the present Constitution. The citizens’ ardent calls for the then president Mugabe’s ouster in November 2017 was reflective of this quest for a return to constitutionalism.

However, the political elite preyed upon this through Operation Restore Legacy, a coup that was deceptively packaged as an urgent need to restore political order and deliver on the long elusive economic stability. Three years on, the November 2017 guard is engaged in a well-calculated mission to entirely wipe out whatever remnants there may still be of citizen space for participation, and demanding leadership accountability.

Thirdly, autocratic legitimation has been achieved through coercion and politicisation of the police and judiciary. The presidential prerogative to appoint judges has enabled the appointment of partisan individuals who operate not in service to the citizens but to their appointing master.

The recent outcry by judges against Chief Justice Luke Malaba’s alleged interference in their passing of judgements confirms this capture of the judiciary. Further to this, the latest development in the President’s reversal of the salary and benefits suspension conditions on Justice Erica Ndewere’s case confirms that the judiciary has departed from its constitutional mandate.

The Supreme Court judgement that has served in the decimation of the leading opposition MDC Alliance party in Zanu PF’s quest to create a de facto one-party state is another case in point.

Capturing the judiciary has also allowed for rampant corruption and created what North et al have termed a “limited access order” where leaders “grant political elites privileged control over parts of the economy, each getting some share of the rents”.

Political elites involved in recent scandals include the President’s own son Collins Mnangagwa and former minister of Health Obadiah Moyo—both implicated in the Covidgate scandal—as well as Henrietta Rushwaya, recently arrested for attempting to smuggle 6kgs of gold to Dubai, to name a few.

In some of these cases, the police and the courts have ensured selective application of the law, preforming what has come to be termed a “catch and release” approach of these elites while detaining the whistle blowers.

The decimation of these institutions to partisan entities leaves citizens with nowhere to seek redress in the context of violence and corruption with impunity. The violence, marked by arbitrary arrests, often accompanied by degrading inhumane treatment, abductions, forced disappearances and extra judicial killings, are all measures designed to curtail citizen agency.

In the absence of a total repeal of the current system, there is not yet an end in sight. As Nick Cheeseman observes, ‘the more coercion they use, the less willing they are to step down and face possible prosecution for the abuses they committed in office.”—Good Governance Africa.

About the writer: Sikhululekile Mashingaidze is a senior researcher in the Human Security and Climate Change (HSCC) project at Good Governance Africa.

Covid-19 and the shrinking democratic space in SADC