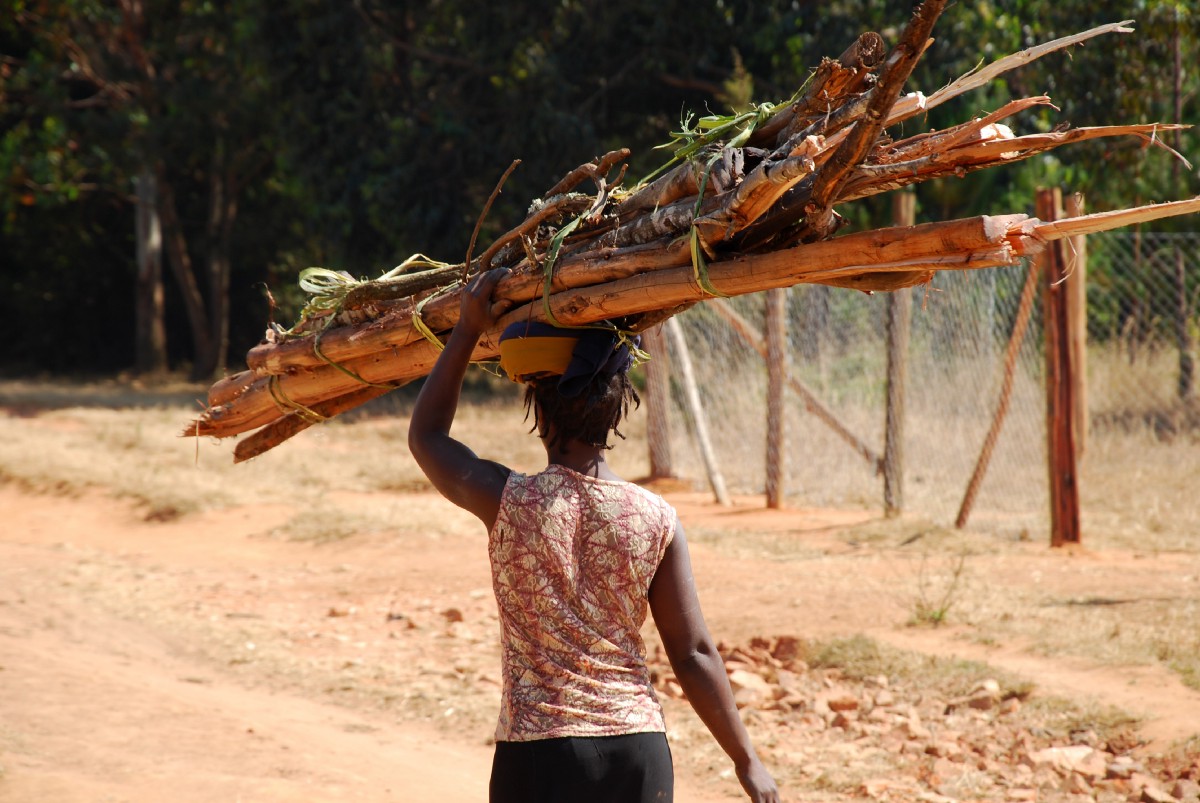 IN Zimbabwe, it is mainly women who collect and use fuelwood. The more women cut down trees for household energy needs, the longer it takes to find and fetch wood. Women are thus trapped in a cycle of increasing labour and environmental degradation.

National policy has responded to this by giving environmental protection a gender element.

Zimbabwe’s environmental policy seeks to involve women specifically. It sees the need for natural resources like fuelwood as a female need. From this perspective, it is women who should protect those resources.

Some scholars, too, have entrenched this idea that because women need environmental resources for their livelihood, they are concerned with nurturing the environment.

But in a recent paper I argued that women do not have an inherent relationship with nature. Rather, the relationship is socially constructed. And environmental legislation in Zimbabwe has not helped women. It has instead perpetuated fuelwood scarcity.

Focusing on women only in environmental policy is too simplistic. To incorporate gender fully into policy is not to “add” women. The problems of women are due not to their biological difference from men, but to their social relationship. In this relationship, women have been systematically subordinated.

In my study, women were

agents of environmental degradation because of their social position and class relations. Failure to accept this reality, and the attempt to construct a special women-environment relationship, obscures important policy analysis. When the emphasis is on programmes and projects that address women’s practical needs (such as growing woodlots), it doesn’t change their place in the division of labour. Nothing changes about women’s position in society.

My study took place in the Buhera district of Manicaland province in Zimbabwe. As in other rural districts, most of the population do not have electricity. Only 14% of rural people have access to electricity. In urban areas it is 86%. Many people living in rural areas cannot afford alternatives such as liquefied petroleum gas. The poor depend on fuelwood.

I conducted qualitative fieldwork between September 2016 and January 2017, with follow-up interviews in 2021. I spoke to women and men in the village and to some government representatives. We discussed the legislation relating to environmental protection and how it affected the collection of fuelwood. I wanted to understand how women survive and how they relate to the environment.

The government officials I spoke to saw women as environmental nurturers. One senior forestry official, for example, told me that it was mostly men who broke the law:

Normally women do their things properly.

Yet a police community liaison officer told me that most of the people caught poaching fuelwood were women.

Interviews with women gave a contrary view to the government official’s observation. I asked women: “Are you close to nature as mothers?” One respondent captured the typical women’s view:

We just do not wake up being mothers of the environment. There are determinant factors. Women are not the same – some of us are poor and for that reason, the cost of living forces us to cut trees unsustainably. Woodlands have become part of our livelihood system.

Women in my study showed greater resentment of the environmental legislation than men did. One said: On one hand, the Environmental Management Agency is tough on us and on the other we have to depend on our husbands more than before. We don’t have anything of our own…

Another said: “To talk conservation to those without fuelwood is talking nonsense. They say harvest dead wood or prune wet branches selectively. Where is dead wood?. Grow woodlots – where is the land for that?”

In Zimbabwe, women tend to be culturally excluded from owning land. One respondent said: “Even in marriage, land is for men. Trees grow on the land.

Another respondent said the laws protecting the environment might have good intentions, but deprived people of their “natural rights”.

Fuelwood scarcity is also a power struggle among women themselves. One woman put it like this:

We do not allow anyone from any other ward to come and harvest wood here. What is here is for us, the local inhabitants.

Environmental degradation causes women like these villagers to suffer. But their burden is not inherent. Women’s experiences are shaped by political, economic and social factors. For example, land is inherited through the male line. Culture has power over written law. Even if men and women have equal rights over the land on paper, in practice trees serve the interests of men first (for example, used as construction poles) before fuelwood is considered.

Fuelwood scarcity for women comes from the sexual division of labour, the gendered control of production resources and decision making and gender ideologies.

The conventional view of “adding women” to environmental management because of their supposed knowledge may add more problems to their existing burdens.

For equality and sustainable development to be achieved in environmental policy, women issues should be considered in context. Gender and environment are the outcome of power and should be approached as such.

About the writer: Ellen Fungisai Chipango is a post-doctoral research fellow at the University of Johannesburg in South Africa.–The Conversation.