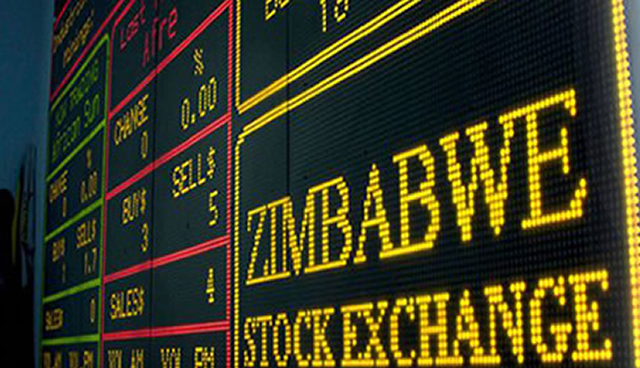 This a paper presented by Dr Alfred Mthimkhulu, Bard Santner Investors executive director, at the Confederation of Zimbabwe Industries congress in Harare on Thursday. The presentation was titled Listings, Acquisitions, (de)mergers and Vertical Integration: Implications for Competition, Entrepreneurship and Economic Growth in Zimbabwe.

I STARTED trading on the Zimbabwe Stock Exchange mid-1990s as a finance student. It was a season of listings and I enjoyed it very much. I know I’m not the only one here who enjoyed it because that nostalgia has been expressed numerous times in this congress.

I fondly remember walking into a UDC office, “the money people”, to drop a bank-certified cheque to follow my rights in the rights issue of the finance house. I also recall submitting my Econet initial public offering (IPO) subscription form to the financial adviser, National Merchant Bank, itself having raised capital a few years earlier by means of a dual listing in London and here at home.

At about that time, an obscure entity, Innscor, reverse-listed into a small cap. That was an acquisition. Today that then obscure entity is a conglomerate. In that era, we were using our capital markets to seed and scale local businesses and that is the primary function of capital markets, trading is secondary. I will stay in the 1990s a bit.

I am in my final year. We have a lecturer who is an investment manager at one of the largest pension funds in the country. One afternoon, he leads us in a debate on which IPO was better: the Seed Co IPO or Discount Company of Zimbabwe IPO.

Looking back, I cannot miss that abstract yet real picture of the nexus of academia/research, industrial development policy, capital markets, and the private sector. I have sketched that nexus below.

The goal of an industrialising economy is to expand that nexus. The best and easiest way to expand it to its biggest is to merge all circles. In the tail-end of the 1990s, a thesis took root in our financial market and private sector, as proxied by listed companies.

The thesis was that shareholders are better-off in a niche or focused business than in a conglomerate and so began the era of de-mergers. How the thesis came up is important to discuss. It came out to justify corporate raids of the 1980s in the US wherein junk bonds were issued to finance acquisitions.

The debt financing the acquisitions would then be repaid from disposal of seemingly peripheral assets. The real game there was playing around with price-earnings ratios and asset valuations. Nothing new was being created in the real economy.

That’s de-mergers. I will now share two stories from elsewhere to reflect on the implications of mergers and acquisitions for industrial development in Zimbabwe bearing in mind that mergers rouse more attention of the competition authorities than de-mergers.

The first story is perhaps overtold. It is from a developing country called the United States of America. The other is an amalgam of stories from a developed economy called South Korea.

Lessons from US and South Korea

In recent years, I have been fascinated by the pace and scale of industrialisation in post-Civil War America (1865 to 1913) and wondered if we could draw insights from that period. One interesting story is of course that of three young men, among them John D. Rockefeller Snr launching what would become one of the largest businesses in the world, Standard Oil.

The sector was new and many jumped in for a quick buck. The three were in it for the long haul. They executed a series of mergers and acquisitions in the oil boom city of Cleveland and ended up controlling 80% of output. They then created efficiencies in the new large entity, thanks to resultant economies of scale. New products were introduced.

A diverse value chain emerged. Jobs were created. Long story short: at the centre of US industrialisation were very large monopolistic businesses. At its peak, Standard Oil had about 85% of the kerosene market in the world. Some of what we learn from the likes of Standard Oil is as follows: there were no proper containers for crude oil when they started so they ventured into making them; trains had no suitable cargo cars so they made the cars; railroad companies were unreliable so they bought them or at least devised ways of controlling them. It all worked because there was a strong centre in the large corporate entity.

The large corporate entity was not just an industrial holding company but an internalised capital market for the firm and the economy. In fact, industrialists of that era, even across the Atlantic, were in themselves financiers often rescuing the entire financial system, meaning that capital markets and industry were almost perfectly merged.

There is a caveat to this sweet story. Industrialists of that era got away with many things we cannot get away with today, the most significant being competition laws. It was only in 1911 that the US enacted their first set. It is understandable that they passed the laws that late.

Why? Because the industrialisation mission was on course or already met. As I was scribbling what I have just said, I was reminded of an article Andrew Carnegie wrote in 1908 lobbying for removal of import tariffs from 35 years earlier: “Today [steel manufactur ers] need no protection … because steel is now produced cheaper here than anywhere else”.

At that point, the developing country called the United States had achieved its mission. That is a story or two from a long time ago. Because of the stories’ datedness and because of our couched sensitivities to anti-trust behaviour of big businesses, we are wary of learning from such a long time ago, the era of “robber barons” as it is called.

We prefer learning from more recent times when humanity had presumably become more civil. South Korea began aggressively industrialising mid-1960s – that’s when we locate modern[1]day origins of the likes of Samsung, Hyundai, LG Electronics and so on. In the Table we see very large businesses: Export-oriented businesses; research-intensive businesses. To us, it whispers the imperativeness of mergers than de-mergers in deepening the industrial sector, it whispers the imperativeness of acquisitions and new listings at the most ambitious scale imaginable.

But there is a trade-off between the bold pursuit of competitiveness and domestic compliance to competition laws.

The unasked question is: What do we seek to achieve: To be seen as compliant or to be globally competitive?

We learn from history that we will be kidding ourselves if we say both can be successfully pursued simultaneously.

Yet, if there is something unique in Zimbabwe’s capacity to nurture local-cum-globally competitive firms, it is the country’s well-established capital market boasting three stock exchanges, one of which trades in the world’s most used currency.

With perhaps good reasons, local firms are yet to make use of these capital markets. But, none will doubt that industrial Zimbabwe is on the rise when prospectuses of IPOs, rights issues, mergers and acquisitions are found in our offices’ waiting rooms along the usual newspapers and magazines. We must look forward to that. I do.

*About the presenter: Dr Alfred Mthimkhulu is the executive director of Bard Santner Investors, a subsidiary of Bard Santner Markets Inc. He is an economist and former stockbroker, as well as National University of Science and Technology and Stellenbosch University alma mater