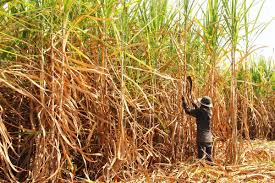 OVER 2 000 sugarcane cutters in Triangle and Hippo Valley Estates have gone on strike, demanding an increase in their wages.

The strike, which began last week, has significantly affected the sugar industry as milling of cane has been reduced by half, with reports that the two mills at Hippo Valley and Triangle are now relying on cane deliveries from outgrower farmers.

The development has forced Tongaat Hulett and the main workers’ union in the sugar industry to convene an emergency meeting to discuss the welfare of the grieving workers.
The collective bargaining meetings, which were last held in 2019 due to factional fights within the Zimbabwe Sugar Milling Industry Workers’ Union (ZISMIWU), kicked off on Tuesday this week.

Efforts to get a comment from Tongaat Hulett Zimbabwe acting corporate affairs and communications executive Ushe Chinhuru were fruitless, as he was not answering calls to his mobile phone.

However, a senior executive at Triangle told The NewsHawks that sugar milling is currently reduced due to the ongoing strike by cutters.

“The strike started last week, but things worsened at the weekend when our haulage trucks were grounded in Area Three of Hippo Valley due to shortage of sugarcane. The cutters are demanding better renumeration than what they are getting. They are now reporting for duty, but are not finishing their daily tasks, waiting for the outcome of the meeting between their union and the employers,” the executive said.

ZISMIWU secretary-general Faster Gono told The NewsHawks that he was in a meeting aimed at ending the strike. He promised to provide the details after the meeting.

“I am currently in a collective bargaining meeting meant to end the ongoing strike. I will come back to you with all the details at the end of the day,” Gono said.

He said collective bargaining meetings were last held in 2019, leaving workers at the mercy of employers who are now taking advantage of the situation.

“The ZISMIWU intra power struggles negatively affected the functioning of the National Employment Council activities, like the collective bargaining, worsening the already pathetic conditions of workers in the sugar milling sector, leaving employees at the mercy of the employer who would drop some crumbs as and when he felt too exposed to continue drawing super profits from slave-like labour. Since mid-2019, there have been no wage negotiations in the industry, the only other time wages were reviewed was in 2020 when the government intervened and imposed an RTGS$2 500 minimum wage across all sectors. This is the gazetted statutory minimum wage in the industry.”

“Grade A1 covers mainly manual labour like cane cutting, weeding etc. The task is heavy and requires much energy yet this necessary energy cannot be reproduced. The only option then for the workers is to withdraw labour. Thus, in the last few weeks workers were on a show of displeasure, they were incapacitated to complete their daily allocated tasks.

“Their incapacitation affected other chains of production. The cane haulage and cane tractors were indirectly forced into action and there were no loads to load. The employer responded by improving the bonuses for cane cutters which is calculated on the quantity or tonnage one would have harvested. It is a carrot by the employer to make them complete their given tasks. This attitude is not only unfair but akso parasitic,” Mutero said.

He said the company is paying them a basic wage of ZW$4 500 per month, plus cost of living allowances and bonuses, resulting in workers of their grade taking home ZW$15 000.

Chauke added that outgrower farmers are now paying US$10 for a five-tonne stack of cane and experienced cutters can cut two stacks per day.