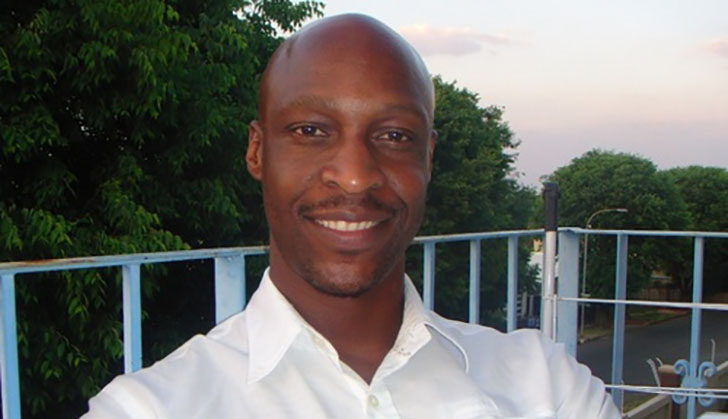 ZIMBABWE’S diplomatic relations with Rwanda face a new test as it emerged a prominent Zanu PF and anti-sanctions activist has launched a tirade against President Paul Kagame.

Apart from denouncing the Rwandan leader on his digital platforms, Rutendo Matinyarare (pictured), the chairperson of Zimbabwe Anti-Sanctions Movement and founder of Zimbabweans Unite Against US War Sanctions, is accused of downplaying the genocide against the Tutsi in 1994.

The Zimbabwean activist is being accused of fomenting tensions among Rwandans whose country was torn apart during the genocide against the Tutsi in which the hardline Hutu government ruthlessly exterminated Rwandans on ethnic lines.

One million people died in cold blood over a period of 100 days. This has disturbed officials at Zimbabwe’s Foreign Affairs ministry who are keen to strengthen relations with Rwanda, a key and strategic country that is lobbying for the removal of Western sanctions on Harare.

Rwanda, the current chair of the Commonwealth, is also working to have Zimbabwe readmitted into the Anglophone grouping. What has further concerned those in the cor[1]ridors of Munhumutapa Building is that Matinyarare is known to work with the ruling Zanu PF and the government in lobbying against sanctions.

“It’s important for this guy to be restrained because the agenda he is promoting is dangerous,” said one official based at Munhumutapa Building.

“We all know that he works with the party and government so we can’t allow him to foment ten[1]sions among the people of Rwanda. Rwanda is very sensitive to what he is doing.”

This is the second time that the warm relations between Harare and Kigali have been put under the spotlight after it was discovered early this year that the most wanted Rwandan genocidaire, Protais Mpiranya, had been harboured by Zimbabwe until his death. Mpiranya’s remains were embarrassingly discovered by the United Nations at a grave in Harare’s outskirts.

Matinyarare, based in South Africa, is accusing Kagame of stoking the genocide against the Tutsi in which a million people were killed. In addition, Matinyarare is also portraying Kagame as a threat to peace and unity on the African continent.

Surprisingly, on the same platforms, he praises and defends the Zimbabwean President Emmerson Mnangagwa, the ruling Zanu PF and its senior officials.

On his blog post, Matinyarare accuses Kagame of shooting down the plane carrying the then Rwandan president Juvenal Habyarimana so that “he could justify taking power by force”.

However, expert reports have concluded that the plane was hit by missiles fired from a camp occupied by Habyarimana’s own presidential guard.

This completely absolves Kagame and his Rwanda Patriotic Front soldiers from the plane attack. But writing on his anti-Rwanda platform, Matinyarare wrote: “Most Rwandans (300 000 Tutsis and 600 000 Hutus) murdered in the Rwandan genocide, were massacred by Kagame’s RPF forces, to sell the story that he took up arms against a democratically elected government to stop a genocide.”

He repeated the claims this week on a broadcast interview he posted on his Twitter account. However, the sentiments incensed a multitude of people who questioned his knowledge of the genocide against the Tutsi and denounced him for being a genocide denier whose agenda is to stoke tension among Rwandans.

Ironically, Matinyarare also disputes the number of people killed during the Gukurahundi genocide in the Matabeland and Midlands regions, arguing that there were 1 437 total deaths, 1 134 killed by the 5 Brigade, 116 by the regular army, 24 by the Central Intelligence Organisation, 29 by Zanu PF youths and 110 killed by dissidents, apartheid terrorists and criminals.

“Where do we get 20 000 dead?” Matinyarare queried on his Twitter handle on 23 September. On Rwanda, he castigates Kagame, saying “he is no Pan-Africanist, he is a dangerous tool of the west, no different to CIA agent Mobutu Sese Seko” Zimbabwe and Rwanda have so far signed an array of bilateral agreements aimed at enhancing trade and investment ties.

Several companies from Zimbabwe are setting base in Rwanda whose economy is fast growing. Rwanda is also recruiting professionals from Zimbabwe to fill skill gaps in its economy. — STAFF WRITER

Sanctions not root-cause of crisis: SA