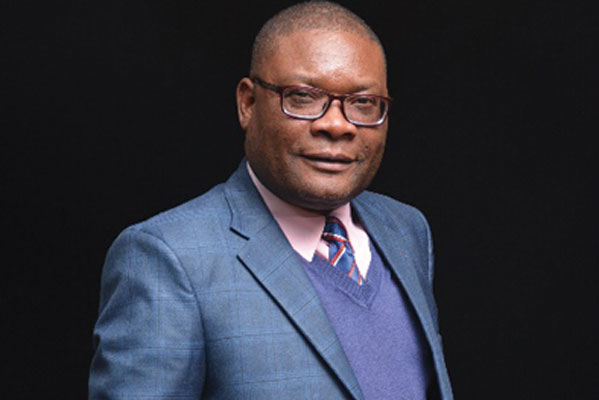 Commenting on the issue in the context of the Intra-African Trade Fair (IATF2021) in Durban this week, Chizema, a Zimbabwean, said the country could benefit through exports channelled to the AfCFTA.

“We need to push our exports into the AfCFTA. I’m sure we are stereotyped since independence that the European markets are more rewarding. Back then in the 1990s, Zimbabwe was among one of the top five big exporters to the Comesa (Common Market for East and Southern Africa) region alongside Egypt, and Kenya,” Chizema said on a public debate forum.

“We have gone through a big wave of de-industrialisation since late 1990s and it’s now catching up with us. We should thus focus on the AfCFTA. It helps us navigate the sanctions mantra overnight as it de-risks us politically. Government should prioritise industrial rehabilitation.”

AfCFTA is a flagship project of the AU’s Agenda 2063, a blueprint for attaining inclusive and sustainable development across the continent over the next 50 years. It aims to boost intra-Africa trade by providing a comprehensive and mutually beneficial trade agreement among the member states, covering trade in goods and services, investment, intellectual property rights and competition policy.

The second IATF2021, from 15-21 November, is held by the African Union, African Export-Import Bank (Afreximbank) and South Africa. It provides a platform for sharing trade, investment and market information, and enabling buyers and sellers, investors and countries to meet, discuss and conclude business deals, while offering a platform for businesses to access an integrated African market of over 1.2 billion people with a GDP of over US$2.5 trillion created under the AfCFTA.

In Durban, Afreximbank signed a US$1.04 billion facility with the Nigerian National Petroleum Corporation to finance the exploration of petroleum. Afreximbank president and chairperson Benedict Oramah said the bank will invest US$40 billion to boost trade activities within the African continent in the next five years.

IATF 2021, which was initially supposed to be held in Rwanda, is expected to attract over 10 000 attendees from across Africa, with US$40 billion of trade and investment deals set to be concluded at the event, meaning the conference offers unrivalled business and commercial networking opportunities and will boost intra-African trade and investment. Attendees were able to see 1 100 exhibitors showcasing their goods and services, while business-to-business and business-to-government exchanges provide opportunities for further deals, business matchmaking and networking.

Ramaphosa said at the Inkosi Albert Luthuli International Convention Centre in Durban, venue of the event, the trade fair aspires to create a single market for goods and services across 55 countries, ensuring a market of as much as 1.2 billion people with a combined GDP of US$2.5 trillion. Mnangagwa told journalists in Durban that he found the trade fair “excellent”.

“This trade fair will serve as a unique platform for facilitating trade and investment information exchange in support of increased intra-African trade and therefore it paves the way for the effective implementation of the African Continental Free Trade Agreement (AfCFTA).”

Chizema said the free trade and intra-Africa trade areas were the new biggest hope for the continent. “Back then in the 1990s, African Development Bank (AfDB) had a facility code, Industry Rehabilitation Fund, that was hosted through the then Zimbabwe Investment Centre and had concessional rates helping companies access funding for industrial retooling,” Chizema said.

“We could prioritise this in our engagement with the AfDB and Afreximbank rather than waste precious capital borrowing to defend the US$ exchange rate. We have little control over that given that even the US does not like us. Zidera, for instance, is a big threat. We should develop Zimbabwe using local currencies, and afford the Reserve Bank of Zimbabwe the full mandate to preside over monetary policy so as to bring back financial sector confidence. People are not saving because there is no credible monetary regime to cover them. We should fix those risks to unlock growth in domestic savings, and hence stronger economic recovery and growth in the medium to long-term. There is no country that has developed using a foreign currency. It’s very uncompetitive for exporters, we all know that. AfCFTA is specialisation and competitiveness.” —STAFF WRITER.