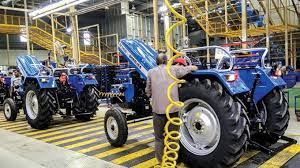 THE Zimbabwean government’s breathtaking incompetence has been laid bare, once again.

On 13 October 2006, the government contracted a US$200 million loan for farm mechanisation equipment.  The loan was collateralised with mining rights to 26 million ounces of platinum, worth US$23 billion at today’s price.

As if securing a US$200 million loan by giving away platinum rights worth US$23 billion was not catastrophic enough, the government went on to parcel out the equipment to Zanu PF elites in a ruinous looting frenzy. The pampered bigwigs did not pay back the money. Instead, the authorities offloaded the loan repayment burden onto the shoulders of long-suffering taxpayers.

Through such incompetent, corrupt and opaque deals, the Zanu PF government is stealing not only from current citizens but also from future generations.

Of this amount, Ncube says, US$1.768 billion is owing. But Harare East legislator and former Finance minister Tendai Biti says Ncube’s calculation is wrong: when you subtract from US$2.7 billion the US$152 million which Harare has repaid, you get US$2.5 billion, which should be Zimbabwe’s correct official debt to China. It is vital to emphasise that these are official figures. Considering the government’s track record on matters of transparency and accountability, it would be naive to believe that the authorities have made a full disclosure.

For decades, there has been plenty of evidence showing that the Zanu PF government’s debt management methods are scandalous.

Take a look at the Farm Mechanisation Scheme. That programme was a crime scene.

Picture this: the government contracts a US$200 million loan from China on disastrously unsustainable terms. After that, the authorities begin parcelling out tractors, combine harvestors and other equipment to Zanu PF bigwigs. When the elites refuse to pay back, the government offloads the loan repayment obligation onto the shoulders of taxpayers through outrageous “debt assumption” trickery, euphemisn for unmitigated looting.

The joke is on the taxpayers who must pick up the tab. Not only that, future generations will pay through the nose.

This is negligence bordering on outright criminality. The politically connected beneficiaries of the Farm Mechanisation Scheme are well known. Why are they not paying for the equipment? Why should a law-abiding citizen — already burdened by Zanu PF’s corruption-induced poverty — pay dearly for the actions of heartless looters?

The Finance minister’s disclosure of Zimbabwe’s debt to China in the National Assembly this week is the first time the government has revealed, in considerable detail, what the country owes the Asian economic powerhouse.

The mortgaging of future natural resource revenues is irresponsible behaviour by political leaders who ought to know better. This is very risky, in the context of an authoritarian kleptocracy in which the elites are borrowing for consumption and rent-seeking purposes — instead of borrowing for economic production.

The government has no legal authority to continue contracting loans collateralised with mineral revenues without parliamentary approval. Such reckless conduct is a manifestation of systemic corruption. This is how states are captured.

Government policies and actions must serve the interests of citizens and not rapacious political overlords who are driven by self-serving ambitions.

As matters stand, there is reason to believe that the official debt is grossly understated. Official debt data must be consolidated.

The country’s debt crisis is a product of high-level corruption, bad governance and a flagrant disregard for Parliament’s constitutional oversight role.

The time for an independent debt audit is long overdue. Who has pocketed those hefty loans?

Zimbabwe’s health system is in intensive care: how it got there

Why public relations is crucial component of rebranding