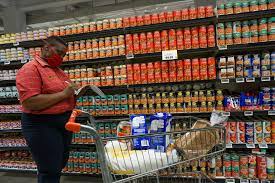 THE Confederation of Zimbabwe Industries (CZI), the organised manufacturing sector lobby group, says the country remains uncompetitive in the region despite recent economic developments which have resulted in inflation trending downwards.

“The rest of the world experienced some sort of inflation due to the effects of the Russia-Ukraine war, as well as the effects of the structural challenges due to the Covid-19 pandemic. However, for Zimbabwe this came at a time the country was already dealing with inflation. As the effects of these global geopolitical developments starts to wane, countries are experiencing a decline in inflation. Zimbabwe is no exception as its annual inflation is declining. However, the annual inflation rate for Zimbabwe is still extremely very high compared to its regional counterparts. This still emphasizes the presence of strong endogenous factors that have been driving inflation in Zimbabwe. In the month of September 2022, Zimbabwe’s annual inflation was 15 times higher than Angola, the country with the second-highest inflation in Sadc. The inflationary environment weighs down on Zimbabwe’s competitiveness, as domestic prices of goods end up being higher compared to what low-inflation countries are selling at.”

The CZI says taming of inflation, as well as the sustenance of stability over the past two months has generally shown that the greatest threat to stability is excess liquidity.

“This means that the threat to stability are the liquidity pressures that would be expected going forward. The upcoming agriculture season, for example, will require government to support farmers through the various schemes in existence. There is potential for the creation of excess liquidity which can feed the growth on money supply if payments are not carefully calibrated. “The ability to crowd in the private sector, as well as general ability to fund agriculture in a non-inflationary manner will determine the inflation trajectory in the coming months. The upcoming 2023 harmonised elections also have the potential to be a source of money supply growth unless elections are funded from the budget and payments are also carefully calibrated so as not to upset the market.”

TNF deadlock as battle for living wage rages on