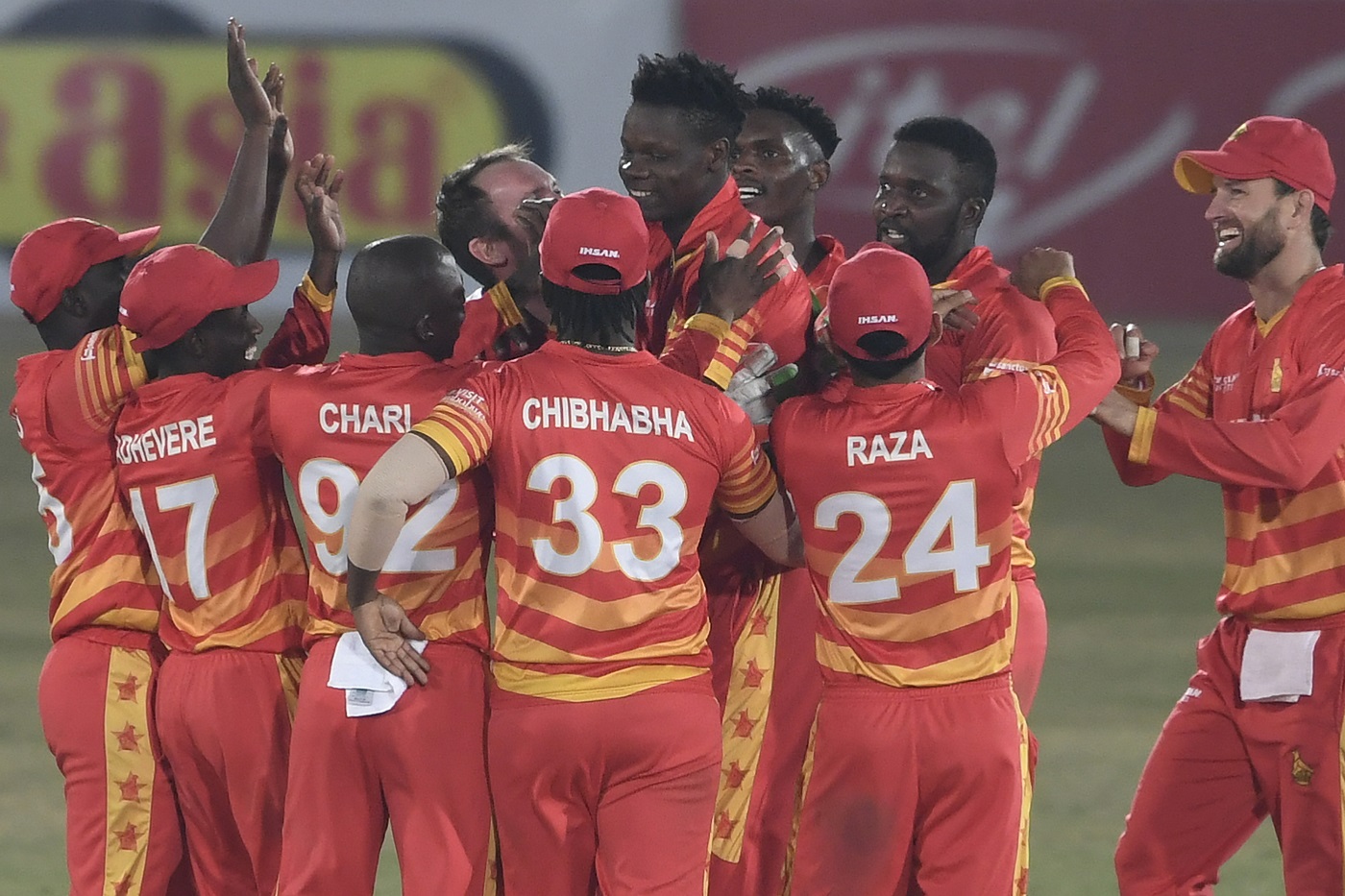 Zimbabwe's players celebrate the dismissal of Pakistan's captain Babar Azam (not pictured) during the third one-day international (ODI) cricket match between Pakistan and Zimbabwe at the Rawalpindi Cricket Stadium in Rawalpindi on November 3, 2020. (Photo by Aamir QURESHI / AFP) (Photo by AAMIR QURESHI/AFP via Getty Images)

ZIMBABWE  won the one-over eliminator in the final ODI after scoring three runs against Pakistan at the Rawalpindi Cricket Stadium on Tuesday.

Having taken five wickets (5-49) during the quota of 50 overs, pacer Blessing Muzarabani restricted Pakistan to just two runs in the Super Over, taking both the Pakistani wickets within four balls, which made the chase a cakewalk for his side.

Earlier in the day, after winning the toss and deciding to bat first, Zimbabwe recovered from 22-3 to post a pretty decent 279-run target. Their innings was anchored by centurion Sean Williams (118) after it was wrecked by Mohammad Hasnain (5-26).

Pakistan’s run chase was doomed from the start and they were 51-4 and 88-5 at various stages but their captain Babar Azam (125) and Wahab Riaz (52) almost turned the game around before falling right at the death. In the end, it came down to Pakistan needing a last-ball boundary to force a Super Over – something Muhammad Musa Khan did, courtesy a misfielding. –Agencies.

Bizarre decision that has been badly exposed