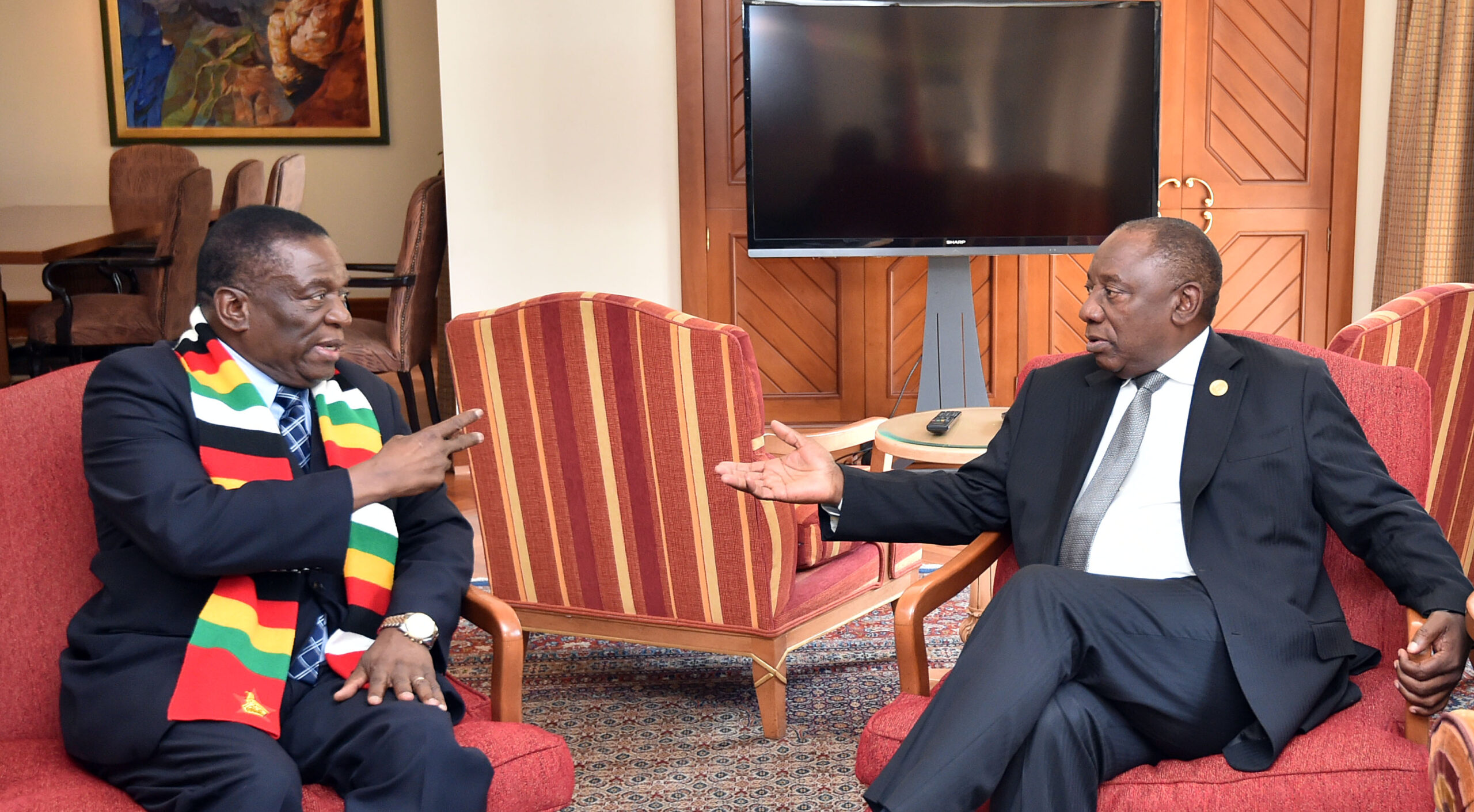 The deal was hatched in the British House of Lords on Thursday when MPs expressed concern that the polls may be marred by disputes over lack of transparency. Baroness Kate Hoey raised the matter.

“My Lords, the noble Lord, Lord Oates has outlined the shocking violence perpetrated by Zanu PF and Mnangagwa on anyone, really, who opposes the regime.”

“The economic situation is dire, and hunger is being used against anyone who opposes the regime.” “Does not the visit of the South African President — the first state visit under His Majesty the King — give the government a wonderful opportunity to work with the South African government and talk to them about how they, and other countries in Africa, can influence together to ensure that there really will be free and fair elections next year in Zimbabwe?” she asked the UK’s minister of State, Foreign, Commonwealth and Development Office, Frank Zacharias Robin Goldsmith.

In his response, Goldsmith concurred and sealed the deal.

“The noble baroness has been a champion of Zimbabwe for many years, and I pay tribute to her for that. She is right to identify this upcoming visit as an opportunity.”

“There is no doubt that South Africa, and indeed southern African countries, not least through Sadc, have a particular ability to influence Zimbabwe, far more so than we can. I am sure that the topic we are discussing today will be on the agenda when the visit happens,” he said.

Ramaphosa has already said the crisis in Zimbabwe needs to be put on the table for discussions in order to resolve immigration problems caused by the country’s citizens fleeing economic hardships.

He previously sent envoys to help resolve the crisis but was snubbed by Zanu PF officials who claimed all was well in the country.

Diplomatic sources confirmed to The NewsHawks that, as a result, the ANC was shifting to the left and abandoning its soft stance on Zimbabwe.

Again in the House of Lords in Britain on Thursday, Robert Hayward, who was one of the Commonwealth election observers in the 2018 elections in Zimbabwe, said those polls lacked credibility and urged Britain to be tougher, especially on the Zimbabwe Electoral Commission (Zec).

“My lords, reference has already been made to the elections in 2018; at that time I was one of the observers from this country on behalf of the Commonwealth, with the noble Baroness, Lady Jay.”

“The report was pretty damning, particularly in relation to the events after the general election in 2018. Can my noble friend (Goldsmith) ensure that very strong representations are made to the electoral commission, because it has been lamentable in any action? It was before the 2018 election, and there is no sign that it will enforce any form of free and fair elections next year,” he said.

The British minister promised action by Britain before next year’s elections and insisted that it was possible to pin down President Emmerson Mnangagwa on free and fair elections since he is desperate to engage London.

“We will use whatever leverage we have to maximise the chance of free and fair elections. I make a broader point: we know that President Mnangagwa wants more engagement with the UK — that is clear— and in many respects we want him to have that too.”

“However, deeper re-engagement with the UK will require meaningful political and economic reform and respect for human rights and the rule of law in line with the President’s own stated commitments when he took office. The former Africa minister reinforced that message when she met the President last year at COP,” said Goldsmith.

Jeremy Purvis weighed in with another question, cranking up pressure on Harare.

“I am afraid that this consistency is not reflected in the ministers for Africa; we will now be on our sixth in just three years. I heard the minister refer to the welcome involvement of officials with our Sadc friends. However, have there been any ministerial meetings with Sadc allies on a regional solution to ensure that there is the highest pressure for an end to political violence and the holding of free and fair elections?” he asked.

In his responses, Goldsmith highlighted that engagements were already underway. “My lords, I cannot provide details of ministerial meetings; that is not to say that they have not happened—I just do not have the details of specific meetings.”

“However, I know that at numerous international fora the then Africa minister, as well as other ministers including myself, have had discussions with neighbouring countries in the region where this and other issues have been raised. However, I will provide details on specific meetings with Sadc after this question,” he said.

They want to jail me until 2023: Sikhala