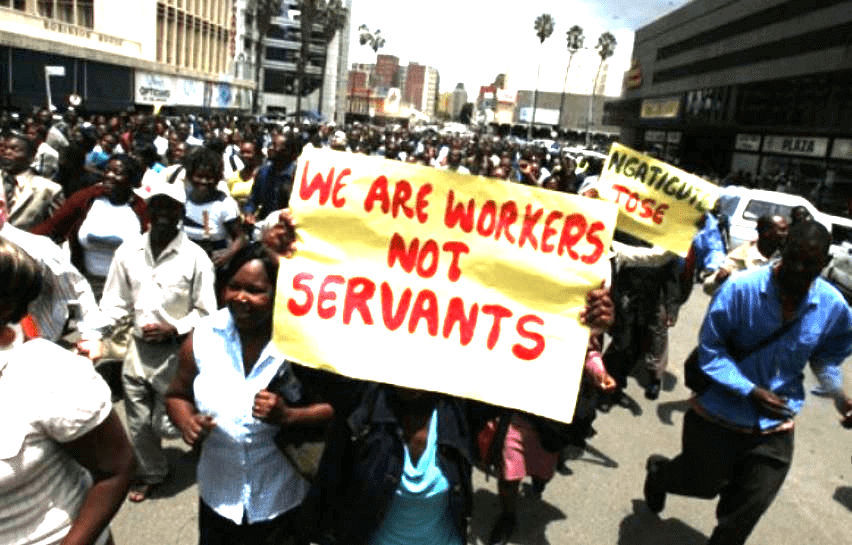 WORKERS in the mining industry have been awarded an 11.36% salary increment following collective bargaining negotiations which will see the lowest-paid employee earning ZW$24 500 per month.

DUMISANI NYONI
The new salary structure, negotiated by the Associated Mine Workers’ Union of Zimbabwe (Amwuz), the Chamber of Mines of Zimbabwe and National Employment Council for the mining sector, is effective from 1 April 2021 to 30 June 2021.

Before the adjustment, the lowest-paid employee in the mining sector was earning ZW$22 000 a month, while the highest was taking home ZW$51 025.74.

With the current adjustment, the highest-paid employee will now be getting ZW$56 824.12. Of this total amount, 50% will be paid in a US dollar component which now moves from US$140 for the lowest paid to US$145. The remaining ZW$12 500 will be paid in RTGS.

When all figures are combined, the lowest-paid grade will earn US$289.46 as calculated on the current official exchange rate.

According to a circular dated 19 May 2021, the portion payable in US dollars shall be converted to Zimbabwean dollars at the prevailing interbank exchange rate at the time of payment and deducted from the respective minimum wage to determine the balance to be paid in Zimdollars.

“For clarity, the total earnings for each grade will be equal to the respective minimum for that grade. Non-foreign currency generating companies are excluded from the requirement to pay in US Dollars,” the circular reads in part.

However, other union workers who spoke with The NewsHawks described the increment as a pittance and mockery to workers.

“There is nothing to celebrate in regards to these peanuts given to mine workers. Looking at the Poverty Datum Line as of February 2021, it was ZW$30 000 and the salaries increased by 11.36%, which is about a ZWL$2 500 increment,” the National Union of Mines Quarrying, Iron and Steel Workers of Zimbabwe (NUMQISWZ) regional officer, Abraham Kavalanjila, said.

“This was not expected even by an ECD (early childhood development) learner. No one will accept such an increment. This is an incentive for school-going learners, not an increment for mine workers. We call upon the negotiators to pull up their stocks in the third quarter.

“After all, the mining industry was working throughout the lockdown period. We also call upon the employers to have mercy on their workers in this time of suffering. A well-paid employee is a productive worker,” he said.

“We hear they have given workers 11.36%. We feel Covid-19 allowance should be considered because we have seen the mining industry posting profits during the Covid-19 pandemic. Why don’t we go for a Covid-19 allowance, appreciating what the workers have done during the deadly pandemic where everyone was at home?” he asked.

“But these people are not even considerate; they don’t even know that workers are the backbone of this economy who should be considered. The 11.36% is nothing. Any percentage of zero is zero. We are not happy with this outcome. We expected to have a minimum of around US$400. If they had failed to come up with a better minimum wage, possibly those allowances should have been considered.”

He said the time had come for all registered trade unions in the country to work together to improve the welfare of workers.

As a way forward, Chinhema said they would revoke collective bargaining at the work council level.

“The unfortunate part that we have is most of the workers’ committees that are in big mines are put there by their employers. When we put the motion to have that discussion on the workers’ council, you see the workers’ committee running away from that. They don’t want to put that as an agenda,” he said.
He said they would be using production reports at different mines.

“For example, we know what is being produced at Jena Mine. The workers at Jena Mine must be able to bargain using that production which they produce on a monthly basis,” Chinhema said.

Inflation pressures have seen the cost of living shoot beyond the reach of many in the country as prices of basic commodities have more than doubled in recent months.

Mining is the country’s largest source of export revenue and, together with agriculture and tourism, the sector is expected to anchor economic growth this year.