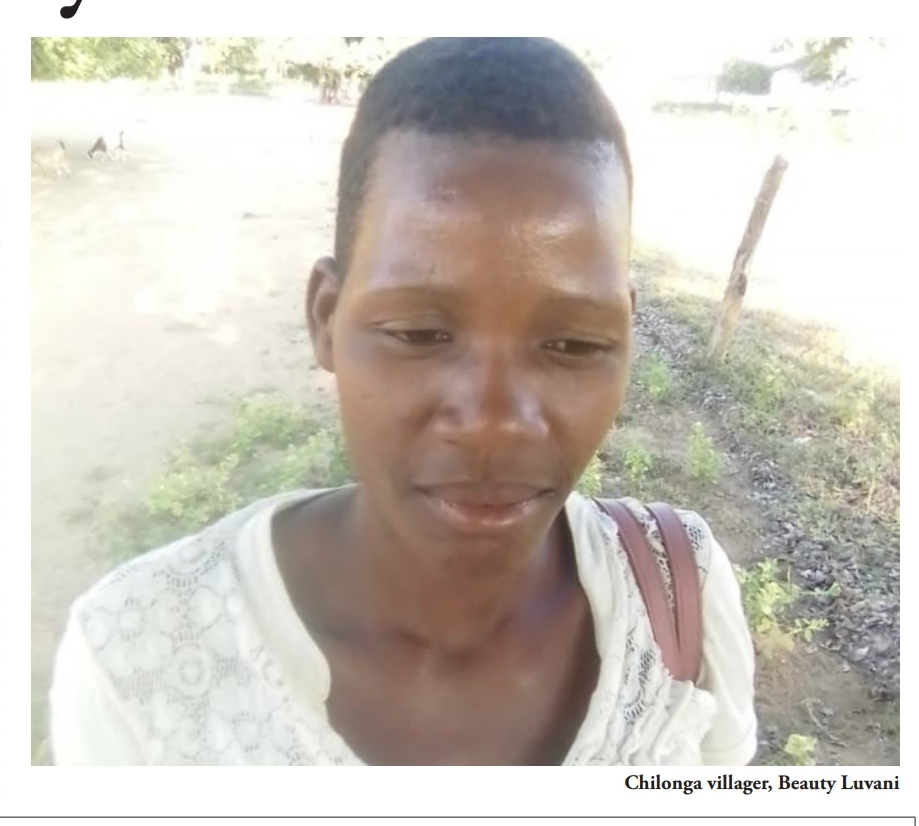 WOMEN in Chilonga say they fear losing their ancestral land which has been a source of livelihood for the community, located 35 kilometres from Chiredzi town.

BRIDGET MANANAVIRE
They are afraid of being unable to get arable land, as the government prepares to evict 12 500 villagers.

The villagers have been resisting displacement, accusing the government of hiding behind a lucerne grass project yet the real motive is to mine gold and diamonds discovered by South African diamond mining giant De Beers in the 1950s.

Women who depend on agricultural activities to provide for their families told The NewsHawks that they are being sidelined in the decision-making processes and they fear they will not be able to continue with their farming.

Civil society organisations say women are at a disadvantage as they do not have full land ownership rights as a result of patriarchal practices. Forced displacement comes with a lot of violence as well as other injustices.

“Here in Chilonga, we are able to breed goats and cattle. I could sell goats to pay fees and cater for other needs. I was able to build my home from selling cattle, and farming.

“I was able to live an okay life. Now that they are evicting us, I am not sure how we will be able to sustain ourselves and start over as someone without a helper,” Beauty Luvani, a member of the community, said.

Luvani’s friend, who requested anonymity, said the planned evictions had made her and other women anxious.

“I am a widow and I survive through farming vegetables, sorghum and maize that I take to the Grain Marketing Board (GMB). In cases where I got two tonnes, I would keep one tonne and store it in the granary so that we can have some food, and the other tonne I would sell for us to get money for school fees,” she said.

“We used to farm and harvest sorghum as well as maize. We would sell and be able to look after children and even manage to take them to school so that they can have a better future.  We do not even know if we will be able to support our families through farming as we are doing now. Even farming vegetables and selling at the market.”

Masvingo Centre for Research Advocacy and Community Development (Macrad) co-ordinator Ephraim Mutombeni said there was a likelihood of women ending up in difficult circumstances as a result of unmitigated patriarchal tendencies.

“In Masvingo (province) most of the women acquire land after the deaths of their husbands and it is even difficult for them to rent out the land or sell without permission from their in-laws. They do not have full ownership of land. This is going to widen the gap of land ownership. Security of tenure was already absent, and this is even going to make it difficult. Our concerns are whether there is going to be fair distribution of the land,” he said.

“Looking at Chilonga, it is an area where patriarchy already exists.  The current legal framework or policy does not recognise or is not deliberate on women and rights. Women are still excluded in key decision-making processes, so at the end of the day do not have a representative voice.

“In Chilonga, most village heads who are responsible for land distribution are men, the district administrator of Chiredzi is a man as well as the provincial administrator. The policies are not favourable to women and women should be involved in the land distribution so that their voices are heard.  Forced displacements also come with violence, bribery and a lot of practices women are unfamiliar with.”