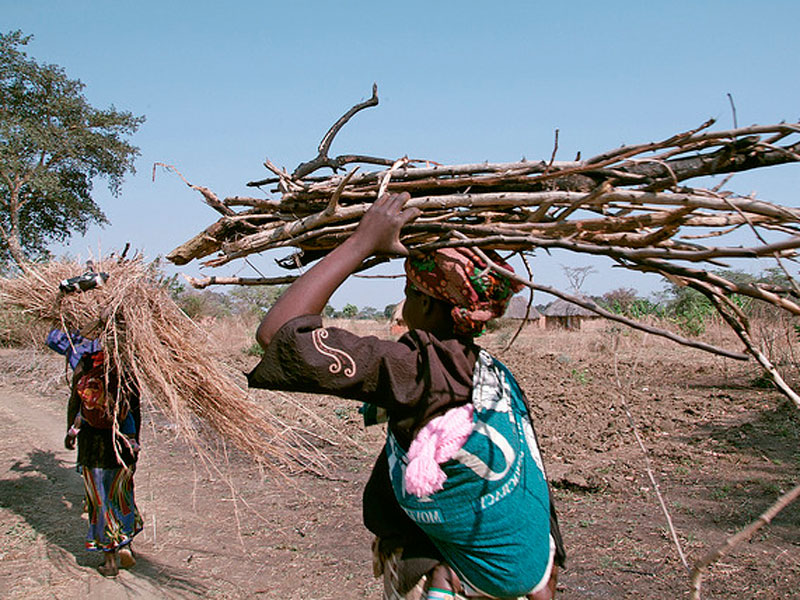 Many African countries depend on wood for fuel. About 81% of sub-Saharan African households use fuelwood for cooking. This is stoking concern about the links between fuelwood access, conservation and rural livelihoods.

Demand for fuelwood and charcoal is often thought to be driving forest degradation. Fuelwood is seen as a resource that needs to be regulated.

In Zimbabwe, fuelwood provides 61% of the total energy supply required. It’s estimated that six million tonnes of fuelwood are consumed every year.

So far government and development agencies have focused on the physical availability of fuelwood in their approach to energy and conservation. Based on this approach, diagnoses of problems and the designs for solutions have been largely based on simple models of supply and demand. But this approach ignores a critical factor – the power dynamics at play when it comes to accessing fuelwood

This oversight has led to a gap in fuelwood policy because it gives the impression that fuelwood scarcity is not a political issue. I conducted research in the Buhera district, Manicaland province, south-eastern Zimbabwe, into how rural people’s access to fuelwood is influenced by power dynamics in the form of government’s control measures. The study showed how these dynamics contribute to fuelwood scarcity in villages that depend entirely on the resource.

My study established that fuelwood was not scarce. It was available, but power relations were the determining factor in accessibility. One villager put it bluntly:

The Environmental Agency Officers came to our ward and they taught us that we should not cut live trees otherwise we will receive erratic rainfall. They told us that there is a connection between trees and rainfall, also trees help to prevent soil erosion and they warned us that should we not be careful, desertification will come soon. Ever since then, we have been following what we were taught by the experts.

It’s not clear whether this local view, learnt from the government officers, is correct.

According to the villagers, the Environmental Agency became active in their district when woodlands began to diminish faster. This was happening because the villagers were desperate for fuel, having no other options. They said the rules and regulations preventing tree felling, put in place with the stated aim of combating climate change, were mostly affecting people who needed wood for basic subsistence, not for sale.

Some research studies have argued against forestry as the best form of land use for water conservation. Forests neither increase rainfall nor prevent large-scale floods. These issues should therefore be approached in a context specific manner.

Hydrologists have challenged many assumptions about the benefits of forests. For example, they suggest that forests don’t prevent large-scale floods. Rather, their protective role against flooding is effective only in small catchments.

But in Buhera, it appears that the measures to control access to live indigenous trees are based on this flawed belief. And this unproven “expert knowledge” plays out as domination power because local people’s concern about their trees is shaped by the knowledge imposed on them by the state whose interest lies in conservation.

From the study, it also emerged that power could take a disciplinary form. It creates a disciplined population that follows the government’s regulations without question. This results in the impression that fuelwood scarcity isn’t a political issue.

Given that it’s a crime to cut live indigenous wood, the locals confessed that they always think they are always being watched. Consequently, they subject themselves to power. A villager recounted her experience:

Here, fear of the unknown is indirectly regulating the local people’s actions when collecting fuelwood. This is social control. Arguably, this proves to be a cost-effective strategy for the environmental agency, as they wouldn’t need to be on the ground all the time. Rather, the people constantly monitor their own and others’ behaviour. Thus, the scarcity they are experiencing has less to do with availability than with the villagers’ limited bargaining power.

The government and development agencies must work with people to achieve a fair balance between environmental conservation and people’s needs. They should not use power to dominate or discipline people.

As it stands, it appears that the techniques and successes of conservation need to be feared rather than celebrated. This is because of conservation’s contribution to various forms of artificial scarcity, which has the effect of denying access to the poorest. Mainstream conservation must manage natural resources in democratic and non-hierarchical ways.

About the writer: Ellen Fungisai Chipango is a post-doctoral research fellow at the University of Johannesburg.

Related Topics:Climate changeEnergyZimbabwe
Up Next