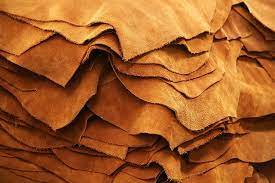 IN a bid to transform the country’s leather value chain, the government in 2012 launched the Zimbabwe Leather Sector Strategy (2012 to 2017).

But, according to a report accompanying the Leather Sector Strategy (2021 to 2030) which was launched recently in Bulawayo by Vice-President Constantino Chiwenga, most of the proposed targets were not met because of a number of constraints ranging from inadequate finance and institutional challenges.

“Implementation of the Leather Sector Strategy (2012 to 2017) was characterised by low performance in all five strategic objectives for the period. The full-scale implementation of the strategy stalled due to the general macro-economic value chain with up to 30% of hides being unaccounted for. The coordination mechanism of the value chain, which had been identified as a critical success factor for the strategy 2012 to 2017, was stalled,” it reads.

Value chain players also did not have a shared vision, it said.

On the positive side, the report said there was some investment in developing the value chain skills base through the clustering and training approach.

This resulted in the formation and strengthening of clusters in Harare, Bulawayo, Gweru, Masvingo and Mutare, with Bulawayo and Harare having equipment procured for value addition. The leather industry, previously one of the thriving industries in Zimbabwe, is currently operating below capacity due to a myriad of constraints ranging from lack of capital, obsolete technology and competition from cheap imports.

Until 2000, Zimbabwe produced 17 million pairs (of which four million pairs have leather uppers) per annum. By 2011, shoe production had plummeted to one million pairs per annum due to ongoing crises, competition from lower quality imports and exports of hides and skins.

On the demand side, Zimbabwe consumes approximately 14.3 million pairs of footwear per annum, made of leather, canvas, synthetics and plastic. With an annual production estimated at between 1 million and 1.5 million, it entails that the bulk of it is being exported.

The report says the Zimbabwe footwear bill has increased from US$2.8 million in 2001 to US$14.6 million in 2017, despite the acute shortages of foreign currency in the period post 2004.

This is a marketing opportunity that the new entrants into the industry may capitalise on.

The leather value chain was well developed, boasting of more than 10 tanneries, more than 20 footwear and leather goods manufacturing units up to until 2000.

Bata Zimbabwe Limited was among the few African plants south of the Sahara to manufacture internationally-branded sport footwear under franchise in the 1990s.

However, the industry was decimated post-2000 and today many large footwear companies and tanneries are either closed down or operating below capacity.

Footwear production is now dominated by artisans, who make two to three pairs a day.

The beef and leather sub-sectors face daunting and varied problems, key of which include low productivity at farm level; irregular supply of good quality hides and skins due to poor animal husbandry practices, lack of appreciation of the value of skin by farmers given low prices by collectors, improper flaying techniques and inadequate collection and storage system.

Some included low-level entrepreneurial and technical skills and weak institutional support as well as production of poor-quality products due to inadequate or obsolete equipment.

The newly-launched leather sector strategy aims at increasing capacity utilisation of value added products from 30% to 75% by the end of 2030; enhance the application of sustainable production technologies from the current 10% to 60% of the manufacturing companies; increase the export of leather products from 10% of production to 40%; and to lobby for the development and reform of 70% of identified policies and legal frameworks for the transformation of the leather sector.