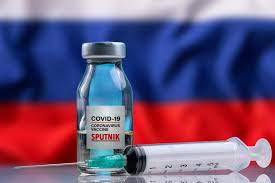 SEVERAL months have gone past since the world made breakthroughs in terms of production of certified Covid-19 vaccines, which have kindled hope for securing global immunity against the deadly pandemic.

It seemed obvious, initially, that developed states, given their huge resource muscle and being champions of vaccine production, would quickly secure immunity against the pandemic.

But not so in reality. Despite the procurement of volumes and shipments of large quantities of donated drug consignments, these alone have not guaranteed desired immunity as the rollout process has been characterised by false starts.

In Africa, in particular, vaccine rollout has become a tale of trial and error for some countries, including established economies like South Africa and a surprise milestone for others like Zimbabwe.

Having procured or received donations on time, many African states have experienced delays and challenges in actual rollout of vaccination campaigns due to a number of factors.

South Africa, despite being one of the early adopters, is into the third wave but has been struggling to roll out its vaccination exercise amid concerns over the suitability of its Johnson&Johnson vaccines and AstraZeneca jabs, which it has been forced to discard after being condemned following standard tests.

Clearly, the logistics of vaccination rollout, training of health workers, adequate support for in-country public campaigns, have also become key determining factors for success or failure of the inoculation drive. This, coupled with vaccine hesitancy emanating from misperceptions about the drugs at community level, has resulted in slow deployments in certain contexts.

As Joachim Osur, technical director of Amref Health Africa succinctly puts it: “We have concentrated so much on purchasing the vaccine and bringing it into the country”, without doing much in community education and sensitizing communities to have the vaccine.

The Zimbabwean scenario is unique, on the contrary, as the country has scored major successes on the vaccination front despite its subdued economy. From the onset, the country has been using the Chinese produced Sinovac vaccine and recently took delivery of the Russian Sputnic strand.

It would appear that President Emmerson Mnangagwa’s administration has been proactive and deliberate in planning and putting in place a supportive framework for mass vaccinations of its population. This has seen Victoria Falls, the country’s tourism city being the first to achieve herd immunity.

Zimbabwe launched the vaccination programme in February this year and was among the first African countries to do so.

According to statistics from the Addis Ababa-based Africa Centres for Disease Control and Prevention (CDC), Zimbabwe had procured vaccines for almost 900 000 people, more than 1,7 million doses by May 2021.

This was ahead of any other country in Southern Africa. Recent reports indicate Zimbabwe has performed far better than its regional peers in SADC if not some of the developed countries in its response to the Covid-19 pandemic.

The World Health Organisation (WHO) has said it was impressed by Zimbabwe’s transmission and prevention measures in containing the Covid-19 pandemic, which had resulted in low levels of infections and mortality.

The World Bank also noted in a report that despite a raft of challenges presented by Covid-19, Zimbabwe was poised to achieve economic growth through adaptations to the pandemic’s disruptions. Harare has also won plaudits from the Chinese government for the way it is managing the situation on the ground.

Recent reports indicate the country of late is being inundated by praises leading to people from other countries coming to seek healthcare services as well as requests for assistance.

The South African ANC government and its opposition are on record praising Zimbabwe’s inoculation programme, which has received worldwide acclaim, with Economic Freedom Fighters (EFF) leader, Julius Malema, saying he was contemplating visiting Zimbabwe for vaccination.

“People are being vaccinated in Zimbabwe. I am also considering going to Zimbabwe to get my vaccination,” said Mr Malema last week in criticism of his government’s failures over vaccination.

“Vaccines are available in Zimbabwe. Zimbabweans are being vaccinated, very soon you are going to be illegally crossing into Zimbabwe to go and get a vaccine.

“Who would have thought one day South Africans could cross into Zimbabwe to go and seek help. We told you when we were still even in the youth league that one day you will go to this country and ask for help. That is what is happening now.”

But the biggest endorsement and punchy messaging has been coming from the country’s leadership with President Mnangagwa and his ministers who have taken the lead in being vaccinated. The entirety of Zimbabweans have also embraced the mass inoculation programme, which has seen people receiving the first and second jabs.

The country is targeting to reach 10 million people with vaccines to attain herd immunity.

“Covid-19 is still among us and we must still remain vigilant. As a country we are doing well compared to other countries in terms of vaccination,” said Mnangagwa in a recent address while urging vaccinated people to continue observing Covid-19 rules and regulations such as wearing face masks, washing of hands and social distancing.

The lockdown measures introduced by the Government have also been credited for mitigating against the spread of the virus.

Tanya Nyathi is medical editor for FCB Health, a top Pharma Agency in New York. She holds an M.Phil in Communication Management from University of Pretoria in South Africa and an M.Sc in Journalism at Columbia University in New York. For seven years, she has been a regular health and science contributor to African news publications with a global audience.