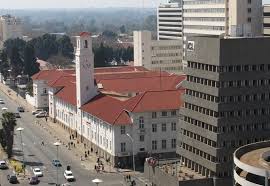 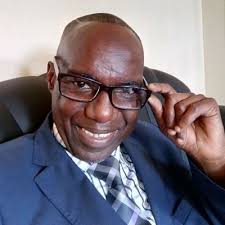 RECENT events in Zimbabwe have proven how fragile a nation’s image and reputation can be.

This is especially true regarding the consequences of official decisions. No amount of whitewashing can ever disguise “bad optics” or negative perceptions formed thereof.

The challenge is that governments and organisations have to deal with the negative effects of their actions head-on. How one deals with a crisis forms a compass. This is what the public will use to deal with the affected organisation going forward. When people lose trust in their government, it behoves on the leaders of that entity to work diligently to recover it.

It is the foundation of the state of any future relationships.

Let us put all this in its proper perspective. The perception out there is that government has a devil-may-care attitude in dealing with crises, whether political, economic or social. In fact, it views every challenge with a political eye. It becomes an “us versus them” issue, where how one is treated depends on where one stands in the divide.

When its leaders show remorse without losing their dignity, then those who are affected may allow it to pass, with not so much as a slap on the wrist.  It all hinges on how well the government communicates policies and actions. I might deem some of these unpopular, and yet may be necessary.

Governments, like most organisations, should place a great deal of importance on how they communicate their decisions with the public. It’s a basic principle that framing the messages in a way that is sensitive to its audiences should be part of its communication strategy.

It is instructive that even after a series of communication blunders characterised by knee-jerk and uncoordinated responses, an organisation may realise the folly of its ways by taking corrective measures. It is an opportunity to repair the glaring chinks in its communication armour.

The absence of a coherent communication policy driven by a well-funded communications arm is not a healthy state of affairs for a government. The well-worn adage that one has to put their money where their mouth is should make sense. Our government screams for a communication catharsis of sorts.

There is so much that is deficient with the manner in which government organises its communications. A clear lack of appreciation of the power and importance of communication in the conduct of government business tops the list.

There is inadequate budgetary support for implementing such a function. There is also a conspicuous shortage of qualified communication personnel in government ministries, its agencies and state enterprises.

Zimbabwe lacks a government-wide communication strategy. This embodies standards by which any entity can successfully deliver and implement communications policy. Setting up such a function covers the breaches clear in its body politic. Instead, the one-government approach remains a pipe dream as ministries still operate in a cloistered fashion.

The role of public affairs

Public affairs allow for the dissemination of information to stakeholders. Its goal is to push or influence public policy, building support for a government’s (or organisation’s) agenda.

For this purpose, governments find it necessary to establish communication departments.

Their mandate is to provide strategic guidance while ensuring communication of the country’s vision. They do this by communicating progress on visible and tangible implementation of government programmes at home and abroad.

Those in the profession have always lamented the inadequacy of the apparatus with which to spearhead a coherent government communication policy in the Ministry of Information, Media and Broadcasting Services. Information Ministry. Without dismissing its political role outright, we should point out that there are plenty of models to follow from around the world that the Zimbabwe government can adopt.

Neighbouring South Africa’s professional approach to handling communications through a dedicated internal structure is a case in point. The South African government considers communication to be a strategic element for service delivery to succeed. It is through its Government Communication and Information System that a structured and coordinated approach pervades government both internally and externally.

There are examples from elsewhere on the globe. The United Kingdom, besides having a comprehensive communication strategy, provides guidelines for all government communicators to follow. That is, anyone with the task of handling communications across the ministries and the public service can refer to a handbook designed for that purpose.

They go even further by evaluating government communication activity following set and measurable standards. All this information collateral is available online for reference. This is so that the professionals whose task is to communicate policy are continuously accountable.

As government communicators, they are all aware of the need to make every piece of work that they produce as effective and as efficient as possible. To do this, government appreciates the need to understand what is working well and where there is room for improvement.

In short, without a deliberate and professionally-led initiative to establish a government communication department, any efforts at informing stakeholders about government activities, policy implementation, and the sharing of their successes would be an exercise in futility.

The Zimbabwean government must set aside a significant budget to establish such a department. This should be a stand-alone entity accountable to the Secretary to the President and Cabinet. They should recruit communication professionals and empower them to start an all-stakeholder process of communication strategic planning.

The adopting of new technologies to manage and drive communication programmes is key. The entity should have the responsibility of managing all government digital platforms and estates to use them to explain and communicate government policy and messaging.

The last step is to implement programmes through infrastructure set up for the purpose.

The importance of the contribution of government communication capacity to achieving good governance outcomes cannot be over-emphasised. According to the World Bank’s Communication for Governance and Accountability Programme, governments have a responsibility to establish an environment of transparency and accountability,

The World Bank further states that providing citizens with adequate information on priorities, programmes, and activities endorses the legitimacy of the government. By extension, this stabilises the political climate in a country. When governments communicate crises, like the one being experienced, they can manage them satisfactorily.

An effective approach to promoting government’s communication capability is to focus on responsive government, media development, and communication to support various development goals. They should frame the building of capacity around obtaining public trust and reaping the positive benefits of long-term relationships with the media and the publics.

The struggle remains our birth right