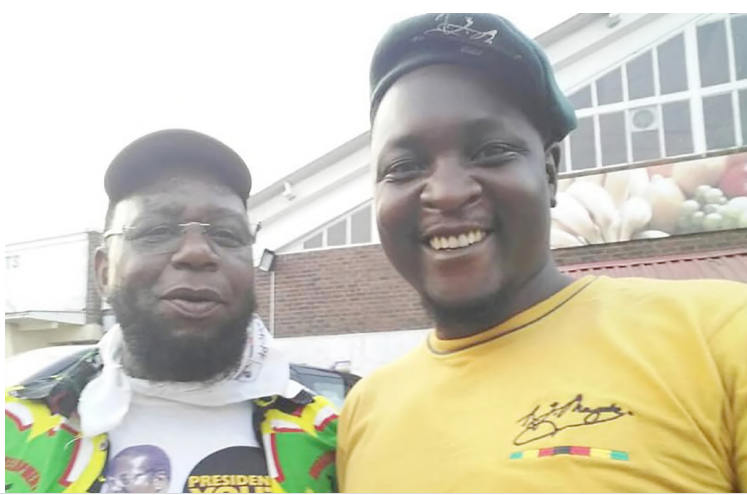 IN the aftermath of his High Court application challenging his own party Zanu PF over how it unconstitutionally and illegally convened, constituted and conducted a Central Committee meeting on 19 November 2017 to readmit and appoint President Emmerson Mnangagwa interim leader pending ratification by the extraordinary congress the following month, questions have arisen as to who is Sybeth Musengezi.

Is he a bona fide Zanu PF member? Does he have locus standi to file the case? What is his background? Where does he come from? Who is behind his court application?

Is he his own man or the proverbial tortoise on a post? The NewsHawks sought to find out. Essentially, Sybeth Musengezi is a Zanu PF Youth League member born on 17 November 1984.

Apart from politics, Musengezi has business interests in mining, and civil and structural engineering. Yet he is now facing a storm of observations and accusations, claims and assertions about why he has taken Zanu PF to court over how it restored, appointed and installed Mnangagwa to power.

One of the claims Musengezi faces is that he is the proverbial pole turtle put up there by the Zanu PF faction loyal to Vice-President Constantino Chiwenga — who is locked in a power struggle with Mnangagwa over the unresolved party leadership question after the ouster of the late former president Robert Mugabe — or G40 movers like Saviour Kasukuwere, who lives in self-imposed exile in South Africa.

Some even say he is related to Kasukuwere.

Musengezi emphatically dismisses the accusations that he is simply a tortoise on a pole.

“I’m doing this on my own supported by some like-minded youths and young intellectuals in the party. This has nothing to do with Chiwenga or Kasukuwere,” Musengezi said.

“I come from the same areas as Kasukuwere in Mount Darwin South, but I’m not related to him. I’m not working on this case with him. I have never gotten a cent in my life from him. So claims that he is involved in this matter is a blatant lie. He is not involved at all.”

Musengezi strongly supported Mnangagwa when he came to power, but was not happy with how Zanu PF had managed the process of his ascendancy, which is what he is challenging in the courts now.

Asked if he is a bona fide Zanu PF member with locus standi on this case, Musengezi said: “I am a card-carrying and paid-up member of Zanu PF”.

In his answering affidavit, Musengezi attached as annexure “AA” and “AB” his POSB statement linked to Zanu PF’s account through which he pays subscriptions as a party member and the confirmation letter from POSB, saying: “I operate the account herein described, plus a subscription receipt I attach hereto as Annexure ‘AC’. Being a member of the 1st respondent (Zanu PF) means promoting and defending the party’s political and ideological values as are espoused in its constitution.

“I have attached both my old membership card and my new, personalised electronic membership card linked to the 1st respondent’s account such that, I subscribe to the party electronically. I have attached my Post Office Savings Bank Account hereto, exhibiting transactions between myself and the 1st Respondent. It must be noted that before any 1st respondent’s member participates in any election, there is thorough vetting from the 1st respondent’s security department in liaison with the commissariat department of the 1st respondent regarding membership and standing. The President’s Department, commonly known as the Central Intelligence Organisation (CIO), also receives copies of the curriculum vitae of 1st respondent’s primary election candidates as to also do security checks, which I passed before I participated in the primaries for the 2018 parliamentary elections.” — STAFF WRITER

I have strong case against Mnangagwa: Musengezi

Mnangagwa to acquire a new chopper after scary incidents