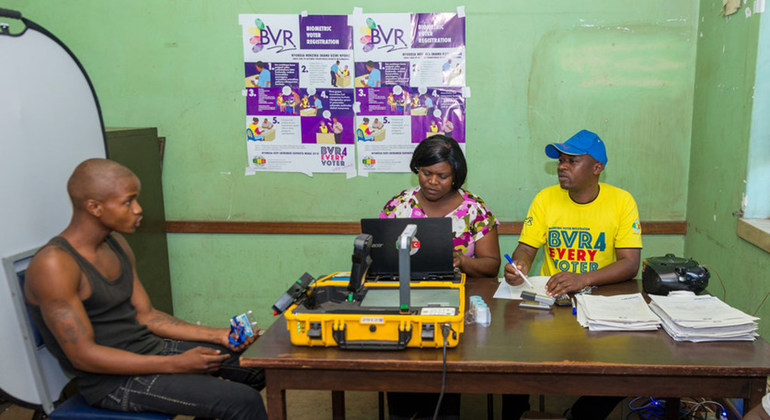 PROJECT Vote 263, a non-governmental organisation that is pushing for civic education to promote inclusive participatory democracy by encouraging people to register to vote, has expressed disappointment over the postponement of mobile biometric voter registration by the Zimbabwe Electoral Commission (Zec) without a clear reason.

Zec announced through a memorandum that the mobile biometric registration programme, which was scheduled to commence on 6 December “has been rescheduled to a later date to be advised in due course”.

Youngerson Matete, director of Project Vote 263, suggested that the postponement could be a ploy by the government to disenfranchise many youths.

“It is unfortunate that in 2018 we had a huge number of people who were not registered on the day of voting and to address this challenge we have resorted in assisting people in providing them with transport services. We were very happy and relieved to have Zec coming up with such an initiative — only to hear that they have cancelled it without a satisfactory reason,” said Matete.

“We are shattered, but we know it is part of the huge plan to disenfranchise the young people of their right to vote, knowing that 85% of the youth are unemployed and they do not afford transport to and from regional centres. The youths make up 67.5% of the total population, which will be a deciding number come 2023.

“That is why it is difficult for them to get identity cards. Youths are perceived to be members of the opposition.” Matete said voting is a constitutional right, not a privilege, and any theatrics meant to bottleneck the process is a huge disadvantage to the people of Zimbabwe.

He said besides ensuring that the Registrar General’s Office issues identity documents to Zimbabweans, there was an urgent need to educate people on the need to register while also ensuring that services are made accessible.

“The cancelation of the mobile registration has left us with a huge backlog of people who need transport to come and register to vote,” said Matete.

Biometric registration was initiated in Zimbabwe in 2017 in a bid to improve the electoral processes by providing an accurate, efficient and transparent process.

It was hoped the initiative would provide hope for a comprehensive nationwide top-up registration drive that was going to enhance the quality of the voters’ roll ahead of 2022 by-elections and the 2023 general elections.

A quality voters’ roll is important in engendering public confidence in the integrity of elections. Reports on past elections have concluded that the voters’ roll lacks credibility.

A report by the International Foundation for Electoral Systems revealed that the voters’ roll which was used in the 2013 elections contains thousands of names of dead people and double registration and was marred by the under-registration of young voters.