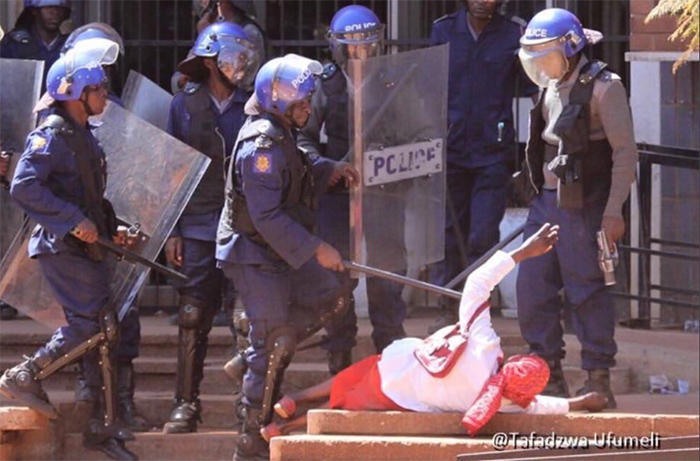 ZIMBABWE is celebrating 41 years of Independence on Sunday at a time thousands of people are stateless, with victims wallowing on the margins of poverty, struggling to access basic services like education, as a result of the country’s discriminatory laws and policies, Amnesty International has said.

NYASHA CHINGONO
The human rights watchdog said Zimbabwe’s discriminatory laws had left generations of migrant workers from neighbouring countries such as Malawi, who settled in the country before Independence, wallowing in statelessness.

In its report titled “We Are Like Stray Animals”, Amnesty International also details harrowing experiences of descendants of migrants and victims of the 1980s Gukurahundi genocide in Matabeleland.

Forty-one years after Zimbabwe attained Independence, minority groups, often labelled “aliens”, are still locked out of citizenship due to bureaucracy and discriminatory laws.

“For Zimbabwe’s stateless, everyday life is filled with obstacles. Accessing education, healthcare and employment can be a nightmare, and the sense of exclusion and rejection is soul destroying,” Muleya Mwananyanda, Amnesty International’s deputy director for southern Africa, said.

Mwanayanda urged the authorities to take steps to address what Amnesty International calls a “crisis”, by ensuring the mapping and registration of all stateless people in line with international human rights law.

According to the United Nations High Commissioner for Refugees, approximately 300 000 people are classified as stateless. The actual data has been blighted by lack of official numbers, meaning figures could be much higher, Amnesty said.

Despite attaining Independence in 1980, freedom has not been a reality for the stateless people in the country, with Amnesty International accusing the government of perpetuating discriminatory laws that disadvantage the children of migrants.

Draconian laws like the 1984 Citizenship of Zimbabwe Act deprive persons of foreign origin from acquiring citizenship.

Although section 43 of the constitution of Zimbabwe states that any resident who was born in Zimbabwe to parents with a claim to citizenship of any Sadc state — including Malawi, Mozambique, Zambia and South Africa — is a Zimbabwean citizen by birth, the piece of legislation is yet to be aligned to the new constitution.

“The Citizenship Act is not yet aligned to the constitution and continues to be used by the ministry of Home Affairs to deny citizenship arbitrarily and unfairly to descendants of migrant workers. In so doing, the Citizenship Act gives almost unfettered discretion and arbitrary powers to both executive and junior officials to deny people their constitutional rights,” reads part of the report.

“In 2001, a new law required descendants of migrant workers to renouncetheir ancestral nationality within six months, in order to be granted Zimbabwean citizenship. Many people were unable to do so because they did not hold the requisite identity documents. To be granted Zimbabwean citizenship, they first needed to prove that their parents had been nationals of other countries,” further reads the report.

The impact of statelessness is often experienced in the failure to access essential identification documents like birth certificates for children of immigrants, while those who attend school cannot sit exams.

As a result, many can neither find work nor access healthcare services, respondents said.

“Botshiwe Dube, from Tsholotsho, told Amnesty International how she went to a health centre when she went into labour, but when she could not provide ID she was sent home to deliver her children. All of Botshiwe’s children were born at home; she told Amnesty International that she feels they are treated like ‘stray animals’ because they are undocumented,” reads the report.

The report also investigates how the Gukurahundi massacres, perpetrated by the youthful 5th Brigade in the early 1980s in Matabeleland and the Midlands provinces, led to statelessness.

An estimated 20 000 Ndebele-speaking citizens were killed while the 5th Brigade also used rape and torture to instil fear in victims and the targeted communities.

Since the Gukurahundi genocide, the government has failed to issue death certificates for victims, most of whom were buried in shallow mass graves.

Children of the victims have found it difficult to access identification documents, without death certificates of their parents.

“When the crackdown, known as operation Gukurahundi, was over, traumatised survivors had to grapple with the challenges of statelessness as they were required to produce death certificates as proof of their parents to apply for Zimbabwean nationality. However, death certificates for people killed in the Gukurahundi operation were not issued, meaning that those who were orphaned as a result of the violence had no way of proving their parents’ nationality,” reads the report.

“Stateless people in Zimbabwe struggle to access housing, healthcare and education, violating their rights under the constitution, as well as international and regional human rights treaties including the UN International Covenant on Economic, Social and Cultural Rights and the African Charter on Human and Peoples’ Rights, to which Zimbabwe is a State Party.”