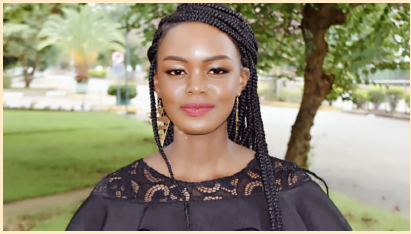 She spoke to The NewsHawks reporter Mary Mundeya (MM) on her political journey and what she hopes to do for Ward 30 if elected councillor.

She is standing as an independent candidate. Below are excerpts of the interview:

MM: Congratulations for being one of the candidates in the Harare metropolitan province local authority by-election. Is this your first time vying for such a post? What pushed you to take part?

BM: Yes, it is my first time contesting. It feels great. I love challenges and I’m hoping by facing the election head-on, I’ll be an example to young people and women.

MM: How did your political journey begin?

MM: Was taking part in the upcoming by-elections part of your resolutions for the year 2022 and how did your family take it?

BM: We got into 2022 without knowing that there would be by-elections, so contesting as a councillor was not part of my 2022 resolutions.

However, when the proclamation was made and the nomination court requirements were made public, I was like: why not? My family has no interest in political issues and they always ask where I got the courage. I’m glad that regardless of their lack of interest in politics, they believe in my ca pabilities and are supporting me in my quest of being councillor for Ward 10.

MM: What made you stand as an independent candidate?

BM: I decided to contest to become a councillor in Ward 10 as an independent candidate because pushing for better service delivery for members of my community (which I’m hoping to do) does not require me to belong to a political party.

MM: Speaking of service delivery, if elected, what are you hoping to do for Ward 10?

BM: I’m hoping to facilitate for better maternal healthcare services that women have been denied due to shortage of qualified personnel, the collection of garbage which has not been thoroughly worked on for a long time, fixing of sewer burst pipes near one of the council schools which has been a health hazard to pupils and establishing and rehabilitating recreational facilities, the lack of which has allowed a great number of youth to resort to drug abuse.

MM: How has the campaigning period been for you so far and what kinds of responses are you getting from the electorate?

BM: The campaigning period is still in its infancy. I’m delighted to be working with my friends who I was in Junior Parliament with and we are not having a difficult time with relating with the electorate as we used to engage in charity activities in the same community. I’m hoping to be elected as councillor.

So far, the community has been supportive, with some contributing resources aimed at pushing my campaign to every household in Ward 10.

As much as I’m working with limited resources, I’ll not tire until everyone in my ward hears of who I am and what I want to do for my community.

MM: Moving to other politicians, is there anyone whom you can say has contributed to your quest for political office?

BM: Well, it definitely is Barrack Obama because of his background and hard work as well as Joice Mujuru who got into politics at a young age.

MM: What is your take on Zimbabwe’s political terrain and what do you think can be done better?

BM: The political terrain in Zimbabwe is male dominated and we hardly find a handful of youth participating in parliamentary or council posts. I encourage women and young people not to shy away from taking part in electoral processes that enable them to be leaders at different levels.

MM: What is your last word to the electorate and anyone who is supporting your campaign?

BM: I’m forever grateful to my friends who, after hearing a radio program about the by-elections and the nomination court process, encouraged me to go file my papers and have been assisting me with raising funds for my campaign.

To the electorate in Ward 10, your support thus far has been overwhelming and I’m pleading that you elect me as your councillor come March the 26th.

South Africa is in a state of drift: The danger is that the ANC turns the way of Zanu PF