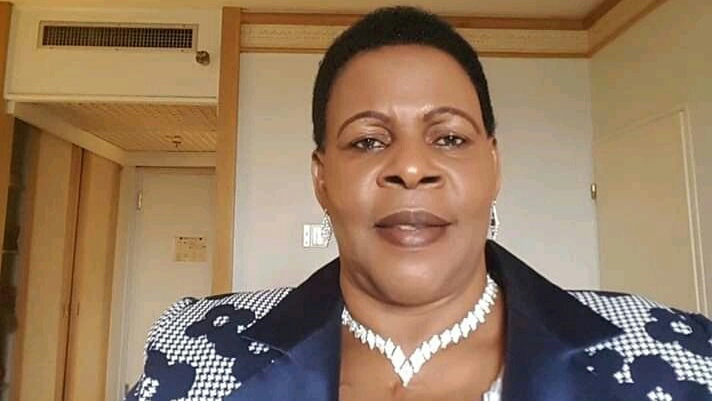 ZANU PF women’s league boss Mabel Chinomona (pictured), who is also Senate President, has been told to utilise her farm in Chirumhanzu, Midlands, by her juniors as she risks losing the property, in what is seen as an escalation of factional fights ahead of the party’s elective congress next year.

Despite the Covid-19 pandemic which has seen government banning political gatherings and arresting opposition officials for violating lockdown regulations, Zanu PF has been restructuring ahead of congress and the 2023 elections.

The restructuring has resulted in an escalation of factional fights amid revelations that some Zanu PF officials want President Emmerson Mnangagwa to hand over power in 2023 after serving one term.

Ellena Shirichena, the Zanu PF Midlands women’s league chairperson, last Saturday told Chinomona she risked losing her farm due to a lack of productivity, during a provincial meeting.

“Mother (Chinomona) as a national executive member, we gave you a farm here in Midlands in Chirumhanzu at a place called Mahamaya.  However, I would like to advise you to utilise the farm as you risk losing the farm. Government is currently repossessing underutilised farmland and if you don’t use the farm you are going to lose it. May you please utilise the farm as government is repossessing underutilied farms,” she said.

Shirichena said the Midlands is endowed with good agricultural soils and also good soils for mining.

“As a province, we are endowed with good soils for agriculture and you can use the land to grow crops of your choice. You can even utilise the land for mining or anything to your fancy to make the farm productive. I want to advise you to utilise the farm before it is repossessed by the Lands ministry officials,” she told her boss.

When she finally got a chance to speak, she did not respond to the assertion that she was not using her farm which now faced seizure.

She instead chose to extol Mnangagwa’s successes since assuming power, while also slamming factionalism in the party.

Chinomona said Mnangagwa should be allowed to serve two terms, despite a push by some officials, that he hands over power in 2023.

“Some people are already saying President Mnangagwa must leave office at the end of his five-year term. Going where?” she rhetorically asked.

“What kind of leader do you really want? As a country we are battling sanctions, but President Mnangagwa is working to develop the country. We are seeing developments in road infrastructure, clinics and dams despite us being under sanctions. People are no longer starving, thanks to the President as he introduced Pfumvudza, which was very successful. We must support the vision of our President,” she said.

She said although Mnangagwa assumed power under difficult circumstances, he has done exceptionally well.

“The President will serve his full two terms. That is not a problem in any way because he is performing, he is a hard worker and is going nowhere. We have to understand that when the President assumed power we had drought and he ran around buying food to feed the nation. Then Cyclone Idai struck and it destroyed infrastructure. And that destroyed infrastructure was fixed within a year. As a country we are under sanctions. You have to be aware that if you are under sanctions you dont get aid from IMF. Zimbabwe is looking for its own money from mines, farms and some of that money is used to procure vaccines so that we protect our people from Covid-19. We have to be cognisant of the fact that Covid-19 slowed our economy. And this impacted on employment creation. If not for Covid-19, we would be speaking of a different story economically,” she said.

Chinomona called on women in the Midlands to give Mnangagwa maximum support and respect.

“The developments currently being undertaken by the President benefit us women. To us as women, development is very good as it impacts on us. As women in Midlands, you are blessed to have the President coming from your area; you must support and respect the President,” she said.

She then talked about factionalism.

“We don’t want to hear about any factional talk. If you have any differences, resolve those differences amicably amongst yourselves,” she said. — STAFF WRITER.