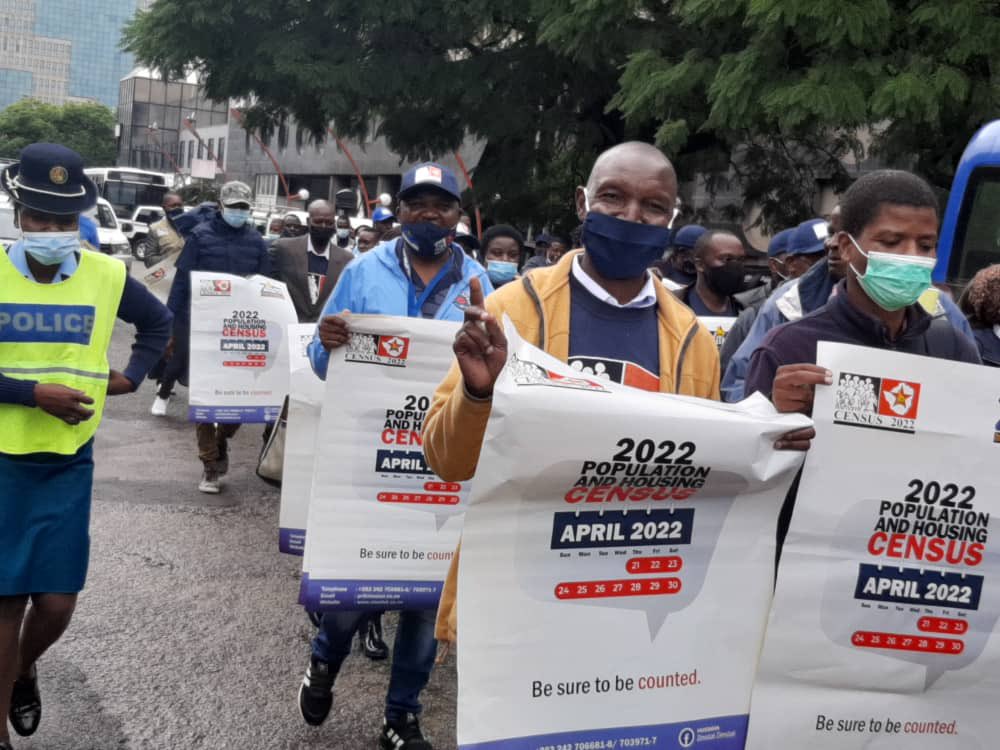 THE Zimbabwe National Statistics Agency (ZimStat) is locked in a bitter wrangle caused by its refusal to pay US$400 000 for services rendered by a Karoi school during the training of census enumerators in April.

The enumerators were later deployed nationwide to conduct the census. Investigations have revealed that ZimStat has not been forthcoming in settling the bill for services rendered by Chikangwe High School in Hurungwe district, Mashonaland West province.

As a result, the school is now struggling to cater for its boarders as internal resources were used to cover part of the ZimStat programme on the understanding that the national body would make swift payments.

The school was selected as one of the boarding facilities to host the training of enumerators and accommodated more than 450 officers for 12 days.

Ironically, Vuti Secondary School, situated about 55 kilometres out of Karoi town, received payment for the use of its boarding facilities and used the money and buy a minibus, according to sources. But Vuti hosted fewer enumerators, compared to Chikangwe, during training.

Information gathered revealed that 451 participants were catered for at Chikangwe High School. They were offered accommodation, meals, and other daily services from 7 April to 18 April 2022 during the training of enumerators and trainers.

The non-payment has caused a standoff, with the school authorities resolving to seek legal remedies to recover the money, according to informed sources.

‘‘As it stands, school authorities are bitter over the unpaid monies. They want the monies paid so that they can settle outstanding credits incurred after ZimStat was offered services that they have not paid for yet,’’ said one of our sources.

Lunch was being sold at US$20 while afternoon tea was US$10 daily. ZimStat’s failure or refusal to pay has forced the school to use its own resources to cover for the census training programme.

Chikangwe High School headmaster Helen Nyanzira was not at liberty to discuss the issue. He downplayed it, saying he has no mandate to speak to the media.

‘‘Unfortunately, I was committed and away during that time that you are asking about. Officially, I cannot comment on anything to the media. I am sorry,’’ said Nyanzira in a telephone interview.

However, sources explained that the school authorities are battling to make ends meet financially over outstanding debt amounting to US$400 000 owed by ZimStat which conducts a census every 10 years. ZimStat spokesperson Mercy Chidemo said all service providers were paid by the agency.

‘‘Any payments were made long ago. Enumeration allowances were outstanding, but we have paid some of them,’’ said Chidemo in a written response.

She explained that the school must raise the issue with the ZimStat accounts department so that payment is effected.

‘‘If anyone or organisation was not paid, they have to check with our accounts if they didn’t get it. It is easier for the payment to be traced,’’ Chidemo said.

It is understood that the school was paid ZW$8 million before the training.

‘‘ZimStat paid ZW$8 million to the school to kickstart the training. This was not enough and school authorities had to divert some funds to sponsor the training with the hope ZimStat will pay what is due on time. They have not done so yet. The amount outstanding is over ZW$10 million,’’ said a source, speaking on condition of anonymity.

According to a breakdown of the debt, US$333 300 is for bedding, food, conferencing, among other services, while US$67 578 is for consumables.

‘‘ZimStat has failed to pay for services ren dered and the school is in the red financially. Boarding facilities were used and the trainers were well fed, getting water, electricity and wifi access without limitations,’’ said a source.

Recently, the school had its wifi disconnected by TeIOne, affecting the learning of students, some whom are due to sit Ordinary and Advanced national examinations next month. It was only restored after the authorities made assurances that they would pay up soon.

‘‘The non-payment by ZimStat has affected the school operations,’’ added another source.

ZimStat used the school’s strong-room for 10 days at a charge of US$100 per day, secretarial room at US$50 per day for 10 days, among other charges.

There were 40 people hired for the days ZimStat conducted its training and labour was pegged at US$31 200, according to information gathered by this newspaper.

Water used is US$750, electricity US$900, firewood US$1 300, fuel US$1 200, detergents US$3 500, public announcement system US$715. ZimStat is one of the agencies that get funding from Treasury, but has failed to pay some of the civil servants hired in the past.