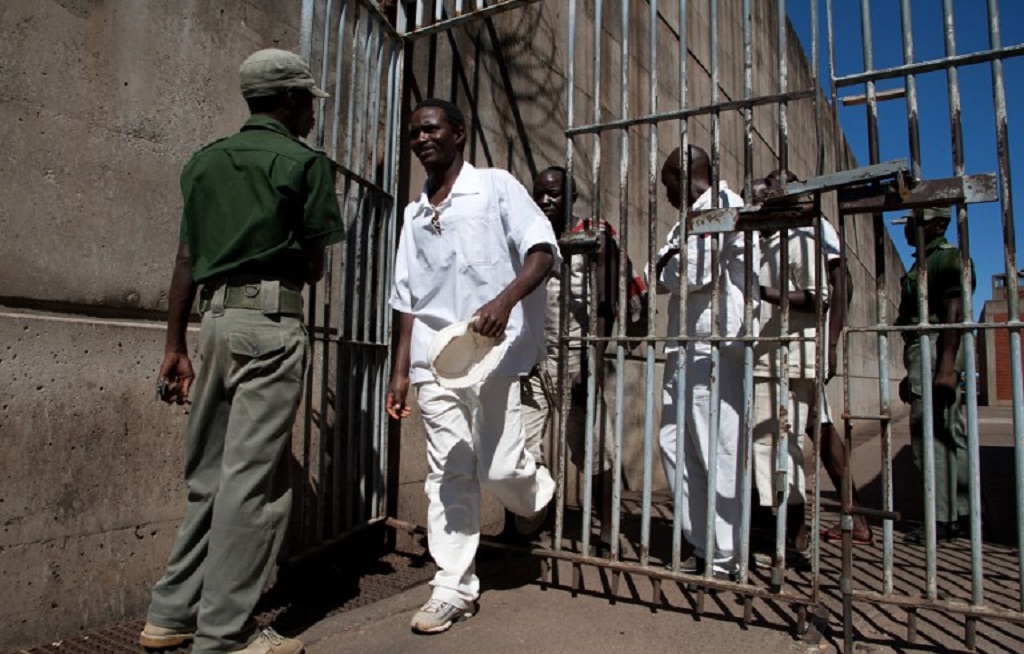 Prison Inmates walk past a prison guard at the Chikurubi Maximum security prison in Harare, Zimbabwe on May 20, 2015 during a tour by a parliamentary committee to assess the state of the nation's prisons where inmates widely complained of food shortages, over-crowding and inadequate food rations and diet. AFP PHOTO/Jekesai Njikizana / AFP PHOTO / JEKESAI NJIKIZANA

THE United States embassy in Harare has raised alarm over the human rights situation in Zimbabwe’s prisons and the deteriorating conditions, which include overcrowding, sexual abuse of female prisoners and lack of medical care.

In its 2021 Human Rights Report, the US embassy notes that prison conditions were harsh and life threatening.

“Prison conditions were harsh and life threatening due to overcrowding, food shortages, lack of water, physical mistreatment of prisoners, lack of access to personal protective equipment to mitigate the spread of Covid-19, and inadequate sanitary conditions and medical care,” reads the report.

The report also paints a gory picture of the country’s prisons, with overcrowding and lack of good hygiene a daily reality.

“Conditions in prisons, jails, and detention centres were harsh. While some prisons operated below capacity, NGOs reported most were overcrowded due to outdated infrastructure and judicial backlogs,” further reads the report.

ZPCS, according to the report, failed to transport prisoners for routine remand, a situation which prolonged detentions.

“According to the ZPCS, remand prisons were overcrowded. Authorities often held pretrial detainees with convicted prisoners until their bail hearings. Due to fuel shortages, the ZPCS was at times unable to transport pretrial detainees to court hearings, resulting in delayed trials and longer detentions.”

Lice are also a common problem, while inmates with emergency medical conditions, the US embassy says.

“If available at all, blankets and clothing were often unwashed and soiled. Lice were a common problem. Although detainees could be transported to hospitals for medical treatment, unsanitary conditions and cold winters led to severe and sometimes fatal medical conditions. Detainees who were denied bail were often held in severely overcrowded remand cells for multiple years while awaiting trial,” says the report.

The US also raised alarm on the treatment of female prisoners, amid reports of violence and sexual abuse.

Prisons are also facing an acute food shortage, with available food lacking critical nutrients, leading to malnutrition for some inmates.

“According to NGOs, food shortages were widespread in prisons but not life threatening. The harvest of prison farm products provided meals for prisoners. Protein was in short supply, particularly meat. Prisoners’ access to clean water varied by prison. NGOs worked with prisons to provide enhanced water collection systems,” the US embassy says.