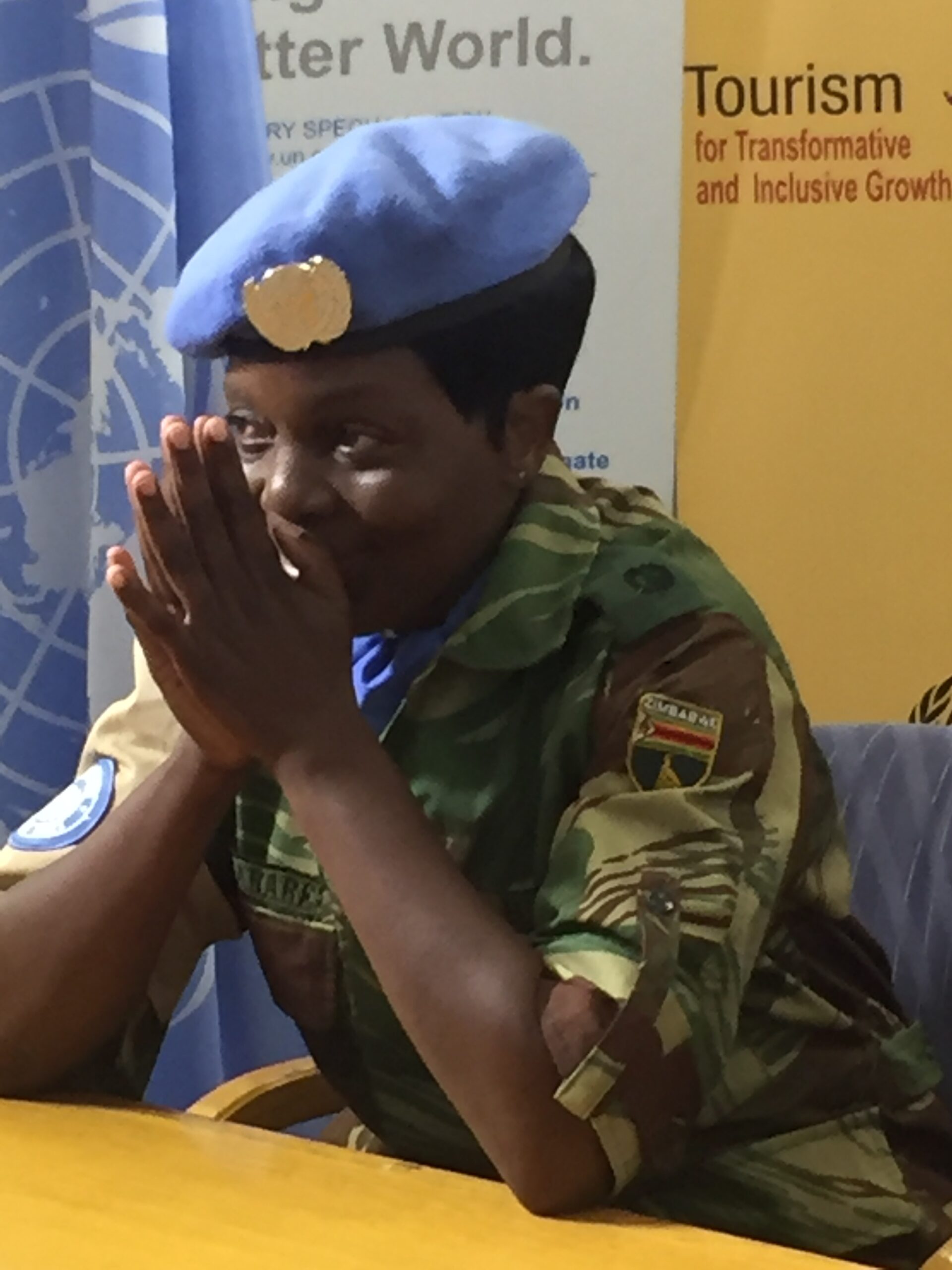 A Zimbabwean peacekeeper who recently completed her assignment with the United Nations Mission in South Sudan (UNMISS), will receive the 2021 United Nations Military Gender Advocate of the Year Award.

Military Observer Major Winnet Zharare (pictured), 39, served in Bentiu, South Sudan, in 2021-2022, and will receive the award from the Secretary-General António Guterres during a ceremony marking the International Day of United Nations Peacekeepers on Thursday, 26 May.

Created in 2016, the United Nations “Military Gender Advocate of the Year Award” recognizes the dedication and efforts of an individual military peacekeeper in promoting the principles of United Nations Security resolution 1325 (2000) on women, peace and security, as nominated by Heads and Force Commanders of United Nations peace operations.

Secretary-General António Guterres commended Major Zharare for her award.  “Major Zharare is a role model and a trailblazer.  Through her service, she has demonstrated the invaluable role that women play in building trust, advocating for change and forging peace,” he said.  “Her example shows how we will all gain with more women at the decision-making table and gender parity in peace operations,” Guterres added.

Major Zharare expressed her gratitude and pride for being selected to receive the award, which, she said, “motivates her to maintain her course towards gender equality”.

Major Zharare deployed to UNMISS in November 2020.  Throughout her 17-month-long service, she advocated for gender parity and women’s participation, within her own ranks, among local military counterparts, and in host communities.

As the Chief Military Information Officer in the UNMISS Bentiu field office, she helped ensure that patrols included both women and men to improve protection efforts, as well as build trust between host communities and the Mission.  Her efforts also contributed to an increase in gender-aggregated data so that issues raised by local women and girls would gain appropriate attention.

Advocating for gender parity and women’s participation in an environment where they are traditionally excluded from decision-making, she encouraged local civilian and military authorities and community representatives to involve both men and women in meetings with the United Nations.

Her diligence and diplomatic skills quickly gained her the trust of local military commanders who would systematically reach out to her on issues pertaining to women’s protection and rights.

During her patrols and numerous community engagement initiatives, Major Zharare also successfully encouraged men and women to work together in farming and in the construction of dikes around Bentiu town to alleviate food shortages and prevent further displacement.

Major Zharare is the first Zimbabwean peacekeeper to receive this prestigious award.

Born in Mhondoro, Zimbabwe, to a family of five girls and two boys, Major Winnet Zharare was taught by her parents that there are no differences between gender roles in the home.

Major Winnet Zharare began her military career in 2006 as a Second Lieutenant and deployed as an Infantry Platoon Commander, doubling as a matron, in Mutare that same year.  In 2009, she joined the logistics corps and completed the Junior Staff Course at the Zimbabwe Staff College and the Company Commanders’ Course at the All-Arms Battle School in 2014.

Major Zharare then worked as a Protocol Officer from 2015 to 2019, after which she was nominated for deployment in UNMISS as a Military Observer in Bentiu, South Sudan, fulfilling roles including Chief Information Officer, Training Officer and Gender Focal Point.

Her tour of duty ended in April 2022, and she is now back serving in her home country.