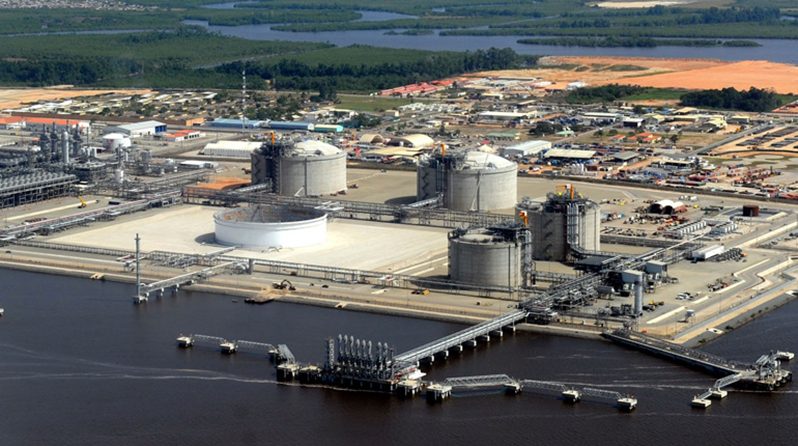 “The EU could import 50 bcm more of LNG on a yearly basis” declared the European Commission in March. In May, the bloc expanded that ambition to include 10bn cubic metres (bcm) of pipeline gas.

Its political decision to reduce its dependency on Russia in protest at Moscow’s invasion of Ukraine means the EU is now scrambling for alternative supplies. In its REPowerEU plan, released on 8 March, the Commission specifically mentioned Egypt and West Africa as potential sources. But does this mean it is boom time for Africa’s gas?

At present, Algeria is by far the largest African supplier of natural gas to the EU, providing 12.6% of its imports in 2021 (45 bcm), according to the Commission’s statistics.

Egypt’s figure was, notably, a quadrupling over the year before.

“Africa is well positioned given its proximity”, he says. “But European demand might not be there forever, and others are trying to seize the opportunity, including in the US and the Middle East. Timing to market will be key. Africa needs to move fast if it wants to be a key supplier to Europe as it tries to diversify away from Russia.”

Some of those other suppliers are already expanding their output. In late March, the US committed to “work with international partners and strive to ensure additional LNG volumes for the EU market of at least 15 bcm in 2022”.

This would replace around 4% of the EU’s total gas imports this year, with higher volumes in prospect over the coming decade. However, this still leaves a significant gap to fill. What is the potential for African countries to ramp up supplies to the EU in the short term?

Can Algeria And Egypt Meet Demand?

The producers with the greatest ability to meet the EU’s increased needs are those with existing connections to European buyers. Sonatrach of Algeria and Egypt’s EGAS have been early beneficiaries, courtesy of their long-standing relationships with Eni of Italy.

But extra flows from Algeria will take time to ramp up, according to Alice Gower, director, geopolitics and security at Azure Strategy.

“While it is possible that Algeria could increase its gas exports to Europe following the deal with Eni, it is likely to fall short of the 9 bcm goal, not least because of pipeline capacity issues (there is only 8bcm of spare capacity). But also, Algeria does not have spare capacity available. Add growing domestic demand and there may not be enough gas to go around.”

It is possible, instead, that competition between European companies could be a case of “robbing Peter to pay Paul”. According to Gower, this deal shows a move by Algiers away from Spain and “we may see gas previously destined for Spanish markets sent to Italy instead”.

Supplies from Egypt may arrive at European terminals more quickly than those from Algeria, facilitated by the reopening of the Damietta liquefaction plant on the Mediterranean coast. That followed an agreement between Eni and EGAS last year. This has eased the long-standing capacity difficulties in Egypt.

But, as Gower points out, “Egypt itself relies on imported Israeli gas to meet its rising domestic demand and its export contracts, as its own reserves are in decline. Boosting exports to Italy does not look so easy, unless the volumes are made up of diverted cargoes of imported Israel gas processed in Egypt.”

This may explain why, in its May communication, the EU declared that it, “aims to conclude a trilateral agreement with Egypt and Israel” before this summer.

Nigeria Held Back By Disputes

There are doubts too about whether the third big supplier, Nigeria, can increase gas supplies to Europe.

This is not necessarily because of capacity. In April, the Ministry of State Petroleum Resources admitted that the country’s (indeed Africa’s) largest LNG exporter, Nigeria LNG Limited, was operating at 70% capacity because of disputes over the price of third-party gas supplies. Resolving these disputes is likely to take some time.

Ground was broken for a new Nigeria LNG train, the country’s seventh, last June after a decade-long delay. Despite this, observers warn against raising expectations. Construction has been further delayed by Covid and other troubles. The company’s CEO recently announced a revised expected completion date of 2025.

There is little chance that other sub-Saharan Africa producers will be able to do much to relieve the EU’s gas supply problems in the short term. Forecasts from researchers at Rystad Energy issued in February suggest only modest increases in production in 2023 with major rises in LNG output not expected to begin until new deepwater fields come on stream after 2027.

In the medium term, the European Commission wants to diversify its gas supply chains more widely. In its strategy for “External Energy Engagement in a Changing World”, released on 18 May, it declared that “Senegal and

With Western majors such as BP, ExxonMobil and Shell having announced pull-outs from Russia following the invasion of Ukraine, analysts expect the companies to place renewed emphasis on their holdings in sub-Saharan Africa.

BP has been developing LNG off Senegal and neighbouring Mauritania for some it. It has already sold cargos from Phase 1 of its Greater Tortue/Ahmeyim (GTA) project, which is expected to deliver about 3.4 bcm annually.

Gas from Phase 2, along with more from two nearby projects, will at least double this figure and remains uncontracted, according to Rystad Energy.

The next country with the potential to make a significant impact on European LNG markets is Mozambique. The Eni-led Coral South project is expected to begin production this year, with all its output, expected to be around 4.5 bcm/year, purchased by BP.

Other operators with interests in Mozambique include TotalEnergies and ExxonMobil. TotalEnergies declared force majeure, following an attack by Islamist rebels, but there are hopes that it will be able to begin production by 2028.

Eni is also working to bring on production in the Republic of Congo. In April it announced the signing of a letter of intent to develop an LNG project with a capacity of over 4.5 bcm/year once fully operational. It expects production to begin by the end of 2023.

There is no shortage of resources in accessible offshore locations around the coasts of southern and western Africa. The obstacles to exploiting them are political.

While the European Union’s search for new supplies of gas has provided a new opportunity, its climate policies have introduced new uncertainties. The key elements of its RePowerEU plan are diversifying supplies, reducing demand and ramping up the production of green energy in the EU.

The fate of African LNG producers will depend upon how they balance those three imperatives.–Africa Business.

Related Topics:AfricaUkraine war
Up Next

Offensive lawfare as a tool for political repression