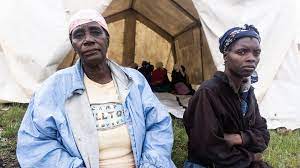 CONDITIONS for the people of Zimbabwe continue to go from bad to worse.

Triple digit inflation shows no signs of slowing.  Over half of the country lives in poverty.  Its corrupt government lurches from disinterest in the population’s pain to rosy projections for growth based on pure fantasy to clumsy interventions like the recent short-lived edict banning banks from lending.

Politically, the merger of the ruling party and senior military leadership has long been complete, and they have become inextricable from the state itself. But because Zimbabweans, in the form of independent journalists, opposition politicians, and local activists, refuse to give up on their efforts to hold government accountable for its actions, state-sponsored campaigns of repression and political violence continue.

In an effort to give the intimidation a veneer of legality, the country’s leaders are now working to dismantle civil society, pursuing draconian legislation aimed at private, voluntary organisations (PVOs) that would, in the words of a network of mostly African human rights defenders, provide government with “unrestricted power to deregister, target, and harass PVOs deemed critical of the government”. Embracing irony, the same government that sustains itself with illicit transnational cartels justifies its efforts by pretending they are necessary to meet the requirements of the Financial Action Task Force. The shamelessness is unsurprising, but the PVO legislation is another important indicator that there will be nothing remotely resembling a level playing field as the 2023 elections draw near.

All of these developments, compounded by the economic and social consequences of Covid-19 lockdowns and global disruptions arising from Russia’s invasion of Ukraine, have left Zimbawbe’s young people suffering.

Finding themselves in the midst of grinding poverty and extraordinarily high unemployment rates, they must also contend with the fact that migration in search of opportunity looks riskier than ever as xenophobia gains strength in South Africa, where young people face their own pressures and some leaders aim to boost their popularity by scapegoating immigrants. Drug use among young people has soared, apparently driven by a nihilistic despair, and their government has neither the policy framework, resources, or will to provide adequate addiction and recovery services.

As Zimbabwe’s problems deepen and multiply, its neighbors assume more and more risk.  Southern Africa’s trajectory is growing more uncertain. Visions of a vibrant, well-integrated, and prosperous subregion have to contend not just with the instability in Mozambique and economic malaise of regional giant South Africa, but also with the realities of Zimbabwe, its ongoing downward spiral, and the health and future of its young people, who account for the majority of the country’s population. There is nothing neighbourly in pretending that all is well in Zimbabwe and inviting more of the same.

Real solidarity with the people of Zimbabwe requires acknowledging the abuses and excesses of its elites, aiding those in desperate need, and finding ways to support those who keep pushing for meaningful change.

About the writer: Michelle Gavin is the Ralph Bunche Senior Fellow for Africa Policy Studies at the Council for Foreign Relations.

Euan Blair: from PM’s son to US$800m business and an MBE