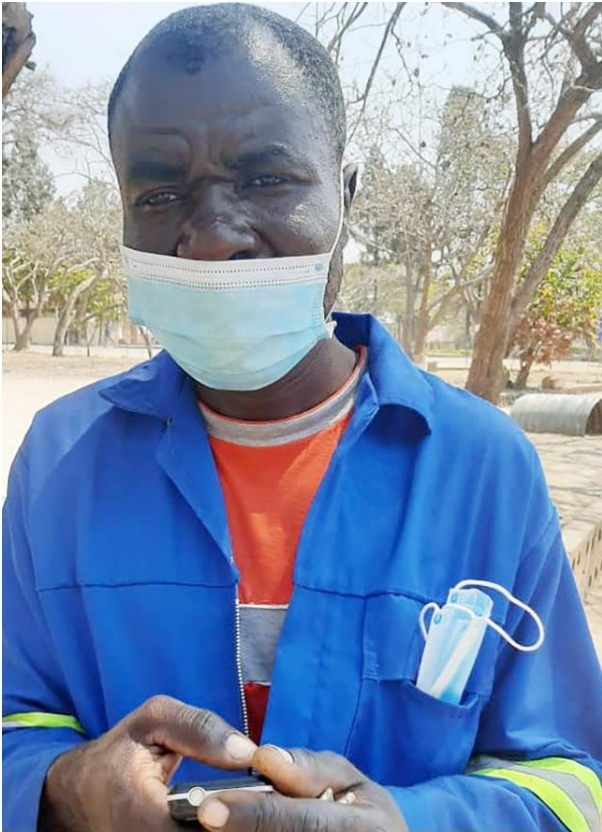 The haunting scenes of the raging flames engulfing his precious angels beyond recognition keeps him up at night.

Two weeks on, lingering screams ring in his head as he struggles to come to terms with his loss.

On top of dealing with the death of his two daughters, Grace (5) and Polite (6), Musiiwa (pictured) must provide emotional support for his grieving wife. It is, however, apparent that he requires urgent psychological help himself.

Now that schools are open, Musiiwa says going back to work is the furthest thing on his mind.

Musiiwa lost two of his children in fire that engulfed a farmhouse at St Michael’s School in Kondo village, ward three, in Karoi on 25 August. He is a teacher at the school.

Villagers and fellow teachers failed to extinguish the fire.

‘‘It will be hard for me to go back to work at St Michael’s Primary School. It is very tough for me and my family. My wife Prisca is drowning in sorrow. She watched our children burn to death,’’ an emotional Musiiwa told The NewsHawks.

His teary voice is testimony to the immense grief that has hit the family. He pauses to recollect his thoughts.

Two weeks after the tragic incident, Musiiwa is still to get psychotherapy support.

‘‘We are on own. Our family members here in Chivhu have been trying to comfort us, but it is tough,” he said.

His wife sustained burns when she tried to rescue her children from the raging fire.

“My wife also sustained some burns and she is not in a good space emotionally. The pain of hearing your daughters cry for help and no one being able to help is still haunting her. We all helplessly watched them die in the fire,” Musiiwa said, adding that going back to work would invoke sad memories.

Their other two young children, aged two and three, have no idea what happened to their sisters.

“There is nothing for us there anymore, just horrific memories of losing our children,’’ he said.

The fire did not only cut short the lives of their two daughters, but also destroyed their livelihood. The couple was left with nothing except the clothes on their bodies.

‘‘We are appealing to the government to help us as we have nothing. All our properties were destroyed in the fire. Worse still, losing our children is so devastating to accept,’’ he added.

Although he received ZW$8 000 from well-wishers, he said it was not enough to rebuild their lives.

He had ventured into income-generating projects, relocating from Karoi town to stay at the school as a means of cutting accommodation and travel costs.

He was sharing a grass-thatched farmhouse with three fellow teachers.

‘‘I used to stay in Chikangwe in Karoi and I relocated to stay at the school to cut costs on rentals and other expenses. I was now doing subsistence farming to supplement my salary. With the Covid-19 national lockdowns since last year, I opted to be at the school with my family. We were staying at the farmhouse together with two other teachers. Personally, I harvested nine-and-a-half tonnes of maize from the one-hectare maize plot I rented from the local community. I had eight tonnes of maize for safekeeping in one of the rooms and we lost it all,’’ he explained.

Musiiwa added that one-anda-half tonnes of maize was used for the chicken rearing project.
‘‘This was my third batch of broilers of 100 and it was still yet to be on market. The chicks were destroyed in the inferno. I lost everything. I don’t know how I will cope with life because I lost everything,’’ he added.

‘‘As Zimta, we have investigated to get the extent of damages that affected the three Hurungwe teachers following the inferno. We have deployed officers so that we make mitigation measures in securing accommodation through a temporary shelter of a wooden cabin, clothes, and necessities like groceries,” Tobaiwa said.

Musiiwa has been teaching since 2007 and is passionate about seeing his pupils succeed.