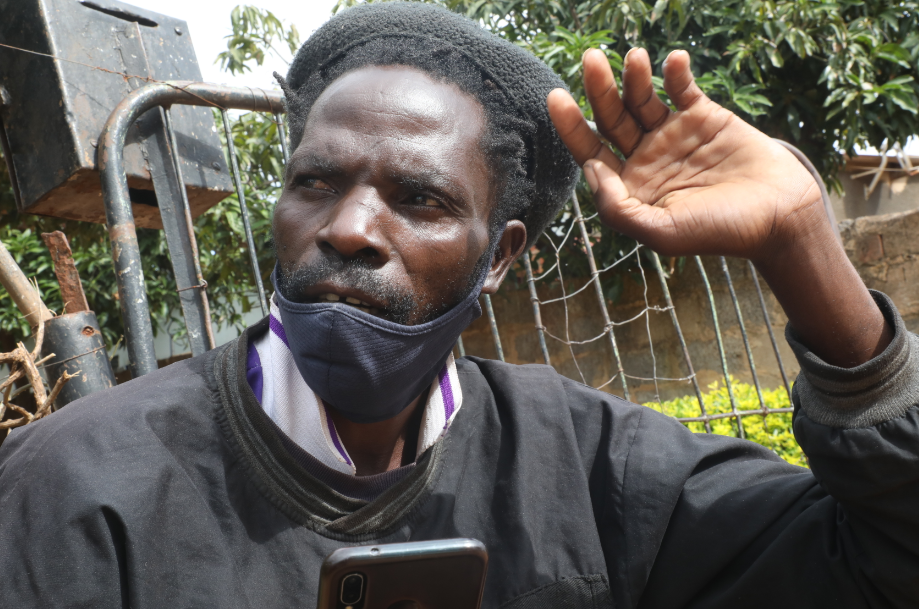 They are both residents of Sizinda, one of Bulawayo’s oldest townships.

Sizinda, a township built for railway employees, was named after one of the Ndebele villages called iSizinda. The iSizinda village was located where the present township is sited. Maphisa Fuyana was the chief of the village in the pre-colonial times.

Today, Sizinda is home to many people of Zambian and Malawian origin who were employed by companies such as the National Railways of Zimbabwe and Cold Storage Company (CSC), but have been fully integrated into the Zimbabwean community.

Although Mupeletwa and Kamanga both have roots away from Zimbabwe, they regard the country as their home. They are married to Zambian women and both worked for CSC, once Zimbabwe’s leading meat processor and beef exporter.

Following the demise of CSC and now on pension, they miss beef, a relish they once shunned when it was plenty during their time at the meat processing company.

“It’s funny to think that l sometimes felt no appetite for beef while I was still employed at CSC.

“I still remember during those days when we were pampered with meals full of meat while taking some home to an extent that I would refuse it and prefer a meal with just milk or vegetables.

“However, I cannot afford it now,” the father of five said.

Kamanga, a Malawian by birth but holder of a Zimbabwe identity document, arrived in the country in his early teenage years to join other family members.

“Learning local languages was a struggle but family members and the community (Sizinda) here, in particular, neighbours were welcoming and that helped me to learn and understand the languages better and quickly,” he says.

His father, now aged 95, also used to work for CSC and played a role in getting him employed at the company.

Kamanga completed his secondary education in Zimbabwe and has fond memories of his schooling days although, at the time, he initially struggled to grasp local languages.

“My classmates used to laugh at the way I pronounce some of the words, but I believe it was all in jest. It was good fun because they also showed an appetite to learn my language,” says Kamanga whose pronunciation of some Ndebele names betrays his nationality.

“I was employed by CSC in 1984 during its better days when the company was slaughtering as many as 3 000 beasts per day. I remember we used to have long shift hours that would run until midnight.

“When I left the company, signs were already showing of a struggling company as salaries could be delayed; retrenchments were often, the number of beasts we were slaughtering was declining; all the signs were there that something was not right,” Kamanga, who survives on piece jobs and wielding, said.

Mupeletwa, a father of four, shared similar sentiments. He joined CSC in 1983 and retired in 2010.

Mupeletwa walks with a limp.

“The limp results from those long hours on the accelerator; I should be compensated for this,” he chuckled.

Mupeletwa, who is fluent in Ndebele and conversant in Shona, says he also did not struggle with integration in society and at work.

“It was even better at CSC as there were many workmates of Zambian origin. We would speak our Zambian language at work. In fact, we had our little Zambian community where we would also gather during weekends to share a mug of beer.

“Even the community never passed judgements on us. I think this is because Sizinda at the time was what I can say a community mainly for those of Malawian and Zambian origin,” Mupeletwa says.

Both Mupeletwa and Kamanga said they never wanted to marry Zimbabwean women because they are “troublesome” but this is different with their children.

“While we lived as a community, the women however would not want to date us. To them, we were a people that could not afford to date them,” Mupeletwa says, with a laugh.

“On reflection it was for the best because if I decide to go back for good, will the Zimbabwean woman I married agree to go and stay in Zambia? I doubt.

Mupeletwa said all his children are married to Zimbabweans.

“I am a proud grandfather of 12 grandchildren,” he says.

“Once in a while, they visit Malawi with their partners. In fact, I can say I am more Malawian than my children who have little connection with Malawi hence the few visits.

Kamanga had five children, two male and three female, who are now adults.

“The first four children are married to Zimbabweans and they have blessed me with grandchildren. The last born is not married but is based in South Africa.

“Their partners have also been to Zambia. I think it was easy for my children to marry Zimbabweans because literally they are Zimbabweans having been born and bred in this country. Even their accent is Zimbabwean.”

A few of Kamanga and Mupeletwa’s colleagues relocated to their countries of origin over the years, but like most of their colleagues, they have taken Zimbabwe to be home.