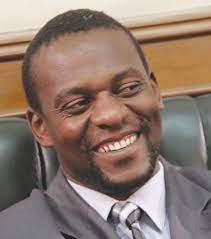 PRESIDENT Emmerson Mnangagwa has been challenged to disband terror groups in Kwekwe, stop giving impunity to perpetrators of politically motivated violence and halt the needless bloodshed, particularly ahead of the crucial 2023 general election.

Kwekwe has been a hotspot of political violence since 2000 following Mnangagwa’s loss to former member of Parliament Blessing Chebundo and remains volatile as next year’s election nears.

Mbizo MP Settlement Chikwinya, who has witnessed the brutal and violent conduct of the ruling Zanu PF in Kwekwe since his days as councillor, told The NewsHawks that it was incumbent upon Mnangagwa to call for the disbandment of the Al-Shabaab terror group that has wreaked havoc.

“We have fought a brutal fight, a very unrepentant violent system anchored on the violent antics of the Al-Shabaab crew,” Chikwinya said this week after he was sworn in.

“It is well known and protected by senior Zanu PF officials.

They operate under the influence and instruction of senior Zanu PF officials, including the President himself. It has been quite a mammoth task since 2000, even before that at the formation of the MDC,” he added.

Chikwinya said despite facing a brutal regime, the people of Mbizo have been consistent in rejecting Zanu PF in elections.

“Since 1999, we have documented a number of people who have been murdered and tortured. The murders continue with the latest one being that of Mboneni Ncube. The tortures continue with the individuals identified as perpetrators receiving impunity and even if they are partially arrested, they are quickly released from prison and come back to continue the atrocities.”

“The police cannot do much as long as their hands remain tied like this and as long as these people get protection from these senior officials,” he said.

Ncube was killed by Zanu PF activists at a rally in Mbizo.

“As long as Mnangagwa is involved and has an interest with politics around Kwekwe, these individuals will continue to have impunity and act in the manner they are currently doing,” Chikwinya said.

“We know the guys involved and if you walk around Kwekwe and ask who the Al-Shabaab people are, they will tell you. The Ncube murder perpetrators are known and the witnesses are now being threatened. Now they can’t speak and they are trying to distort the whole story by threatening witnesses”

“The next thing they will begin to blame CCC to say it was stage-managed and perhaps they will arrest people from CCC and manufacture witnesses. We are not ruling that out. For it to come to an end, we have to remove the influence of Mnangagwa and former State Security minister Owen Ncube from politics around Kwekwe and that will bring peace to Kwekwe. As long as these individuals are there, the perpetrators will continue to have a home where they can launch these attacks.”

Chikwinya said winning Parliamentary seats is important, but the main goal ahead of 2023 is to ensure Nelson Chamisa’s victory in the presidential race to effectively end a culture of violence.

On return to Parliament after the recalls, Chikwinya said: “My return hasn’t been that easy. This was a by-election largely with very low interest from the electorate and it is why you saw a low turnout but I am excited though that we are back. We have reclaimed our space and we have repositioned ourselves in the chambers to represent the citizens.”

“The focus is to ensure that the voice of the people is present in Parliament against corruption, promoting accountability, promoting transparency to government at the same time lobbying for developmental issues in constituencies.”

Chikwinya rubbished claims by Chebundo, now a Mnangagwa loyalist, that the CCC was unpopular in Kwekwe and that the party had no ideology, saying the former MDC-T activist was a desperate man.

“The likes of Chebundo have no vision themselves and cannot pretend to be people who really want Zanu PF and have found a new home in Zanu PF,” he said.

“These people are basically finding a hideout and protection. People rejected him in Kwekwe when he contested against Matambanadzo because he was not working as an MP.  To go to Zanu PF for him is a matter of sour grapes. You will find that he is being rejected in Zanu PF and he will find himself in another party. It’s a shame.

“He is now a spent force and his time is in his rural home in Hurungwe and nowhere near politics. We have no respect for him, the people simply voted Mnangagwa out not because of his effort but people’s effort. He should just enjoy his current impunity which he is going to lose very soon, he knows he has crimes which he did, his daughter will testify and we know that.”

Chikwinya said he stood with Chamisa even at the expense of his seat in Parliament as he has faith in his leadership and the vision.

“Nelson Chamisa is our best foot forward, he is the current face of transition from Zanu PF rule to a democratic rule. He is with the people and I always wanted to be with the people. I could not join Mwonzora, I had to join the people.”