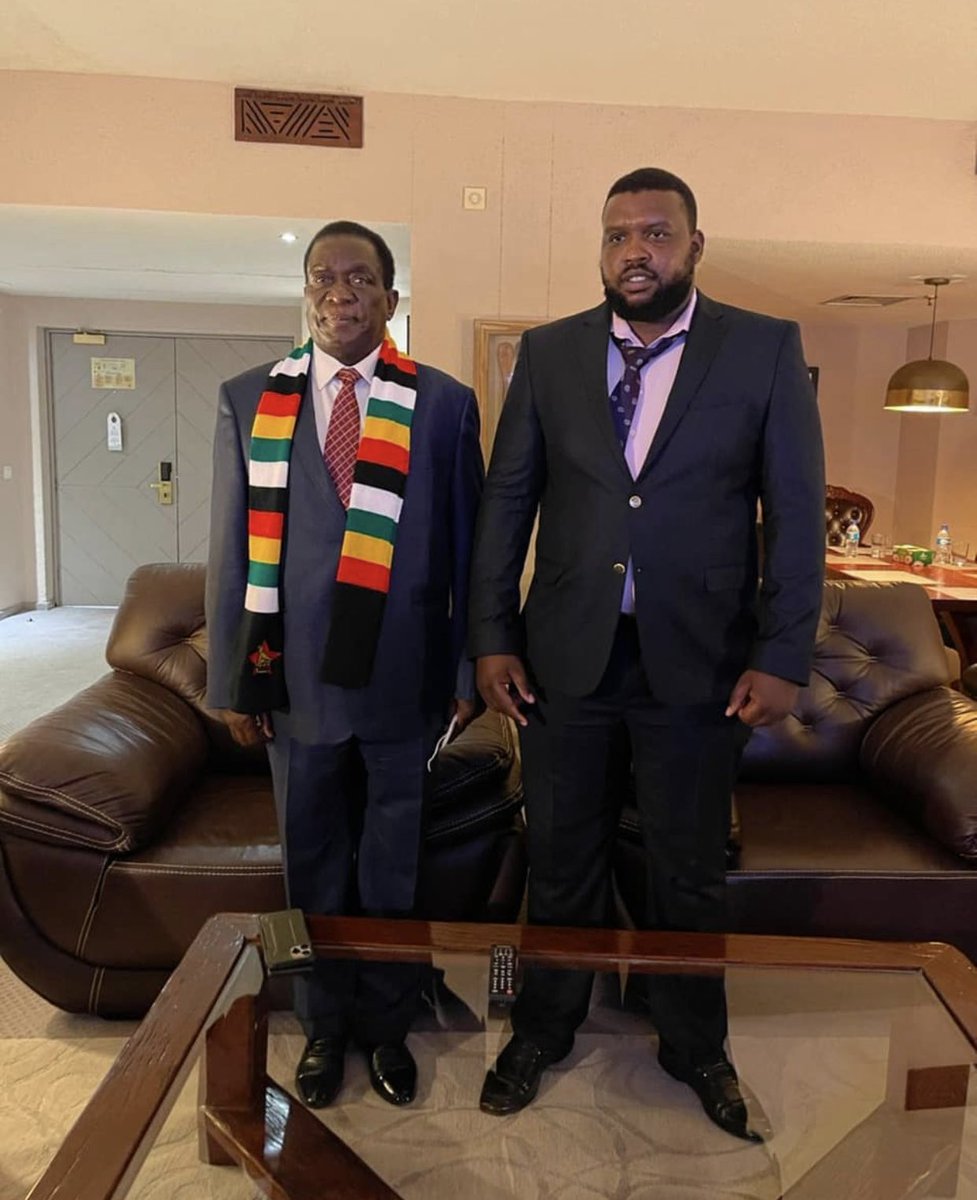 People could smell a rat.

They suspected Mupungu was acting at the behest of some powerful political actors, either in the executive, legislature or the judiciary — or indeed in any sphere of society — to rescue President Emmerson Mnangagwa’s faltering power consolidation and retention agenda pivoted around keeping Malaba in the job until the 2023 crucial elections.

Malaba rescued Mnangagwa in the ConCourt in 2018 during his battle with main opposition MDC Alliance leader Nelson Chamisa following a disputed presidential election.

Mnangagwa, who won the 2018 poll with a wafer-thin margin, desperately wants re-election in 2023 against all odds.

Mupungu was not acting ex mere muto — of his own volition or without prompting, observers said. But there was simply no evidence of any sort, circumstantial or incontrovertible. However, onlookers held onto the truism that there is no smoke without fire. Time would tell. And it did.

Soon after the ConCourt judgment on 23 September in favour of the Zanu PF activist, photos emerged showing Mupungu with Mnangagwa. Some of the photos were posted on social media by filmmaking journalist Hopewell Chin’ono.

That was the smoking gun.

Mupungu had been unmasked not just as a Zanu PF activist, but also as a Mnangagwa crony and foot soldier. Some of the pictures showed their closeness. A photo tells the story of a thousand words. Mupungu’s brief Facebook profile says he lives in Bulawayo; he was born on 11 August 1980; went to Gwanda High School and is self-employed.

Yet what is more revealing is not Mupungu’s background. It is the profile of his close friend, Blessed Sean Mushando, a Zanu PF activist — who is closer to Mnangagwa than Mupungu — with a record of extortion, fraud and impersonation.

His background shows he, like Mupungu, lives in Bulawayo, but he is from Mberengwa, Mnangagwa’s Midlands political fiefdom. He went to Mutare Boys High School and works for “Crocodile Gang”. Historically, the Crocodile Gang was a militant Zanu group in the 1960s during the liberation struggle which Mnangagwa falsely claims to have been part of.

In his series of photos, Mushando is seen hanging around Mnangagwa for years now. Interestingly, he was one of the Zanu PF youths who booed former first lady Grace Mugabe at White City Stadium in Bulawayo on 4 November 2017 during the party’s presidential youth interface rallies addressed by the late former president Robert Mugabe in the run-up to the November 2017 military coup that brought Mnangagwa to power.

That marked the culmination and turning point in Mugabe’s succession battle. Outraged by the boos, Mugabe publicly and famously thundered: “Ndokudonedza, mangwana chaiye (I will floor you, anytime)”.

Mushando and his partners in crime that day earned their stripes as Mnangagwa’s political stormtroopers, hence their proximity to him up to now, although some have now been sidelined after becoming Frankenstein monsters and for gross indiscipline.

Further, Mushando is also seen in photos with former vice-president Kembo Mohadi, whom he was to later go around claiming was his father, to extort money. Reports show Mushando also used Mnangagwa’s name to defraud people.

He is also seen wearing Zanu PF regalia, including T-shirts or shirts emblazoned with Mnangagwa’s face, and hobnobbing with controversial pastor Passion Java, among other people. His love for finer things in life filters through his photo gallery, where he is seen posing at upmarket hotels like the Da Vinci in Sandton, Johannesburg, South Africa, standing idle enjoying the oceanic breeze and panoramic views or with many bottles of expensive whisky.

This probably explains why he has been arrested for extortion, fraud and impersonation. He perhaps lives beyond his means to fund his bling and drinks.

Last year, Mushando was arrested, together with his accomplice Mthunzi Mabhena, for swindling a Chinese mining firm and its representative Cheng Minghua of US$110 000, posing as Mohadi’s son who could secure business favours for the company. In 2019, Mushando, who was once arraigned on similar charges in 2017, was accused of defrauding a local businesswoman Priscilla Ncube of US$12 000 after he allegedly told her that he was linked to Mnangagwa and could liaise with his office to secure her mining interests.

Mushando seems willing to do anything for money. In another bizarre case, he was arrested for allegedly defrauding a local businessman of US$1 000 after lying that he wanted to bankroll the funeral of Zanu PF provincial youth chair Khumbulani Mpofu, whom he had falsely claimed had died. Faking someone’s death for money.

While Mupungu seems not involved in all this, he has been fighting in Mnangagwa’s corner in the courts. Mupungu had filed his application to help Mnangagwa to save Malaba in terms of section 175 of the constitution which regulates the powers of the courts on constitutional matters.

Of particular relevance were sub-sections (1) and (3) of s175 which provide as follows:

Any person with a sufficient interest may appeal, or apply, directly to the Constitutional Court to confirm or vary an order concerning constitutional validity by a court in terms of subs (1).

Mupungu’s locus standi in judicio to institute the application was an issue. By virtue of section 175(3), it was incumbent upon him to show that he was “a person with a sufficient interest” in an order concerning constitutional validity.

In paragraphs 27 to 29 of his founding affidavit, he asserted that he was a person with sufficient interest within the contemplation of section 175(3) of the constitution. He averred that, as a citizen by birth, he had a sufficient interest in defending and protecting the constitution and that section 175(3) exists for his protection as a citizen.

He further elaborated factors which gave rise to his particular interest as an ordinary citizen.

These include his belief that Mnangagwa acted constitutionally in approving Malaba’s election to continue in office as Chief Justice for an additional five years and that he is in office in accordance with the constitution following the President’s approval.

Mupungu took issue with the fact that the registrar of the High Court had not acted in terms of rule 31(1) of the ConCourt Rules 2016 to place the record of its proceedings before the highest court in the land for confirmation. The High Court orders would therefore remain as if they were unaffected by section 175(1) of the constitution and respondents were acting as if section 175(1) was not in issue.

The Zanu PF activist insisted he was entitled to a final pronouncement on these issues in keeping with his right to the protection of the law coupled with his duty as a citizen to observe the constitution and respect its institutions.

When Mupungu chose Professor Lovemore Madhuku as his lawyer, the plot thickened. Madhuku submitted that Mupungu, as a citizen, had a sufficient interest and the right to approach the court to vindicate and protect the constitution. Common law requires a direct and substantial interest in order to found locus standi, but that is not the test to be applied in casu.

Apart from being a citizen by birth, the applicant also has a sufficient interest by reason of being concerned and aggrieved by the conduct of the registrar of the High Court and the strategy of avoidance adopted by the third, fourth and fifth respondents — Kika, Young Lawyers Association of Zimbabwe and Mutanda respectively.

After some court battles, on 22 September 2021, the ConCourt ruled in favour of Mupungu, who had approached the court seeking the setting aside of the declaratory order handed down by the High Court.

The High Court had ruled that Malaba had ceased to be chief justice when he turned 70 years on 15 May, notwithstanding the purported extension of his tenure by Mnangagwa following Constitution of Zimbabwe (No. 2) Act of 2021.

Kika had made the argument that a term limit extension cannot benefit an incumbent, as per section 328 of the constitution. He cited all judges of the Supreme and ConCourt as respondents, as potential beneficiaries to this manner of extension of tenure, thus as individuals with a personal interest in the matter.

Two applications were filed following the High Court decision on 15 May. The first was an application for contempt of court against Malaba, which was dismissed by the High Court. This was after Malaba had continued to go to work, notwithstanding the order.

Justice Webster Chinamhora recused himself before the hearing after it emerged he had interfaced with a party to the proceedings, Walter Chikwana, the secretary of the Judicial Service Commission (JSC).

Veteran lawyer Beatrice Mtetwa thereafter submitted a complaint to the JSC and a request for an investigation to be instituted. The outcome of that is not yet known.

The second was an application for leave to execute pending appeal, withdrawn before hearing. At that point, Kika and others did not disclose the reasons for withdrawal as they intended to ensure judicial processes occur in a fair manner.

When the judges were dissatisfied with the decision of the High Court, they noted an appeal to the Supreme Court, which appeal was never heard.

Instead, Mupungu, who was not even party to the case, emerged from nowhere to come and change things, claiming that an appeal was not appropriate; judges needed to have the matter determined in the ConCourt on different grounds.

After some arguments, Kika and others had serious difficulty comprehending and coming to terms with that sort of process. Judges, who were party to the case, refused to recuse themselves, thus becoming judges in their own cause; a serious assault on the rules of natural justice.

So the ConCourt and its judges erred and set a wrong precedent. As it later transpired, the ConCourt had decided to proceed to hear the matter, citing public interest.

In the ConCourt, Mupungu argued that the order made by Justices Happias Zhou, Jester Helena Charewa and Edith Mushore in the High Court concerned constitutional matters and was of no effect until reviewed and confirmed by the ConCourt.

The ConCourt agreed and declined to confirm the order on the basis that the High Court had misdirected itself in its determination.

Resultantly, the ConCourt affirmed Mnangagwa’s extension of Malaba’s tenure beyond 70 years to 75 years. But the mystery on those operating in the shadows is now over: Mupungu is the President’s man.

His friend and cheerleader in the case, Mushando, is Mnangagwa’s henchman. That is the smoking gun.