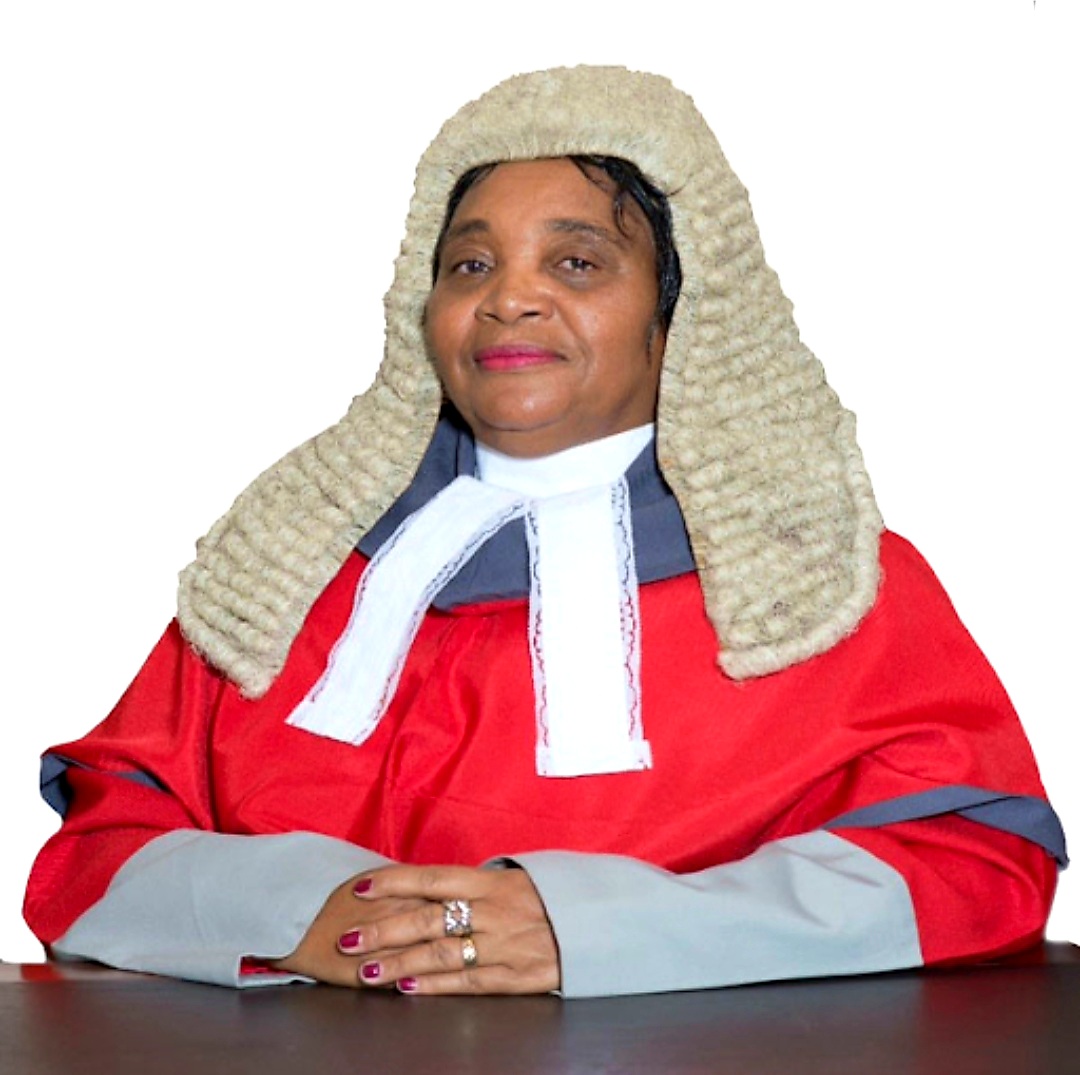 THE fight for constitutionalism in Zimbabwe has always been shrouded with controversy with citizens always on the receiving end. Zimbabweans went for a referendum and voted for a constitution which they wanted in 2013.

The late former president Robert Mugabe subsequently signed the constitution into law on 22 May 2013.

Since then, there has been an expectation that everyone, including the government, would respect the new constitution. Respecting this constitution also meant following its dictates and respecting it.

The constitution has already been amended twice.

The first constitutional amendment suffered a setback when the Constitutional Court (ConCourt) ruled, in a matter brought before it by MPs Innocent Gonese and Jessie Majome (now a Zimbabwe Anti-Corruption Commission member), that there was no two-thirds majority in senate when passing the Bill and therefore the amendment had not been properly passed.

Subsequent actions by parliament to remedy the wrong resulted in litigation. The Law Society of Zimbabwe is among those who have litigated against the unprocedural and unlawful passing of this amendment.

Malaba’s tenure extension has been blocked as he ceased to be chief justice on 15 May.

Kika argued that the provisions under which Malaba would benefit from, which were introduced in terms of an amendment to Section 328(7) of the constitution would allow the Chief Justice, his deputy, Justice Elizabeth Gwaunza (pictured) as well as ConCourt and Supreme Court judges to have their terms of office extended by the President on production of a medical certificate confirming that such a judge would be fit enough to continue on the bench.

Section 328 requires the holding of a referendum where an amendment Bill seeks to amend a term-limiting provision. Section 328(7) also makes it clear that any amendment to a term-limit provision does not apply to any person who held or occupied that office at the time before the amendment.

Kika cited as respondents all the ConCourt and Supreme Court.

The hearing of the urgent court application commenced at 14:30 hours on 14 May  and ended at around 00:30hrs on 15 May. On 15 May, the High Court of Zimbabwe, in a matter heard by a three-judge panel which included justices Happias Zhou, Edith Mushore and Jesta Charehwa, issued an abridged judgment in terms of which it found that Malaba’s tenure as a judge and Chief Justice of Zimbabwe had come to an end at 00:00hrs on 15 May.

After the judgment was issued, the Judicial Services Commission (JSC) immediately issued a statement in which it acknowledged the judgment of the court. The statement also stated that in line with provisions of section 181 of the Constitution of Zimbabwe, the deputy Chief Justice (Gwaunza) had assumed the position of the Acting Chief Justice of Zimbabwe.

That position has not been officially retracted. The Deputy Chief Justice began to exercise in earnest the functions of the Acting Chief Justice.

As the Acting Chief Justice, she swore in the judges of the ConCourt who were recently appointed by Mnangagwa.

The Acting Chief Justice also toured the Chinhoyi courthouse that is under construction and is nearing completion.

The Minister of Justice Legal and Parliamentary Affairs Ziyambi Ziyambi as well as the JSC immediately appealed the judgment. It was only on 27 May that the Malaba and all other judges of the Supreme Court and ConCourt filed a Notice of Appeal against the high court decision.

Prior to that, on 17 May, following the victory in the high court, the Forum held a press conference in which it explained that the judgment of the high court was a declaratur and was not suspended by the noting of an appeal.

However, on 24 May, Malaba simply decided that he was going to return to work. He did. He was defiant in doing so. He began to exercise the functions of the Chief Justice of Zimbabwe.

It did not bother him that he had not noted any appeal. Kika immediately approached the High Court on an urgent basis wherein he brought an application for contempt of court seeking an order for the incarceration of Malaba.

However, in his opposition to the application Malaba argued that the noting of the appeal had suspended the judgment of the high court.

This was a surprising interpretation of the high court judgement coming as it was from a carrier judicial officer who had the privilege to sit as the country’s chief justice.

The matter was set down for 3 June. It transpired through social media that one of the judges to hear this matter, Justice Webster Chinamora had been approached by JSC secretary Walter Chikwanha to ensure that the application failed.

Chinamora confirmed that indeed he met with Chikwanha though he denied that they had discussed this case. He recused himself from hearing the case all the same.

However, by the time he recused himself, he had already had access to the judges who eventually heard the matter.

The application was dismissed. The judgment effectively found that the appeals that had been noted were effectual and that further action was necessary if the Forum were to realise the fruits of the high court judgment.

The Forum sought to have an order Malaba shall immediately cease and desist from exercising the functions of Chief Justice of Zimbabwe either in a judicial or administrative capacity unless allowed to do so pursuant to the outcome of the appeals filed against the high court judgement.

A case management hearing was scheduled for 15 June at 2pm before a three-judge panel comprising of Justices Pisirayi Kwenda, Esther Muremba and Siyabona Musithu.

An hour before the case management hearing, the Forum filed a Notice of Withdrawal on this matter.

The withdrawal was received with mixed reactions. Those representing the respondents proceeded to court for the case management hearing insisting then that the Forum could not withdraw the matter that had already been set down.

The truth was that the matter had not been set down and none of the respondents had filed any opposing papers. The eagerness of this respondents to proceed with this matter was a surprise.

Some members of the public thought that the Forum had withdrawn the entire Kika matter, including the one that it has already won.

The Forum cannot withdraw a matter that has already been determined by the court. The high court was unequivocal. Malaba ceased being chief justice on 15 May. That is the position at law.

In between these events, on 4 June, a Bulawayo man, Marx Mupungu, represented by Lovemore Madhuku Lawyers, approached the Constitutional Court seeking an order nullifying the declarator granted by Zhou, Mushore and Charehwa.

Curiously Mupungu omitted to cite Malaba, Gwaunza and all the judges of the Supreme Court and Constitutional Court who were cited in the High Court matter.

Mupungu approached the court in terms of Section 175 of the constitution which requires the confirmation of an order concerning the constitutional invalidity of any law or any conduct of the President or Parliament.

He is arguing that Mnangagwa acted constitutionally when he accepted the medical report on the mental and physical fitness of Malaba and approved Malaba’s election to continue in office as chief justice for an additional five years.

Some three working days after the filing of the Mupungu application, the registrar of the ConCourt wrote to the parties inviting them to attend a case management meeting before Gwaunza.

Lawyers for Kika as well as YLAZ responded by addressing letters to the ConCourt registry protesting having to appear before Gwaunza who is party to the matter which she wanted to preside over.

Kika and the YLAZ were categoric that their submission to the jurisdiction of the ConCourt was to first be predicated on a bench comprising non-conflicted or affected personalities.

However, Gwaunza expressed disquiet over the way letters objecting to her presiding over the case management meeting were crafted.

She stated that she was not accepting that she was conflicted to the extent that she should recuse herself from presiding over a case management meeting.

She therefore proceeded to deal with matter and determined the timelines for the filing of pleadings in this case. She set 14 July as the day in which the ConCourt would hear this application.

On 8 July, the registrar of the ConCourt wrote to the parties in the Mupungu matter advising that it had invited Advocate Tawanda Zhuwarara as amicus curie (friend of the court).

Questions are being asked about this invitation. This is a bench with an interest in the matter which has now invited a lawyer to befriend it.

There is belief that Zhuwarara has clear instructions of what to say. Could it be that the bench has lost confidence with the submission made by Madhuku lawyers?

The fight for constitutionalism can be fought on different fronts. The Forum is happy with the impact of the fight in the high court.

However, it is becoming apparent that the Forum’s efforts to entrench ethos of constitutionalism and the rule of law are now under serious threat as the forces of authoritarianism appear to have regrouped and are staging a comeback. So 14 July will be D-day.

They will preside over their own matter, in their own court room and unashamedly trample on the rules of natural justice and judiciary integrity.

*About the writer: Masiye is a Zimbabwean lawyer.