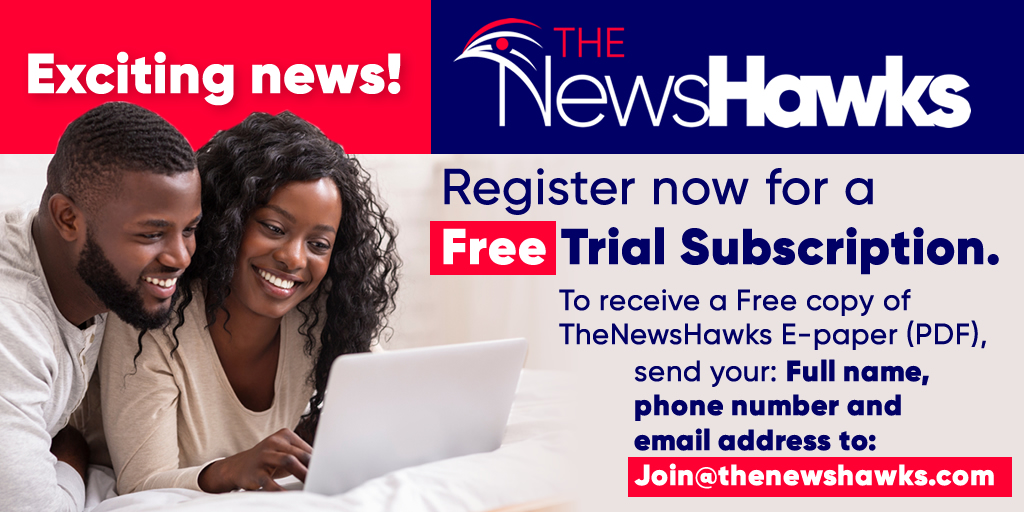 TODAY we finally launched our digital media platform in Harare operating as The NewsHawks, a new multichannel investigative journalism project (thenewshawks.com), established by a team of editors and reporters working with other professionals across the broad publishing landscape in Zimbabwe.

The newsgathering, framing, processing, packaging and distribution of content under this initiative will be done through an integrated media approach in which the production chain interfaces with different applications within the vast technological spectrum.

The project is designed to fill the yawning and growing investigative journalism gap in the media, not to replace what is already being done, by working with local, regional and international networks; leveraging technology in the digital publishing space, while also ensuring breaking news.

The spotlight will be on public affairs and public interest issues, with a specific focus on governance, accountability, corruption and service delivery. There will also be other activities of interest; training, capacity building and gender mainstreaming.

We need to prioritise training of a new generation of female investigative journalists to address structural and operational imbalances in the media.

Our Twitter account handle NewsHawksLive and Facebook page The NewsHawks are already running and gaining traction – 10 000 followers on Twitter in a week – not bad for a start-up.
The NewsHawks will be run by NewsHawks Digital Media which is owned by the Centre for Public Interest Journalism Trust. Its trustees are Beatrice Mtetwa, Raphael Khumalo, Professor Wallace Chuma, Teldah Mawarire and Doug Coltart.

The trustees provide a brilliant skills set which is a mixture of media, legal and financial experience. Four of the trustees, except Coltart who is a rising lawyer, have media experience.
Mtetwa, a prominent human rights lawyer, was a board member at Alpha Media Holdings (where most of our team worked) when Khumalo was chief executive there.

Chuma, now a media professor at the University of Cape Town, South Africa, was journalist at the now defunct Mirror Group of Newspapers in Harare and the Associated Newspapers of Zimbabwe.

Mawarire worked for the Zimbabwe Independent and the Mail & Guardian in South Africa where she became M&G Africa editor. She is currently the project director for Internews in South Africa.

Our funding model is a hybrid one; it combines funded and commercial activities to support the operation and ensure sustainability.

Funded investigative journalism is on the rise around the world, yet sustainability remains a big issue. Hence, the need for monetisation strategies on digital products, a difficult but not impossible proposition.

Our mission is to hold power in various forms and manifestations accountable. This means exposing abuse of power and office, and betrayal of public trust. It also entails shining the light in dark corners to uncover mismanagement and corruption, as well as leadership, policy and governance failures to promote accountability among public officials and state institutions.

We aspire to be the leading investigative journalism platform in the country, and gain traction, credibility and integrity beyond our borders.

This vision will be underwritten by quality, insightful and probing journalism. Fact-driven, truth-telling and high-impact reporting.

Our philosophy is that journalism is a science of verification. So until one verifies, it is not factual or true. Nuance is important here. Facts and truth are not necessarily one and the same thing, although they are closely related. Just like evidence and proof; they not necessarily the same, although related. Scientists, for instance, talk about evidence to validate their hypotheses, not proof.

Since journalists are not free from inherent personal, social and cultural biases – blind spots as some call them, verification becomes the mainstay and guarantor of objectivity, which relates to the method of newsgathering and processing, not the journalist’s mindset.

The process of verification is what separates journalism from other forms of communication; marketing, advertising, campaigning, propaganda and entertainment, for instance.

The essence of journalism lies in editorial independence and trust. Independence is a cornerstone of reliability.