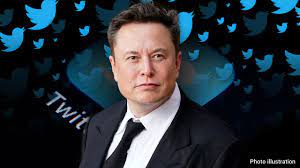 SOMETIMES when something is “trending” – as the terminology nowadays describes being one of “the words, subjects, or names that is being mentioned most often on a social media website or a news website at a particular time” – I prefer to let it simmer before weighing in.

Two notable persons trended in the last few weeks and there are lessons to be learnt from their experiences about human relations in the age of social media.

To trend or not to trend?

By the way, what I wrote in my introduction is the given Cambridge definition for trending. Notice that the definition does not offer value judgments about trending. We all know, however, that one can trend for all the wrong reasons which can range from being a brand accused of short selling customers/clients or being a celebrity who has “spoken their mind” about a sensitive issue.

Social media can also be abuzz with news about people’s wins, as happened when Zimbabwe’s cricket team beat Pakistan a few weeks ago and, more recently, with the launch of a satellite by Zimbabwe (ironically via Nasa). So the algorithms on social media platforms such as Twitter have a way of collating all that data and ensuring that there is a list for every territory of what is the most topical issue.

If you check on your social media handle of choice, you will see what or who is hot. It will be for any number of reasons. For example, earlier in the year, pop culture was transfixed with the incident at the Oscars when Will Smith slapped Chris Rock in front of a global audience.

The issue played out in the news and on social media for a bit and of course there was a reputational fallout for Smith as many fans of pop culture tweeted about it and shared the clips of the assault. The video clip went viral as it ran millions of laps on cyberspace and in many chatrooms. Some organisations were eager to distance themselves from Smith. Who wants to tarnish their image or soil their brand? It is a brave new world, to use a cliché.

Bravery is what you require however to do or post anything controversial on your social media platforms, especially if you have thousands or millions of followers or on the other hand are followed by someone who does! You might also want to pick an almost similar word in temerity.

At this point I would be remiss not to tackle the Kanye West debacle. Debacle because of the global impact and fallout of the hip-hop mogul’s misdeed on social media. Ye tweeted last month that he would go “death con 3 on JEWISH PEOPLE. You guys have toyed with me and tried to black ball anyone whoever opposes your agenda.” It is an apparent reference to the US military readiness condition scale with 5 being the lowest and 1 the highest known as DEFCON indicating the intensity of a national security threat.

The inference is that Ye was readying himself for some kind of battle with Jewish people. The tweet must be viewed within the context of his earlier post on Instagram in which he accused fellow hip-hop mogul Sean Diddy Combs of being controlled by Jewish people. Combs had criticised West’s wearing of the White Lives Matter T-shirt.

Ye was not amused and attacked Combs. Ye’s views have been widely lambasted and construed as prejudicial and race baiting. He has resultantly lost his corporate backers and the effect upon his income is likely very dire. He is in freefall. If as he alleges that Jewish folk control business in the world, what did he think would be the result of his tweet? Some issues are no-brainers.

Free speech in the age of social media

On the other hand, free speech advocates such as billionaire Elon Musk and ex-US president Donald Trump have appeared to remain supportive of the West despite the widespread backlash against him. There was even a short-lived campaign to raise funds to keep him a billionaire! It was predictably met with derision by some incredulous netizens.

Speaking of Musk, since he bought Twitter, it has been reportedly losing US$4 million daily in value. Musk is reported ready to “unleash the gates” of free speech upon the platform and some people are very nervous about it and leaving the s. But that is just a sign of how fickle and wild social media is. Some scholars who once dubbed the internet a “world without gatekeepers” may have to take their words back, considering that all the social media platforms have rules and policies against offensive speech.

Think about it: a whole president was suspended from Twitter! When Donald Trump was canned by Twitter I was awestruck. An American president is a symbol of power and the Twitter folk dared to shut him down with no apparent consequences! Not that I wished that any would be visited upon the company.

But I am a citizen of a country in which a politician holding the highest office can arbitrarily inflict mortal pain on citizens, so excuse me. Notwithstanding, free speech advocates felt that these platforms had crossed the line arrogating too much power to themselves. On the other hand, there were those who felt that the suspension of the then president was justified given his largely unsubstantiated claims about the outcome of the U.S. elections of 2020.Still, I do not think we can ever know the full story around this highly emotive

issue from our neck of the woods. Suffice to say that what is at stake right now is the power of the social media platforms to regulate speech on line. To the extent that we are plugged in and becoming increasingly dependent upon social media for companionship and even society, we are vulnerable. We can be whipped into line by global corporations who own the platforms. The freer we thought we had become to express ourselves online, the more bound we have actually become. Social media platforms gather our personal data. Take a wild guess how that data is utilised or where it ends up!

What is interesting for me has been the development of cancel culture. Cancel culture here is defined as the practice of boycotting offending persons and brands. To give perspective, West has over 30 million followers on Twitter. He has what is called influencer nowadays. Aside from being a multi-award-winning artiste, he is indeed a highly influential person. I imagine that when the likes of Adidas partnered with him for the Yeezy shoe brand, they took this followership into account.

This is the way of the world these days wherein the likes of Kim Kardashian parlayed their internet notoriety into million-dollar fortunes. Incidentally, Kardashian is West’s  ex-wife and it is fair to surmise that as netizens and corporates alike lambast her ex, she is heaving a sigh of relief that her “brand” remains untarnished and her wallet undented. But what exactly does she do? She is famous for being famous. I know this does not make easy sense. It is what it is.

No such thing as bad publicity?

Kanye West, who has long been known for his outspokenness over a range of issues, is an artiste whose influence spans music, fashion and politics. Forbes magazine had just last year put his net worth at some US$1 billion. Today he is worth far less, about US$400 million and plummeting. Corporate partners such as Adidas pulled

out of partnerships with him as did a couple of others including a major bank. Ye is not just a very talented creative who has produced seminal music for himself and other artistes, he is also a fashion designer and is behind the Yeezy sneaker line. But he is highly controversial. His previous comments about the Black Lives Matter movement and slavery have earned him a legion of critics who most probably have been dreaming of his comeuppance. To some, it does not help matters that Ye is a Republican

supporter of former US president Trump. While West was not cancelled for his pandering to perceived racist messaging during the Paris Fashion Week incident last month, he has apparently barked up the wrong tree with his offending tweet, yes it has cost him a lot of money. Ye has argued that his ongoing “cancellation” by corporate America proves he was correct about his insinuations about Jewish people. Now there are many lessons to take away from this whole issue. One of them is that bad publicity is bad publicity.

Again, yesterday, some 20 years or so ago you and I would not have been able to project our thoughts to the entire world at will without the agency of at least a radio, television or mass circulation publication outlet. The blistering immediacy of social media in terms of its ability to publish people’s messages to mass audiences is something we all must consider carefully. Bringing the matter closer home to many of us who

do not have thousands of followers, what we post on social media can and will be used against us come job interview time. You might find that some social media post from years ago can be dredged up and used to portray you in a manner which may not reflect your current worldview. Remember this phrase: “The internet never forgets”. When you tweet or post a message on social media, people will engage with the post and, depending on their own interests, they might like, screenshot, retweet or

forward it. There is co-creation taking place all the time. Bruckman (1996) posited that: “Cyberspace is not Disneyland. It’s not a polished, perfect place built by professional designers for the public to obediently wait on line to passively experience it. It’s more like a finger-painting party. Everyone is making things, there’s paint everywhere, and most work only a parent would love.” One tweet is really all that is needed to ruin a good reputation.

We are not as anonymous as we initially imagined surfing the Internet. Just the other day, a Nigerian man was accused of releasing the sex tape of Zanele Sifuba, the speaker of South Africa’s African National Congress Free State legislature. It is alleged that the young man released the sex tape of the politician after she declined to be blackmailed into paying R300 000. The tape has been trending. Have you seen the tape? It matters not. What is worth reckoning is that social media is a jungle and taming it is out of the question for now. Its fuel is humanity’s love for the salacious and frivolous. We simply cannot wait to forward titillating stuff. Social media, what a beast thou art!

On the brighter side, terms such as tweet, app, email, followers, handles have entered into the contemporary communication parlance. You know you are not plugged in to this matrix if you do not know what it means to slide into someone’s DMs for example. It means that you are one of the dinosaurs running into extinction.

Do not forget that fortunes have been made from social media by those who understand how to navigate its tricky realm.