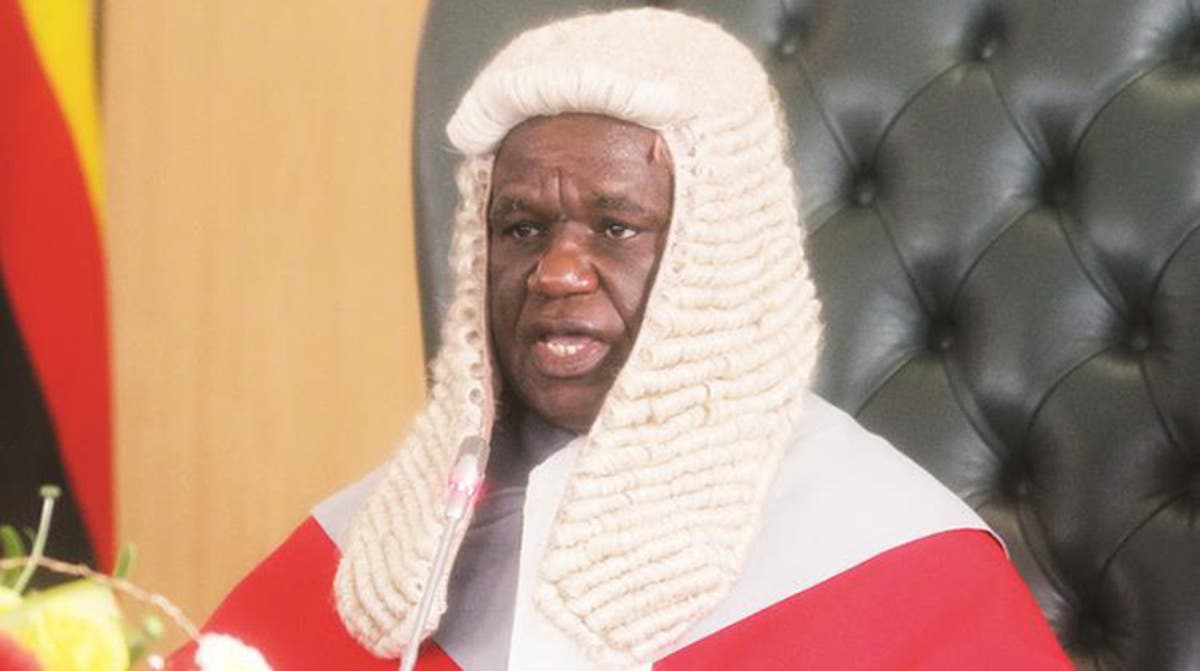 This week South African-based Zimbabwean lawyer Tererai Mafukidze continues to trace the genesis and development of Zimbabwe’s judiciary and legal system from 1890 after the arrival of the British Pioneer Column which colonised the country through the British South Africa Company (BSAC) to the present, focusing on the role of politics and the social environment in the judiciary, and their nexus, especially in the appointment of judges and the chief justice in particular – and the execution of their duties.

Laidlaw case
THE case of William Hopkirk Laidlaw involved a white farmer who found an African named Neti walking past his land and suspected that he had deserted from working at a neighbouring farm.

With the assistance of his African workers, Laidlaw tied Neti to a tree and kept him there overnight. He was found dead the next morning. There was evidence that the deceased had been severely assaulted. The workers who had assisted the farmer deserted work and went to the police and confessed to what had actually happened.

At the first trial which was held in Salisbury, the jury, which was required to be unanimous, could not agree on the verdict. During the second trial, which was moved to Bulawayo, Laidlaw was only found guilty of assault and sentenced to six months in prison. The verdict was based on nothing other than racial prejudice.

The case so shocked the High Commissioner at the Cape in South Africa, where appeals were made and who had the final say, that he remonstrated to the Administrator of Southern Rhodesia, saying:“…it was essential to persuade that small minority whose moral standard had become so depraved and deformed on questions affecting natives that any attempt to build up any part of the British Empire on any other foundation than that of justice can only end in its utter destruction.”

Attorney-General Clarkson Tredgold complained that in Salisbury even in the clearest case he could never get the white jury to convict a white man of offences committed against a native.

He campaigned for the abolition of the jury system and the return of trial by judge and assessors. On the other hand, he did not receive support from the settlers who sat in the Legislative Council. They saw this as returning judicial power to the BSAC which appointed the judges.

The Battlefields case
This was immediately followed by the Battlefields Case five months later. Four white men, Murdo Macauley, John Fraser, George Murray, and James McBryde were charged with a lower offence of culpable homicide in case that should have been that of murder.

Two workers Mangesi and Sixpence had been killed at Battlefields. The case was heard by Justice Watermeyer in 1908. Three African men had been arrested following an alleged theft of two pounds from Rev. Davies.

For three days, the three Africans were flogged brutally by the four white men. At the end of the third straight day of attacks, the three were released. Mangesi died within 24 hours of the release, while Sixpence died within a week from the injuries.

There was no dispute about the beatings over three days.

The medical doctor Mackenzie who did the post-mortem attributed Mangesi’s death to a combination of shock, a weakened constitution and a chill which caused pneumonia.

As for Sixpence, he attributed his death to pneumonia. The prosecution and jury sympathised with the white accused. After 20 minutes of deliberation, the jury returned a verdict of not guilty on all charges and the men were released.

Again, this showed that juries were always ready to excuse the killing of blacks by whites. One of the men who wrote a letter to the editor of a newspaper supporting the jury verdict was Sam Lewis — of whom much will be told below.

After the Battlefields case, Lord Selbourne who was the High Commissioner at the Cape wrote to the Administrator of Southern Rhodesia about jury trials: “These two miscarriages of justice (Laidlaw and Battlefields) are a stain on the British name; they also constitute a public danger. Not only is it a matter of national honour that justice should be administered fairly between man and man of every colour throughout the British dominions, but I am profoundly convinced that it is only possible for a mere handful of my fellow countrymen to fulfil their task of governing vast bodies of natives if they rule them with scrupulous justice as well as with absolute firmness.”

The Singana case
Injustice can never get any worse than in the case of one Singana. He was a Malawian who had walked all the way from his country to find work in old Mutare as a housepainter.

On 18 October 1908, he was walking into the police compound when one white lady walking out named Miss Janette Falconer identified him as the man who had attempted to sexually assault her the previous evening.

Singana was tried by the Watermeyer and jury in Salisbury, but the jury failed to reach a verdict because of differences regarding identification of the suspect.  At the second trial, Singana was found guilty of attempted rape of a white woman and sentenced to death.

As was required, the death penalty had to be ratified by the British High Commissioner at the Cape. Lord Selbourne examined the transcript and was doubtful of the correctness of the conviction. He wrote to the Resident Commissioner Fair: “Under these circumstances I feel the gravest doubts as to whether he was rightfully convicted at all.”

Notwithstanding, Selbourne then commuted Singana’s death penalty to 10 years imprisonment with hard labour. Selbourne, bless his soul, did something more than just to alter the sentence. He ordered that an inquiry be held into the matter.

The decision caused an uproar in the white community. Not any less hurt was Watermeyer and Tredgold senior, whose son was to later become Chief Justice. Tredgold had prosecuted the case. Watermeyer, Tredgold and the complainant Falconer defended the jury verdict and sentence.

A Mr Hulley of the Native Commissioner’s Office in Mutare was appointed to conduct the inquiry into the case. He did a remarkably thorough job and uncovered witnesses that had not been spoken to or sought during the investigations.

An African man named Saulus confirmed that at the time of the alleged attack outside Cecil Hotel in Salisbury, he was with the convict Singana some 20 minutes away from the scene of the alleged crime.

More evidence began to emerge that Singana had been wrongly convicted. Hulley uncovered a man named Shikube who was employed at the Bank of Africa as some kind of guard. It was situated near Cecil Hotel.

Shikube’s duties included looking after a baboon kept at the back of the bank. The baboon had a habit of escaping. Shikube stated that on the evening of the attack the baboon had escaped again and he had finally found the male baboon on a tree.

He then chained the baboon and was leading it back to the bank when he came across Falconer. She was carrying a light. As he was about to pass her, her dog charged at the baboon and the baboon jumped on the lady. She fell down and he pulled the baboon off, and ran away with it fearing that it had bitten the white woman.

When this evidence emerged during the inquiry, even the sure-footed Watermeyer accused Falconer of having invented much of her evidence which had led to Singana’s conviction.

Upon receipt of the Hulley report, Selbourne pardoned Singana and he was released. Falconer subsequently wrote to Lord Selbourne asking him to reopen the case, but he refused.

As Jock McCulloch puts it in her excellent book Black Peril, White Virtue: Sexual Crime in Southern Rhodesia, 1902-1935: “In the context of Southern Rhodesian courts the Falconer case was unexceptional.

At the trial no testimony was offered in Singana’s defence and there was no forensic evidence establishing the intent to commit rape. Questions about the identity of the accused were ignored and the jury, like the bench accepted without reservation the victim’s account of the assault…”

The book deals with the panic which swept Southern Rhodesia in the period from 1902 until the mid-1930s amid the supposed sexual threat posed by the proximity of black men and white women. This resulted in the execution of innocent men for the crimes of rape and attempted rape.

Sam Lewis’s case
The case of Sam Lewis did much to assuage the feelings of whites who believed that the notions of justice being propagated by the High Commissioner were impractical. Lewis had two daughters.

One of them aged 15 years reported to him that a Bulawayo native newspaper vendor named Titus had been making sexual overtures to her. She claimed he had said he wanted to take her to the veld and have his way with her.

On 16 May 16, Lewis went to the offices of the Chronicle newspaper in Bulawayo where Titus worked and could not find him. He went the next day and found him. Lewis then sent his daughters home by cab and force-marched Titus to the back of the building.

He pulled a revolver out of his pocket and shot dead Titus in the head. Lewis then walked to the police and handed himself over. By noon he was out on bail.

A defence fund was immediately started and contributions were made by other white Bulawayo residents to his defence. He was charged with murder before and tried before Watermeyer and assessors. The trial was moved to Salisbury due to tensions in Bulawayo. Tredgold prosecuted.

Lewis was defended by Russell, later on a High Court judge, who described the supposed “insult” made by Titus in suggesting sex: “…when this insult, this degradation, comes from a native, one of the race which, rightly or wrongly, for generations past, white people have considered absolutely below them in the human ladder — where such an insult comes from such a person, I submit absolutely that human nature has its limits, and one can quite understand a man being driven to do what Mr. Lewis did.”

Watermeyer in his summing up to the jury was clearly biased in favour of the accused. It was no surprise that the jury took 10 minutes to discuss and returned and Lewis was acquitted.

The Lewis verdict was praised by newspapers, including the Bulawayo Chronicle which employed Titus, as a necessary response to native lawlessness. Some of the commentary referred to the need for settlers to defend themselves as the BSAC had failed to defend them effectively during the rebellion, which cost 600-700 European lives. The principal issues became the failure of the BSAC and the authorities to defend white women from native men.

Meanwhile, the British press was scathing in its criticism of the jury system that clearly favoured whites. Tredgold was particularly worried that the verdict enhanced the view that the settler community was not yet ready for self-government.

This was particularly worrying to him as the BSAC charter was coming up for review in 1914. He was embarrassed that he had moved the trial to Salisbury from Bulawayo to increase chances of a fair trial, but this had counted for nothing.

After the Lewis verdict, legislation was passed tightening the jury trial system by letting only a few better qualified persons sit as jurors. Despite these changes, innocent natives continued to be convicted of Black Peril offences, while guilty white men who killed natives continued to be acquitted. The unhappiness with the jury system led to the introduction of trials by a judge and assessors from 1927 onwards.

*About the writer: Advocate Tererai Mafukidze is a member of the Johannesburg Bar. He practises with Group One Sandown Chambers in Sandton, Johannesburg. His practice areas at the Bar are: general commercial law, competition law, human rights, administrative and constitutional law

Mnangagwa’s new dispensation regime: Nothing new, but the First Republic 2.0