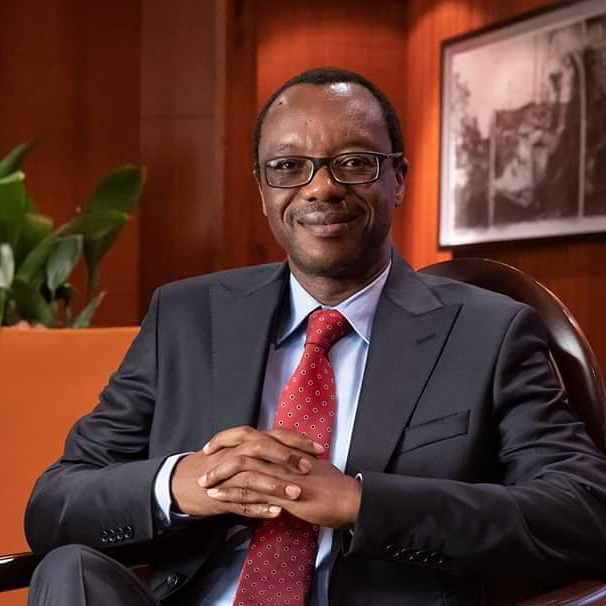 Tawana Kupe writes that Covid-19 has shown that the continent can unify and should continue to work together to beat its challenges.

Tuesday marked Africa Day, and 58 years since the Organisation of African Unity (OAU) was born.

As the precursor to the African Union (AU), which formed in 1963, the day is an opportunity to remember and pay tribute to those who were dedicated to their cause – the liberation from colonial oppression; the economic and political integration of Africa; and the restoration of dignity for every African man, woman, and child.

It is a day on which to celebrate our diversity and heritage and share dances, songs, and traditional dress from across the continent.

This time last year, we were all at home under Covid-19 lockdown restrictions. Today we are well versed in our “new unusual” yet also very aware of the reality of the third wave of infections, which Tshwane and other parts of the country have already entered into.

Please be careful to observe safety protocols and avoiding meeting in groups – there will come a time when our celebrations return to something resembling pre-pandemic freedom, but for now we need to exercise perseverance and sacrifice, something which our continent’s forefathers modelled to us in their dedication to attaining freedom for our continent.

We are all very aware that Africa faces myriad complex and complicated challenges. To date, the World Health Organisation (WHO) reports 4.7 million Covid-19 cases across Africa, including 127 000 deaths.

Lack of resources
The fact that the vaccine rollout across the continent has been delayed due to a lack of resources is just another example of African lives left at risk, or on hold while wealthier nations hit the reset button and move forward.

Much change is needed for sustainability and inclusive development to be achieved, and for Africa to thrive and become a knowledge-driven society that relies on itself for solutions to its own challenges.
I have been speaking about Africa a lot recently and for a good reason.

At the University of Pretoria (UP), we have adopted the posture of an African university, primarily South African due to location, but as part of a continent which has an undeniable connection; socially, ecologically, and economically.

We are passionate about its unbelievable richness in terms of the people, cultures, biodiversity, and environments and actively strive to address issues at a broader African scale, promoting research and networks across the continent.

Our Future Africa Institute and campus is an example of just this. We are excited about what is being achieved in this vibrant, collaborative space that has a vision to transform the world through African research excellence.

World’s future hinges on Africa
It may sound like a bold statement, but the future of the world hinges on the future of Africa.
Africa is the future, not just for Africans, but for the whole world.

Why is this? Africa’s population of more than 1.3 billion will double by the middle of this century, potentially rising to four billion people by 2100 – or around one-third of the world’s population. It is also the youngest population.

We have a unique opportunity to ensure that this young, fast-growing continent, brimming with promise, provides high-quality human resources to the west, which has an ageing population.
This reality was discussed at the recent Nobel Prize Dialogue hosted by UP, under the topic The Future of Work.

The esteemed event, which included a unique constellation of Nobel laureates, key opinion leaders, policy makers, students, researchers, and the general public, was the first Nobel Prize Dialogue to be hosted in Africa; another milestone in the quest to reimagine our continent in the global context.

On Tuesday evening, I attended another significant inaugural occasion as UP and Future Africa partnered with the African Genius Awards, which honour exceptional Africans that espouse the values needed to take Africa forward.

Dr Sifiso Falala, who founded the initiative, made the statement:

“An anomaly that needs to be addressed is the rarity of using the words African and genius together in the same sentence”.

The awards seek to promote a new narrative, elevating and celebrating outstanding individuals who possess unique skills that positively impact their communities. I am looking forward to meeting the 24 nominees, who will undoubtedly inspire and motivate many Africans towards excellent performance and build up African pride, identity, and genius.

The AU is guided by its vision of “an integrated, prosperous and peaceful Africa, driven by its own citizens and represents a dynamic force globally”. I am encouraged to see so many advancements which are in complete harmony with this vision.

Our forefathers believed that the key to unlocking Africa’s potential lay in unity. I affirm that this is as true now as it was when they took up the mantle of pan-Africanism.

Our struggles may look different today, but let us take heart from the many heroic acts of solidarity seen in the Covid-19 crisis and examples of cross-border collaboration and sharing of knowledge and resources. Let us live by the war cry that an Africa united can overcome even the greatest of challenges.

*About the writer: Professor Tawana Kupe is Vice-Chancellor and Principal at the University of Pretoria.

Regional military intervention in Moza is a bad idea. Here’s why