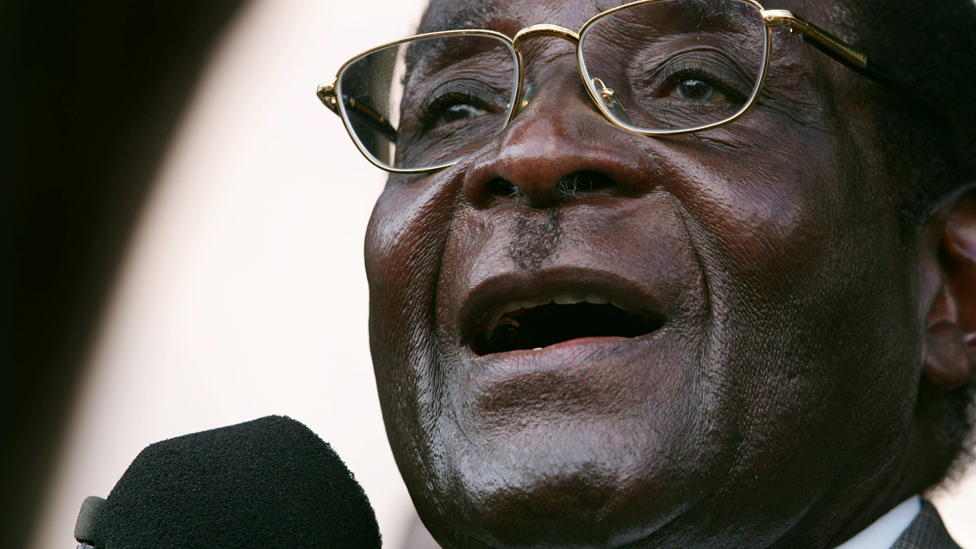 AS at April 1980, the High Court of Zimbabwe had a General Division and an Appellate Division. The judges were all 11 white males.

With Hector Macdonald, the Chief Justice, John Lewis Judge President and Harry Davies, the trio made up the judges of appeal and sat in the Appellate Division.
On Independence Day, 18 April 1980, Macdonald administered President Canaan Banana and Prime Minister Robert Mugabe’s oaths of office. He retired two weeks later as he had threatened to do if the Patriotic Front (in this case Zanu PF in coalition with PF Zapu) came to power.
But before he retired, Macdonald was determined to get his colleague Lewis appointed the next chief justice. So, on 14 March 1980, Macdonald addressed a letter to the prime minister-in-waiting Mugabe seeking a private meeting to discuss the next chief justice.
He referred to the “spirit of reconciliation which you have wisely fostered”. He was anxious to “establish the best possible relations between the government and the judiciary at the earliest time”.
Mugabe granted him the meeting which, according to Benjamin Goldin, former lawyer and judge, had a reconciliatory tone from Macdonald.
On 28 April 1980, two days before Macdonald was to take leave pending retirement, another meeting was held with Mugabe, the Minister of Justice and members of the Judicial Services Commission (JSC). Macdonald and Davies as members of the JSC were present.
Goldin records the discussions at the meeting as follows: “The minister of justice mentioned that Leo Baron was the government’s choice for the position, while Macdonald urged and pleaded for Lewis to be appointed.
His objection to Baron was that he had not been a judge of appeal in Rhodesia, and while there was no objection to his appointment as a judge of appeal, Lewis was qualified and deserved to be chief justice.
When Macdonald stressed his arguments by saying that failure to appoint Lewis would constitute ‘victimisation’ the prime minister (Mugabe) replied that he was ‘intimidating’ him.”
In the end the new government decided not to appoint Lewis or Baron to the position. It decided to appoint John Fieldsend.
Fieldsend had resigned in 1968 after the Unilateral Declaration Independence (UDI) and gone back to England where he worked for the Law Commission as its secretary.
He took the chief justice position on 1 July 1980 and had the approval and support of the other sitting judges. Baron was appointed to the Appellate Division. So was Goldin.
Baron retired on 28 February 1983. Fieldsend had been born in England. He was brought up in the then Southern Rhodesia and commenced practise in Bulawayo as an advocate. He had also been appointed a judge of the High Court in 1962.

The position taken by Macdonald and his appellate colleagues remained a sore point in the relationship between the bench and the new government.

The first black chief justice in Zimbabwe was a Caribbean named Philip Telford Georges. He had previously been chief justice of Tanzania.

Georges was initially appointed a judge of the Supreme Court on 1 August 1981.  He was subsequently promoted to Chief Justice in February 1983, and retired on 28 February 1984.

On the next day, on 1 March 1984, Enoch Dumbutshena was appointed the first indigenous chief justice of Zimbabwe.
Dumbutshena had been appointed the first black high court judge on 8 May 1980. He was promoted to judge president of the High Court on 21 March 1983.
If the political lecture delivered to Bishop Raymond Lamont by Macdonald in his 1977 judgment needed a rebuttal, one just needs to read the words of Dumbutshena published in his 1974 autobiography Zimbabwe Tragedy.
He aptly lays bare the difference between the white and black condition.
He states: “I was born and brought up in a country where for very many years an African was nothing, and racial discrimination was the accepted norm in life. The African existed to serve a white man. The Africans on the farms, the mines and in the towns accepted their lot and served their masters faithfully. Their accommodation and their wages were poor. They accepted that money and luxuries were for the white people…Europeans and Africans have never belonged to the same world in Zimbabwe. The white man’s world is one of luxury while that of the African is poor and drab…I loathe settlers who despise and discriminate against me because of my colour. I am angry because of what settlers have done to us Africans and to our country….They want us to accept that we are inferior in mind and body.”
Dumbutshena was a nationalist. He had entered politics in the early years of nationalism. His father Job Dumbutshena had been one of the leading trade unionists in the early years. Dumbutshena started off as a journalist.
He later on decided to further his journalism studies in the United States. So he travelled to London, but was denied a visa by the United States. He then decided to pursue law.
With the help of John Murray, South African former Southern Rhodesian chief justice from 1955 to 1961, he was accepted and tutored at Gray’s Inn before being called to the English Bar. Murray did not know he was helping a future chief justice.
During his time in London, Dumbutshena was the UK representative of Zapu. When Zanu was formed by some senior party members who had left Zapu, Dumbutshena elected to remain with Zapu. Upon his return to Rhodesia, he commenced practice as an advocate representing many nationalists.
In his autobiography, Dumbutshena does not hold back in describing the black conditions.
He states about oppressive laws and judges: “Today the white man slaps the African in more ways than one. By his law, he had deliberately created punishments that only apply to Africans. The Law and Order (Maintenance) Act passed by a Parliament under Sir Edgar Whitehead…was designed to meet the African demand for a greater say in the affairs of their country by introducing harsh penalties meant to discourage them from agitating for more rights.”
He was complimentary of Robert Tredgold of whom he said: “Sir Robert Tredgold, then Chief Justice of the Federation of Rhodesia and Nyasaland, resigned his high post because he did not agree with the principle of introducing laws meant to affect one section of the community and not the other. The application of the Act has amply justified the stand he took.”
His views of the Rhodesian bench were clear. Dumbutshena was scathing in his criticism of their political leanings stating:
“Unlike Sir Robert (Tredgold) his brother judges fight the battle of the white men. Through the bench and construe legal interpretations that give justification to the political motivations that led to the passing of the Act (Law and Order (Maintenance) Act). And one wonders how men imbued with Christian justice can pretend to sit impartially over judicial tribunals designed to further the political ambitions of the minority. It is painful to witness judges, whose intellectual abilities and understanding of the law are as good as those of any other judges in the world, twist legal tenets in order to support white supremacy. And the Law and Order (Maintenance) Act, especially designed to maintain white supremacy, lends the courts a legal cloak under which to suppress fellow human beings unashamedly.”
Dumbutshena describes his experience as an advocate practising at the Salisbury which was virtually all white. He states that he was told by his white colleagues that he lost cases in the magistrate’s court which they could easily win. He lost because he was black.
“So to win a difficult case in the lower courts I had to work twice as hard as my white colleagues. Not all magistrates are as bad as I have portrayed; there are some who are as fair as any in the world. But to the majority of them one is an African lawyer and therefore less important than a white one.”
He goes on to criticise the decision of the Appellate Division in Madzimbamuto and Baron cases regarding UDI and states that the judges were simply reflecting their personal attitudes and the overall question of white supremacy.
He went on to state that in the eyes of the majority of the African people in Rhodesia the courts of law of Rhodesia were part and parcel of the illegal regime and are bent on maintaining white supremacy.
Dumbutshena’s critique reflected the way in which law operates to maintain class domination.
The point is that law should not simply be regarded as part of the state machinery and coercive armoury of the state apparatus, but it must be understood as making a major contribution to protecting the interests of the ruling class and maintaining class and ideological domination, as the Rhodesian example clearly shows.
Ideological domination consists of those processes which produce, reproduce and reaffirm the existing social order, thus legitimising class domination.
The apparatus and processes involved in creating and reproducing ideological domination play a major part in ensuring the continuation of a particular social order, its attendant relations and values.

Key Rhodesian politicians and most judges worked hand-in-glove to ensure that.

*About the writer: Advocate Tererai Mafukidze is now a member of the Johannesburg Bar. He practises with Group One Sandown Chambers in Sandton, Johannesburg. His practice areas at the Bar are: general commercial law, competition law, human rights, administrative and constitutional law.

Gukurahundi in Zimbabwe: Epistemicide and genocide

Vaccine R&D and manufacturing in Africa: Execution has started!