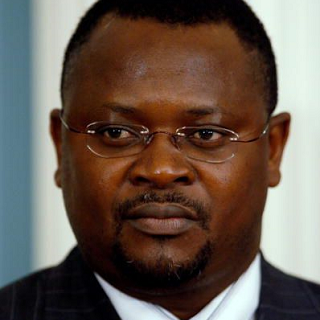 THE era of damaging personality-driven politics in Africa, including Zimbabwe, may soon be coming to an end due to democratic reforms by the African Union and changing political dynamics fuelled by a bulging youth population in the region whose demographic impact on democratisation is being felt across the continent, more recently in Zambia, a local director of a United States-headquartered think-tank has said.

This comes as Zimbabwe is preparing for the 2023 election following the contested 2018 poll in which President Emmerson Mnangagwa controversially beat main opposition MDC Alliance leader Nelson Chamisa by a wafer-thin margin.

Arnold Tsunga (pictured), Zimbabwe’s national director for the National Democratic Institute, a non-profit and non-partisan organisation working to support and strengthen democratic institutions worldwide through citizen participation, openness and accountability in government, said a raft of electoral and governance reforms currently being pushed by the African Union and the Southern African Development Community (Sadc) will open up the democratic space, electoral environment and make strongmen politics unsustainable.

“I think Africa is moving more and more towards greater democratisation. If you look at the policy architecture on governance that the African Union has designed for Africa, you will find that the participation of people in the enterprise of Africa in terms of governance, politics, economics and their own welfare is at the centre of African policy,” Tsunga said.

“You can also look at the policy architecture on electoral practices that the AU and Sadc principles entail on governance of elections. There is an expectation that the authority to govern comes from the will of the people and the will of the people has to be expressed in free, fair and genuine elections where fundamental rights are enjoyed. This means we have to move more and more towards a value-based system rather a system that is dependent on a strongman or a strongwoman. So I think the strongman politics in Africa is coming to an end, but we still have quite a number of strongmen in Africa.

“We have our own President here, ED Mnangagwa — he is a strongman… You also have in Rwanda President Paul Kagame, another strongman coming after the genocide and who may have been needed to try and bring society together. But he has been running Rwanda with very strong arm tactics and, as a result, you find there is now discontent on whether that model is fit for Rwanda. There is no option but to democratise.

“If you go to Egypt, you find that there is also a strongman who came from the military. Essentially it’s a quasi-military regime, again you see that the people have been rising and the only way in which stability has been maintained is through the coercive apparatus of the state. So you cannot have a situation where the relationship between citizens and the state is defined by use of force rather than collective submission on the basis that the authority is being exercised on account of what people would have wanted. I see personality-driven or strongman politics not being sustainable in the long run.”

Before the 2017 military coup which brought Mnangagwa to power, Britain – the former colonial power – wanted Zimbabwe to adopt the Rwanda model, which has been widely hailed and also questioned in terms of its democratic framework, form and content.
Soon after Mnangagwa came in, he forged close relations with Kagame and there were exchanges of ideas and expertise on institution and capacity building.

The Zimbabwe Investment and Development Agency (Zida) led by Douglas Munatsi is modelled along the lines of the Rwanda Development Board (RDB).

The impetus to fast-track the establishment of Zida came after Mnangagwa visited Rwanda and toured the RDB in 2018. RDB chief executive Clare Akamanzi visited Zimbabwe in April 2018.

The ruling Zanu PF and the main opposition MDC Alliance have begun rolling out campaigns targeting the youth ahead of the next polls, especially in the aftermath of the Zambian elections that brought President Hakainde Hichilema to power.

The youth were one of the decisive factors.

In the 2018 elections in Zimbabwe, the youth constituted almost 44%. Their demographics as registered voters are expected to surge above 50% in the 2023 elections, making a decisive factor.