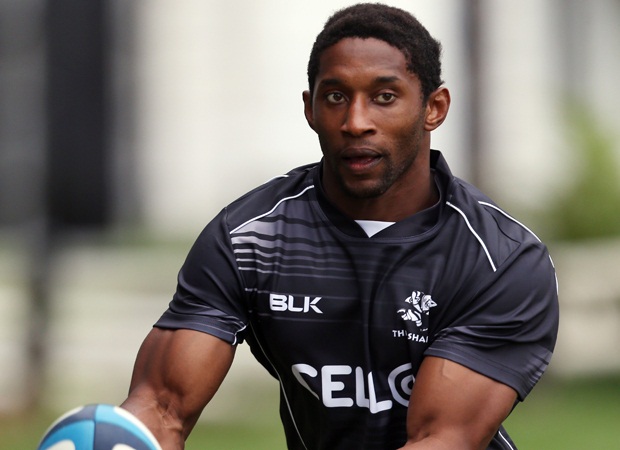 Zimbabwe, the only African nation to play in the first two editions of the Rugby World Cup before slumping for three decades, has been taking huge strides in ensuring that the 2023 tournament in France becomes the country’s first appearance at the game’s greatest stage since 1991.

To achieve this, authorities in the game have embarked on a recruitment exercise, searching far and wide across the globe for top-class players to bring together the best the country has to offer in efforts to clinch a World Cup place for potentially Africa’s best rugby-playing nation outside world champions South Africa.

Some of the players were born here and raised elsewhere, or both, and some born in the diaspora but of Zimbabwean heritage.

47 players – an assortment of experienced internationals, rookies, newcomers of quality – joined camp in Harare last Saturday to begin preparations for the first stage of the 2023 World Cup qualification campaign in July.

The Sables will play two Test-status “friendlies” against Zambia and arch-rivals Namibia in June, two against each, before travelling to Tunisia in July for two qualifiers against the host and a yet unconfirmed side.

The Zimbabweans are expected to pass this segment of qualifiers with relative ease ahead of the business-end of the World Cup quest next year.

And now Zimbabwean-born Chavhanga, the former South Africa dashing winger who was the Sables’ assistant coach in a successful quadrilateral continental tournament in 2019 before stepping down due to other pressing commitments, has revealed excitement over the squad named by his country of birth in its World Cup return bid.

“I think the selectors have done a very good job of selecting a lot of seasoned players, guys that performed particularly well last season (2019),” Cape Town-based Chavhanga told The NewsHawks this week.

“I mean, obviously if you look at captain Hilton Mudariki (Mudariki was stand-in skipper the entire 2019 season in the absence of the injured Brandon Mandivenga), guys like Tyran Fagan, you know, guys that did really, really well last time out.  The guys that were the cornerstone of our team have been retained.”

37-year-old Chavhanga, scorer of a record six tries on debut for the Springboks in 2005, in a home Test against Uruguay, lauded the blend of experience and youth in the Sables squad gathered in the Zimbabwean capital city.

“Even younger players that had their first season (in 2019) like Aiden Burnett, Godfrey Muzanargwo, and obviously, I mean, who can forget what Blithe (Mavesere) did, Blithe was quite exceptional in 2019 and he has been playing really, really well this year – him and Godfrey (both play Varsity Cup rugby for the University of the Western Cape in South Africa). It will be quite good to see other guys like Shingi (Katsvere), Shayne Makombe, you know, Dudlee (White-Sharpley), carrying on from where they left. It is also a great opportunity for other youngsters that were maybe not necessarily initially in the squad, but played a part in 2019, guys like (Tinashe) Hombiro. I think he is a kid with a lot of talent, especially at flyhalf, which is one of the positions we need a bit of depth at. I think if he can make that step-up, he will be a really exciting player to see and obviously Farai Mudariki is coming back into the mix, he is going to bring a whole lot of experience, having played at a very high level (in the UK Premiership) as well as Brandon Mandivenga, who was really troubled with injury.”

Another cause for great hope for Chavhanga is the presence in the squad of three new players that have featured at a high level of the game in New Zealand’s domestic rugby structures.

Prolific centre Brandon Mudzekenyedzi has starred in the Mitre10 Cup – the most competitive domestic competition in world rugby – while flyhalf Jason Robertson and loose-forward Mungo Mason were somewhere up there in New Zealand’s system before heading to the United States where they have teamed up with South Africa’s Zimbabwean-born World Cup-winner Tendai “Beast” Mtawarira at Major League Rugby (MLR) club Old Glory.

“Brandon is a special player,” remarks Chavhanga. “He has great pace and vision. He is versatile, and a great finisher. Mungo is physical, great ball-carrier, with powerful leg-drive as well as being a great defender. Jason has got really good vision. He makes those around him look good. I think this could be possibly the best squad that Zimbabwe has assembled in a long time and it’s testament of the fact that the players have all bought into the vision of Dawsie (Zimbabwe’s head coach Brendan Dawson) and, more importantly, the players value the honour of representing their country. So I’m really excited about the squad, I’m excited about what Dawsie is busy cooking. I think we all just must get behind the team and support them in whatever way we can. I’m very optimistic about our chances of making it to the World Cup.”

Explosive utility back Tapiwa Mafura, meanwhile, has not been released by Currie Cup side Pumas for the 2022 Tests despite the South African-raised star pledging his international allegiance to Zimbabwe.
Chavhanga, though, believes the Sables have enough firepower to sail through this year’s phase without difficulty.