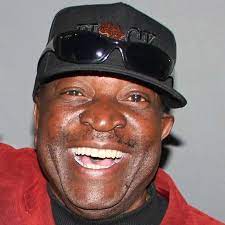 BEING unique is a feature that separates great artistes from the rest. Musicians who create new sounds, styles and beats tend to have an edge over others. Talk of Tuku Music, Chimurenga, Zora and even Sober music by the Popstar formerly known as Calisto “Bullet” Nyamhute.

And now emerging from a yearlong hiatus,Tanga WekwaSando has fathered a genre called ZAGGA. And it is nothing like anything you have heard before! Keen to probe what he means by ZAGGA, The NewsHawks spoke to the Wake hitmaker and he said the new vibe is premised on the traditional African mhande beat.

“Mhande is traditional beat from mostly Masvingo province and that is basis of ZAGGA,” said Tanga WekwaSando.

“But again the equation is (mhande + jiti) x Tanga WekwaSando equals ZAGGA. ZAGGA is Afro-contemporary music with a tinge of jiti and jazzy vibe to it.” But how did he come up with such a sound which is steeped in mhande traditional beat?

“I think everything comes from God. He is the one who created mhande and what I did was to tap into it. And build on that as the basis of the music.”

True to his word, Tanga WekwaSando’s multi-talents are reflected in his mastery of the sound of Afro-township jazz and jiti music as a singer, songwriter, recording artiste, producer and guitarist. His stellar career in Afro-township jazz is noted for his wide range of collaborations with other young artistes, including ExQ and many others.

While he had taken a back seat from mainstream music in recent years to concentrate on production, promoting young talent and other spectra of the entertainment industry, he remains undoubtedly one of the most recognisable and loved musical brands in Zimbabwe.

The new 12-track album, which brings his total albums to 15, features some re-done classics such as Wake and Buhera which now have English lyrics. If you listen to the two songs, you definitely fall for the new rhythm because it is like he has changed the picture and not the frame. Listening to the re-done Wake or Buhera, one is left with the impression that they are hearing these great songs for the first time. Fresh, raw and uninhibited.

The mhande beat cuts through the lingering melodies and the choruses. He sings: “Who will go to Buhera kuno tora mainini . . . the number of the phone 99 99 210” of course, it is something the old blokes will quickly rock to as it is a remake of the popular Buhera track.

Then on Wake he also brings that new flair translating Shona lyrics into English and, although the lyrics change, the song does not lose its beat. On Makandinzwa Nani?, boy oh boy, the artistry is real.

He continues with the same formula using English lyrics here and there on that mhande beat. It is the sort of sound that Nigerian Afro-beat is made of. There is no sound that is as uniquely Zimbabwean as our own indigenous home-grown beat.

Newe is another track that makes for interesting listening. The mhande beat is dominant and good enough to move your head. Another song worth listening to is A E I O U, a love track just the way Tanga WekwaSando loves it. It is a feel-good track that makes it easy to roll back the years and reminisce about the good old days or appreciate music which resonates with your soul. Tanga WekwaSando needs no introduction and his reputation speaks for itself.

Born Ernest Tanga Kambadzo Sando on 1 August 1954, the music legend rose to popularity with Mahobho in 1995 and after releasing his debut album Wake in 2000 continued to grow exponentially.

Tanga grew up in Harare’s Highfield suburb. To add to his already illustrious credentials, he holds an International Economics and Finance degree from Indiana University in the United States. Tanga began his music journey way before Zimbabwe gained Independence around the 1970s when he played the tambourine and the saxophone for the Salvation Army youth band.

His music is known for its unique feel that creates harmony in expressing an amalgam of emotions. He is now taking it a step further by developing ZAGGA, a contemporary Afro-beat derived from traditional and cultural mhande and jiti rhythms.

Tanga wekwaSando is one of the few remaining artistes from Zimbabwe’s golden generation and has been recognised as a master of his art as a NAMA award winner in the year 2004 & All Africa KORA Award nominee for Best Southern African Artiste 2005 for his tracks like Wake, Nyenyedzi, Paidamoyo, WeKuMbare and others that topped the charts.

I have strong case against Mnangagwa: Musengezi