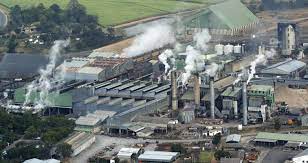 DESPITE low disposable income, strong demand from the domestic market saw 31% growth in local sugar sales for the first quarter to 30 June 2021.

Of the local sugar industry’s total sales volume of 98 718 tonnes, Hippo accounted for 52.1%, an increase from the 47.9% achieved in the prior year’s comparable period.

“Total industry sugar sales into the domestic market for the quarter at 86 843 tonnes (2020: 66 492 tonnes) were 31% above same period prior year due to a combination of strong demand and the non-repeat of supply containment measures implemented in prior year to curb then existing speculative trading on account of price distortions.

Although demand was strong on the domestic market, export sales for the quarter declined by 66% to 10 873 tonnes compared to 32 080 tonnes in the comparable prior year period as sales were maximised in the local market.

Kenya, a key regional deficit market, continues to be characterised by periodic temporary import restrictions which the industry closely monitors and responds to by supplying other deficit markets.

Price realisations on the export markets were 9% higher than in the corresponding period the previous year. Total industry sugar production for the period rose 27% to 128 044 tonnes from 101 063 tonnes produced during the same period last year.

Cane deliveries from the company’s plantations and private farmers were above same period prior year, having benefited from prior year carryover cane and an earlier start to the harvesting season, which began on 20 April, whereas harvesting began on 5 May last year.

While the sugar industry as a whole has not been significantly impacted by the Covid-19 pandemic as an essential service provider, Hippo has indicated it will continue to focus on mitigating supply chain disruptions. To date, the sugar processor has managed to meet domestic sugar demand as well as fulfill export commitments.

“Marketing is focused on maximising supply to the local market with residual stocks being allocated to regional and international premium markets to generate foreign currency for the company and the country,” said Mhere.

Additionally, the milling season commenced on schedule and is progressing satisfactorily.

“Barring unforeseen circumstances for the balance of the harvest season which is almost halfway through, industry sugar production for the current season is forecast at levels similar to last year,’” said Mhere.—STAFF WRITER

Banks wary of lending out US dollar loans