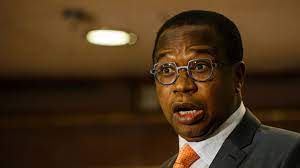 THE suspension of duty on basic imported goods will have a double-edged sword effect on some Zimbabwe Stock Exchange-listed companies producing fast-moving consumer goods, a local brokerage firm has said.

Last Friday, Finance minister Mthuli Ncube liberalised the importation of basic goods in a bid to cushion consumers from rising inflation triggered by a weakening domestic

currency and pass-on effects of Russia’s invasion of Ukraine. The goods exempted from duty for a period of six months are maize-meal, milk, flour, soap, salt among others.

Morgan & Co, a ZSE-registered stock broking firm, said the lifting of protectionist measures will have medium to high severity on some listed companies such as Dairibord, Meikles, OK Zimbabwe, Star Africa, Innscor Africa and National Foods.

The new measures, which came at a time capacity utilisation for the country’s manufacturing sector rose to 56.25% from 47% buoyed by growth in capital expenditure to boost capacity, will result in the proliferation of a thriving informal sector.

“We opine that a handful of listed consumer non-discretionary companies will be adversely affected by the cheap imports making their way into the country. Consequently we can expect margins to be depressed going forward,” Morgan & Co said in its research note.

“Cost containment will be of paramount importance to most retailers and manufacturers aiming to maintain operational profitability in the medium term.”

The measures, the report further reads, will have both negative and positive effects on milk processor Dairibord, adding that overally the severity will be medium. In 2021, national milk production was 79.9 million litres against demand of 140 million litres. Dairibord has therefore had to import powder to augment its raw milk production locally.

“The suspension of duty should benefit Dairbord’s operating costs going forward. However, the increased imports may also create competitive pressure on Dairibord’s milk and food products,” the report says.

Retail chain OK Zimbabwe, Morgan & Co anticipates, will be among companies hardest hit by the lifting of the import duty.

“We note that OK Zim has a much larger exposure to the lower income segment of the economy as opposed to TM Pick n Pay,” the report reads .

“Hence we expect the gazetted import measures to hurt the business’s sales in the coming months. A strategic focus on Bon Marche, hardware and home appliances should ensure that OK Zim can still tap into higher consumer groups. However, the company remains deeply embedded in the low-income segment with 50 OK stores, seven OK Mart Stores and only eight upmarket Bon Marche stores nationally.”

As winter sets in, sugar manufacturer StarAfrica, the report further shows, will in future record depressed volumes due to the influx of imports.

“The import duty suspension of sugar will most likely affect their flagship white sugar brand going forward. Star Africa currently holds a market share of circa 70% of the white sugar industry. Cheap imports of brown sugar will further dwindle demand for white sugar in the country, thus affecting the top and bottom lines of the business,” the report reads.

“Meikles is more directly affected by the new measures than most of the listed entities because they specialise in the retail of basic goods. The Zimbabwe Revenue Authority measures will most likely result in a pronounced and legalised informal sector, which is a threat to formal retailers.”