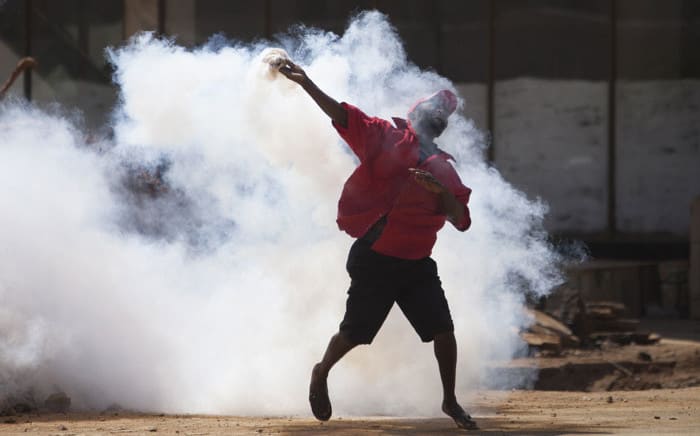 ZIMBABWE’S security services last year intensified the hounding of civic society activists at a time Zimbabwe is expected to redouble its international re-engagement drive following months of simmering political tension and drama, confidential documents seen by The NewsHawks have shown.

BERNARD MPOFU
Information gathered by this publication shows that law enforcement agencies have compiled a hit list comprising civic society leaders and other pro-democracy activists and have launched a crackdown on prominent figures lobbying for civil and political liberties.

A confidential document gleaned by The NewsHawks shows that the country’s police commissioner in charge of crime shows that over 20 individuals — who include former military, police and Central Intelligence Officers as well as civic society activists are currently being hunted by security services.

“Following a JOC  (Joint Operations Command) meeting held on the 10th of August 2020 on the backdrop of ongoing incessant attacks on the President of the Republic of Zimbabwe, His Excellency, Cde Emmerson Mnangagwa, the ruling party Zanu PF and the government of Zimbabwe by malcontents in Zimbabwe and in the diaspora who are working with our erstwhile colonisers to destablise Zimbabwe and pave way for an illegal regime change, it is hereby directed that all security services be on high alert and reinvigorate efforts to stop this anti-government campaign,” reads the confidential circular.

“The campaigns are not only to foment violence  and sabotage government’s ongoing efforts to revive the economy but to subvert a constitutionally-elected government and replace it with foreign-funded opposition political parties. This is a direct assault on our national defence and security system.”

It is also understood that the country’s intelligence services have intensified surveillance on opposition leaders, civil society activists and Western embassies in a well-calculated strategy to advance the narrative that these countries are fomenting dissent and instability in the country.

“Information gathered by our intelligence teams revealed that some ex-security services members are linked to serving members, connections which have led to the leaking of classified information into the public domain,” the document further reads.

“All commanders should therefore be vigilant and ensure that all officers under their command are committed to the objectives of this crucial operation. The under-listed individuals should be tracked and information that may lead to their arrest should be top priority.”

National police spokesperson Paul Nyathi: “I’m not aware of  the list. You are the first person to tell me about it. From the police PR position, we are not aware of that list.”

The old trick comes at a time the government has kick-started processes to criminalise interaction between citizens and officials from Western embassies as authoritarian repression and the crackdown on democracy activists escalates to new levels not previously seen in that regard even under the late president Robert Mugabe’s 37- year despotic rule till 2017.

Cabinet last year approved a law — the Patriotic Bill — that will make it illegal for citizens to meet foreign embassy officials without government approval.

The move — we which critics say it brazenly infringes on entrenched constitutional rights — will create a new Orwellian environment in Zimbabwe where secret and thought police reminiscent of George Orwell’s writings brazenly seek to suppress democratic rights.

Relations between the West and Harare improved after the 2017 military coup, with Mnangagwa promising political and economic reforms aimed at putting Zimbabwe back on the path to prosperity.

Mnangagwa promised to fight corruption and observe human rights, among other low hanging fruits, but high-level graft has increased, while cases of state-sponsored abductions and torture have exploded, resulting in widespread condemnation at home and abroad.