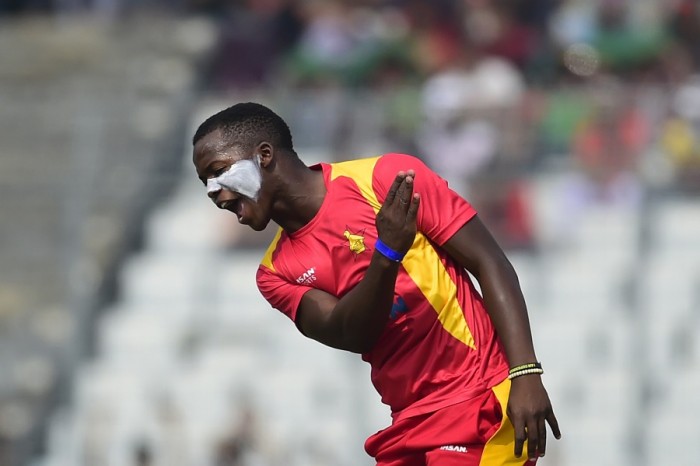 I WOULD have liked to hear what Luke Jongwe said back to Hasan Ali after the Pakistan fast bowler sledged the Zimbabwean number six batsman during the second Test in Harare between the two sides last week.

I am added in some forum where somebody wittily remarked that the face-up between Ali and Jongwe, from a Zimbabwean viewpoint, was the biggest take-away from the series, in which the hosts lost by an innings in both Tests.

Pretty ridiculous, is it not?

Not when you are a long-suffering Zimbabwean cricket supporter, who hardly has anything to cheer about over the past 16 years or so.

You see, quite a lot of cricket followers in this country have long given up on our team, the reason being that the cricketers themselves do not seem to be hurt by results.

So why waste emotions as a fan?

It reminds me of when our football team used to be the butt of jokes in this country, with many suggesting they would rather watch paint dry than follow the Warriors.

Things have changed a little bit, and currently we do have an exciting crop of Zimbabwean footballers, a generation that has given us hope that we soon could be a force to reckon with in this game on the continent.

It has taken generations, though, for us as a nation to come thus far in football, to have a national team that can make us believe again, troops we know can go to war and fight for us with pride – win, lose or draw.

Such transformation takes an attitude of sorts from the players themselves – pride, belief, maybe some arrogance – that you are as good as the next guy and that on your day you can defeat the best the world has to offer.

This is the kind of attitude that our national cricketers have long lost. The sense of inadequacy now runs too deep, to an alarming extent – you can only be second best as a Zimbabwean cricketer!
As in football, this kind of attitude could take a generation to eliminate.

That is why I felt Jongwe’s combative reaction to Hasan Ali’s psychological warfare last week represented a refreshing resistance to domination, an attitude that should be the hallmark of a next generation we envisage to bring back pride to the Zimbabwe cricket team.

Ali, man-of-the-series in the two match-series won resoundingly by the Asian side, tried to unsettle Jongwe with verbal sledges on the third day of the second Test.

Jongwe, who was out on 37, hit an exquisite boundary on the covers on the next ball, forcing Ali to return with a few choice words, which were promptly met with the same aggression from the 26-year-old Zimbabwean bowling all-rounder.

In the T20 series, on taking match-winning wickets, Jongwe even did a phone call celebration, with his shoe!

Having been out of international cricket for five years, you would feel that the slapdash approach associated with this Zimbabwe team has not affected the likes of Jongwe.

It is contagious, though, with this team, I fear.