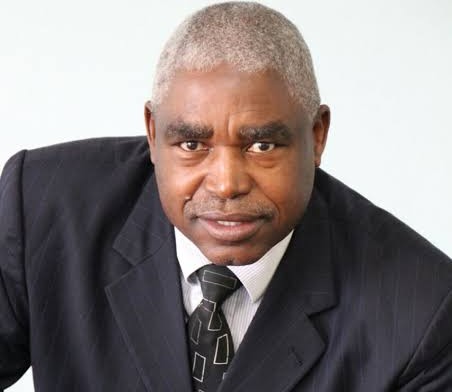 SHABANIE Mashaba Mine workers are pushing for the ouster of company adminstrator Afaras Gwaradzimba (pictured) for failing to turn around the fortunes of the asbestos giant for the near two decades he has been at the helm.

In a court application on behalf of Shabanie Mine workers on 17 May 2021,  the worker representative body the Zimbabwe Diamond and Allied Minerals Workers Union (ZDAMWU) cited Gwaradzimba as the first respondent and Shabanie Mashaba Mine Holdings (SHHM) as the second respondent.

“Evidently, by his own admission, the first respondent (Gwaradzimba) does not see SMMH returning to its former mandate. Worryingly, with the rest of his affidavit, the first respondent does not state what the new primary business will be, except laud how he is turning a mining giant into a real estate,” the workers said in their submissions.

Since the government seized the company, the asbestos giant has been dogged by serious legal issues, with Mawere challenging the seizure.

Gwaradzimba is believed to have indicated that the litigation process hampered the company’s development and made it unattractive to investors.

“Further the first respondent alleges that the litigation brought by the former owners of SMMH is a contributing factor to the lengthy period it is taking for the second respondent to be viably reconstructed.

“However, he negates to state the subject of the litigation brought by the former owners to allow assess the nexus between the litigation and the duration of the reconstruction,” the court documents read.

Workers are not convinced by the argument that investors are finding it difficult to invest in SMMH because of the litigation.

They have argued that Gwaradzimba must, “provide positive proof of all the investors he alleges were dissuaded from investing in the second respondent owing to the litigation instituted by the former owners of SMMH.”

SMMH, the parent company to Shabanie and Gaths Mine, owes employees substantial amounts in salary arrears.
The asbestos giant was placed under reconstruction in terms of Presidential Powers (Temporary Measures) (Reconstruction of State-Indebted Insolvent Companies Act) on 16 September 2004.

In terms of the Act, the minister of Justice, Legal and Parliamentary Affairs is empowered to vary the reconstruction order by removing Gwaradzimba.

According to the workers, Gwaradzimba has “neglected or refused” to pay current workers about US$19.2 million between January 2012 and November 2017.

The company is also said to have outstanding obligations amounting to about US$3.4 million to the Mining Industry Pension Fund and US$2.7 million to the National Social Security Authority.

In their court application, the workers have said according to the Labour act, “remuneration payable in money shall not be paid to an employee by way of promissory notes, vouchers, coupons or in any former other than the legal tender. For the avoidance of doubt, houses are not legal tender.”

Workers have described the action as unlawful and concerning that Gwaradzimba, “is bent on persisting on his unlawful exercise of disposing real estate assets of employees as part of his plan to set of their salary arrears.”
Gwaradzimba has also been accused of evicting former employees from their houses.

“As of 2006, SMMH had a total of 1 342 unoccupied houses. Considering this one cannot help but wonder why the first respondent did not commence his real estate business by disposing the.x unoccupied houses as opposed to the ones that would ultimately result in the evictions of past to present employees who are financially struggling,” the court documents read.— STAFF WRITER.